Gays in the Military 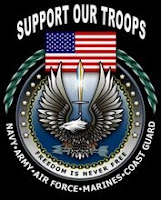 When I served in the U.S. military I knew two closeted homosexuals were serving in my unit. My version of “Don’t Ask, Don’t Tell” was not to tell because I saw no reason to “out” them and not messing around in other people’s lives has always been a policy of mine.

I was naïve enough to think that, if they wanted to serve and if they remained “closeted”, which is to say as long as their sexual preference did not interfere with their performance of duty, it was not my problem. Fifty years ago being gay meant staying in the closet or paying a price for being open about it. It surely meant not serving in the U.S. Army and these fellows wanted to.

Fast forward to the present when being gay has lost much of its former stigma. Ellen DeGeneres has her own popular talk show. “Will and Grace” was a successful sitcom. “Queer Eye for the Straight Guy” was popular for a while. Barney Frank came out of the closet and apparently Massachusetts voters did not care. The level of tolerance is, in many respects, nothing less than astonishing.

But! Gays are now hell-bent to get same-sex marriage as the law of the land. The very idea is obscene and a thorough-going challenge to a rational society. It redefines what is normal and being gay is not normal in a heterosexual world and never was.

In the White House, President Obama met with 150 members of the Lesbian, Gay, Bisexual and Transgender Coalition of the United Church of Christ. He told them that “I believe preventing patriotic Americans from serving their country weakens our national security.” He wants “Don’t Ask, Don’t Tell” repealed.

When the subject has come up with career military professionals whom I have known, they have uniformly opposed integrating gays. The general reason is “esprit de corps”, the need to ensure morale among the troops who must, in battle, utterly depend upon one another.

Having openly gay soldiers and other military share the same living quarters is a cause for concern among their heterosexual, “straight” comrades. It has nothing to do with “patriotism.” It has a whole lot to do with whom you’re sharing a communal shower.

More than 1,000 retired generals and admirals signed an open letter earlier this year supporting the ban on gays serving openly and predicted that a repeal of the current policy would endanger the prospects of an all-volunteer force.

Gays make straights uncomfortable to varying degrees. It’s not just bias. It is human nature. So, “Don’t Ask, Don’t Tell” makes a lot of sense. It did when I served and it does today.

I suspect many gays have served in the military and are presently on active service and, for that reason, I think “Don’t Ask, Don’t Tell” is the wisest policy.

Unfortunately, Sen. Kirsten Gillibrand (D-NY) is working with Sen. Edward Kennedy (D-MA) to draft legislation in the Senate to do away with the current policy. Sen. Chuck Schumer (D-NY) has announced he will support the legislation and reportedly there are 150 co-sponsors of a similar bill in the House.

America has fought many wars, most of them successfully, by maintaining a policy that excludes the openly gay from being in the military.

If President Obama thinks he can change human nature or ignore history, he is very mistaken. He should listen to the generals and admirals, but he probably won’t.

Abolishing “Don’t Ask, Don’t Tell” will be just another nail in the coffin of America and President Obama has been busy wielding a very big hammer of late.
Posted by Alan Caruba at 12:42 PM

I agree Mr. Caruba, and there is nothing "homophobic" about it either as so many love to say. I would not want to be performing such a dangerous job, having to have my sole focus on keeping my group safe and having to worry about anything else which is by all intent- a social experiment. Our soldiers have enough on their minds already. I suspect you are right on in saying obama will NOT listen to those who know better than he... the man is too narcissistic (sp?) to think someone knows better!
God Bless our troops! And God bless you~

Well said Mr. Caruba and I have to agree with Carolyn.
This is just one more step in, like you said, bringing America down.
I truly believe that the sin of Homosexuality is the 'last judgement' on a nation before it comes crashing down....and I speak of Canada as well..
Jesus is coming very very soon now and I REALLY can't wait :)
May God continue to give you boldness to speak out as you have here.
God Bless and Keep Israel Forever
Even So Come Lord Jesus