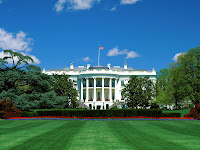 England had “Mad King George” who was probably bipolar and eventually went completely insane around 1810. It would take another ten years before his suffering ended and he passed away, but his powers had passed to the Prince of Wales by then. In those days they knew when people were crazy and even provided an asylum from which we get the word “bedlam.”

As the days and week go by, they might as well post a sign outside of 1600 Pennsylvania Avenue where our President conducts the affairs of state. It should simply say, “Welcome to Bedlam.”

One example of the kind of dangerous insanity circulating like swamp gas around the White House is Dr. John P. Holdren, Obama’s science advisor. He is so nuts that even The New York Times reporter, John Tierney, asked “Does being spectacularly wrong about a major issue in your field of expertise hurt your chances of becoming the presidential science advisor?”

When Bjorn Lomborg published “The Skeptical Environmentalist”, Holdren joined in an attack published in Scientific American that The Economist called “strong on contempt and sneering, but weak on substance.”

In a book that Holdren co-authored in 1977, the man who is now responsible for U.S. science policy advocated that women be forced to abort their pregnancies, whether they wanted to or not, not unlike the Chinese one-child policy. Holdren also thought that single mothers and teen mothers should have their babies taken from them and given to other couples.

Holdren thought it would probably be a good idea that the population in general should be sterilized by intentionally putting infertility drugs into the nation’s drinking water or food.

Holdren believed that those who “contribute to social deterioration” should be required by law to “exercise reproductive responsibility” or to put it in its purest Nazi terms, they should be sterilized.

As history reveals, the Nazis began by gassing the mentally challenged and moved on to wholesale genocide for Jews, gypsies, homosexuals, and everyone else deemed an enemy of the state.

Holdren, who served as president of the American Association for the Advancement of Science in 2006, holds views that are seriously out of touch with reality and totally out of synch with actual climate data.

Writing in Scientific American, he said, “the ongoing disruption of the earth’s climate by man-made greenhouse gases is already well beyond dangerous and is careening toward completely unmanageable.”

On July 13, the Space and Science Research Center called for the firing of Dr. Holdren and of NOAA administrator, Dr. Jane Lubchenko, while denouncing the Cap-and-Trade act, more formally and, in a spectacular act of mass deception, named the American Clean Energy and Security Act.

“These two individuals,” said the Center, “and other agency heads orchestrated and then signed off on the recently released government report, ‘Global Climate Change Impacts in the United States.’ This report was a piece of blatant, politically motivated bad science and pure propaganda intended to reinforce the ‘big lie’ that global warming is still a threat to the planet.”

Meanwhile, over at the Environmental Protection Agency, a 37-year employee and analyst who offered a report seriously challenging the accuracy of global warming data found himself literally silenced and then alleged to be mentally unstable.

The Environmental advisor at the White House is Carol Browner, a former EPA Director during the Clinton years, close friend of Al Gore, and someone who shares his radical views on the environment and global warming. She answers to no one, not even the White House press corps who has not been able to get a word out of her. For all we know she is in her office assaying chicken entrails and shiny stones to come up with more environmental advice for the President.

Did I mention that the Secretary of Energy, Steven Chu, thinks we can save ourselves from global warming by painting the roofs of our buildings white?

There must surely be a few sane people among the mounting number of “czars”, advisors, and assistants, but so far the results of their accumulated advice have been frightening.

The economy is in free fall, the Cap-and-Trade bill in the Senate is based on climate fiction, billions are being given to the least practical form of energy generation, wind and solar, and the White House is talking about “reforming” the nation’s health system.

Every day the White House treats Americans to the Crisis-de-Jour; the latest nonsense being a Swine Flu “pandemic” and a questionable vaccine that will be forced on school children and others.

To learn more about Dr. Holdren, click here
Posted by Alan Caruba at 11:51 AM

Well, the best I can do to add to this is to show how Holdren's fanaticism is not an isolated phenomenon. Yes, you've given a few examples, but you may not have this info., on James Hansen.
EAT BEANS OR DIE! (If you don't do it, they will force you to!)

"Off With Their Heads!"

In fact, if there is a sane or decent one among the lot of Obama's closest friends and advisors, I'd like to know who it is, and I defy anyone to come up with a single name.

But what do we expect when the one choosing the company he keeps is himself lacking a moral compass.

ytba,
you ask a very good question. The people surrounding the President include former Chicago politicans, former Clintonites, state governors that were pleased to jump ship before their terms were concluded, and some of his former pals were Black Power advocates, jailed real estate developers, and of course the former Weatherman domestic terrorists turned academics.

This administration reeks of "true believers", many of whom have no interest in proven science and lots of interest in social engineering.

Finally there is the lurch to the far Left the President is trying to take the country...presumably before he completely bankrupts it.

"......presumably before he completely bankrupts it"

Unless that's part of his strategy?

It would give him the perfect excuse to declare martial law, after which it would be much harder to stop him.

Is Hansen now a liability for them?

That's the problem with loose cannons, you never know which ship they'll sink, the enemy's or one's own, often both.

Obami is scary enough- but the czars!! Oh boy!

Hansen, in my view, has long been a liability because he was and is a loonytune saying crazy things like train cars carrying coal were the same as those who carried Jews to Auschwitz.

So, now that he has decried the cap-and-trade bill, he's burned a lot of bridge.

I think he is and has been unhinged mentally for a long time.

Beware the fanatical "true believer," because self-restraint just isn't a virtue for him, ...with all the risks (for others) that entails?

I think these guys should all come with their own personal MSDS (Material Safety Data Sheet) to include with their resumes - "caution, highly unstable and dangerous. Shouldn't be allowed control over others, or access to sensitive protocols of ANY kind. Keep isolated, and notify mental health professional at first sign of odd behavior."

Well, what do we do now?

Obama apparently has no good friends, advisors, assistants, czars, cabinet, etc. We are in serious trouble and how do we get out of it??

Louise, we support and participate in local "tea party" protests and, in October 2010, we vote the Democrats out of power in Congress.

The protests will "encourage" current Democrats in Congress to vote against Obama's economy-busting programs.

I hope you don't mind, Rich, but I cross posted your excellent comment here.