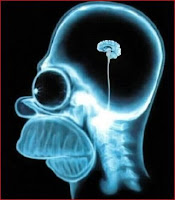 It’s horrible enough to think of the way school children have been deliberately and unnecessarily frightened by the teaching in American schools about “global warming.” Since the 1980s it has been part of the curriculum in schools throughout the nation, convincing a lot of children that the Earth was doomed.

It was difficult enough to grow up as I did knowing that the Soviet Union could annihilate most of the population with nuclear missiles or that their brand of communism could destroy the liberties Americans take for granted.

Ever since Jimmy Carter created the Department of Education, the nation’s educational systems, once among the best in the world and answering directly to local school boards, have produced a dismal record of general failure to teach the fundamentals of reading, writing and arithmetic. It was taken over by the National Education Association, a union, and a curriculum of liberalism has existed ever since.

American children grew up learning that the Founding Fathers were slave owners. They were forced to learn “fuzzy math” and “whole words”, two systems that left them unable to add or subtract sums without a calculator in hand and to read without some difficulty.

Schools became increasingly dangerous places, often requiring the fulltime presence of a police officer. In sum, schools, i.e. administrators and faculty, increasingly sought to place themselves between the student and his parents as the primary authority.

Now we learn that the Obama administration is imposing “education reform efforts” that will adopt “internationally benchmarked education standards.” They will become national standards. The incentive will be federal “stimulus” dollars. There’s more to learn about this at http://www.edwatch.org/,

It’s worth keeping in mind that “No Child Left Behind” is widely regarded as a failure and that all children do not learn at the same rate. Albert Einstein was deemed a dimwit because, for his first years, he did not speak much to anyone. NCLB became a “teach to the test” monstrosity that eliminated any creativity from the teaching process and produced results that, along with previous “reforms” left American students ranked way behind many other nations.

Instead of expecting children whose first language was Spanish or some other to learn English, bilingual education was introduced at considerable expense that ensures those most in need of learning English would have one more obstacle to overcome. Then schools were saddled with mandates for “special” students with disabilities who often cost local school boards hundreds of thousands of dollars to meet their needs.

What this indoctrination is all about is “a de facto federal curriculum” that will financially reward states that adopt what the DOE wants taught. Here’s where it really gets ugly. As Allen Quist of EdWatch points out, the curriculum will be “internationally benchmarked” which is a way of saying American educational standards will be determined by UNESCO, the United Nations education arm.

In practice this means children will be taught about the UN’s Universal Declaration of Human Rights, but might not get much or any instruction regarding the U.S. Constitution. As Quist puts it, “American schools used to teach the fundamentals of the United States, including the inalienable, God-given rights of life, liberty and property, as guaranteed by our Declaration of Independence and Constitution. Not any more. Our children will be taught that they only have those rights the UN says they have.”

Then, for good measure, throw in the UN’s Earth Charter which includes the “promotion of the equitable distribution of wealth within nations and among nations.” It also endorses nuclear disarmament, gay marriage, legalized abortion, and a general curriculum of flat out Earth worship.

The UN is unquestionably the most corrupt international institution on the face of the Earth. President Obama has just ensured future generations of American students will be indoctrinated with its belief system instead of the one our Founding Fathers gave us.

Is it any wonder that home schooling has become such a fast-growing trends among parents who do not want to turn their children over to a system that denigrates American values?

If you think this nation is being sabotaged by the White House, add education to the list of its handiwork.
Posted by Alan Caruba at 9:08 AM

There's no doubt in my mind that Obama and compnay's ultimate goal is global government. Just my opinion.

Great graphic.(homer)I'm borrowing it.On my blog I uploaded some new pictures in the my gallery section.
http://miketrani.com/gallery/

ACORN is in on this also.

I've always viewed "no child left behind" for what it is: "no child gets ahead." Think about it. If any one kid gets ahead, the others are then by definition being left behind. You sure can't bring the slower ones up, so you must pull the fast learners back into the pack of dullards.

Unquestionably, NCLB has resulted in supression of the best and brightest. Just what we need to compete in this world, eh? "Sameness."

Hi Mr. Caruba- I never liked the whole 'NCLB" nonsence either. They will be inviting a huge fight if they try to shove this on us homeschoolers! As for the forgery part in your comments, I read the same and found it VERY interesting and just piqued my interest even more. Oh I am such a radical! :-)
God Bless you Mr. Caruba!

Great points here, glad I found your blog, tell me what you think of the Left Coast Rebel - I'm an aspiring writer, we are 'peas of a pod'.

I have often wondered just how the UN would gain control in its goal of world domination and your excellent piece, Allan, has wiped the steam off the windows. The links say it all, too.
That the details of such an insidious education policy were written during the Clinton era shows the willful intent of succeeding administrations to 'outsource' America's future. America doesn't need enemies - they are already embedded. Obama and his pack are willing destroyers. Here, he is seen as a shining light of progressive vision.
A nation is what its children are taught - control that and you have the nation by the short and curlies.
I can see no such diversion or intent of education here, in the Philippines, as I keep a close eye on my daughter's 2nd year High curriculum. it's all good conservative/conventional stuff at this time. If any baloney surfaces we go to the heart of the matter at home. However,who knows how and when the UN's tentacles will reach into the institutions of developing countries?
Look at the UK and the deteriorating education standards, there. Supposed higher qualifications to enable university access (called 'A' Level examinations) have been dumbed down so much as to be rendered almost useless. Many universities are complaining that they have to embark on extensive math, English and science pre-entry, intensive instruction before they are ready, or able, to start thier degree courses, such is the poor standard of many entrants.
The home schooling method in the US is an excellent choice but should never be necessary. However, I wonder just when legislation will be levied on home schooling to bring it into line with the new, imposed 'learning' curriculum. After all, they can't have free-thinking, properly educated people slipping the net, they may corrupt the corrupted with the truth.

I believe it was Lenin who said; "Give me your children."

Left Coast...I do my best to discourage people from being a writer for a living, although for recreation is just fine.

The Internet has destroyed the market for professional writers. The ability to self-publish a book has created a flood of them.

I know too many veteran, formerly successful writers who are struggling to make a living.

Thank you, CC, but I essentially only link to sites that post my daily and weekly commentaries. If I linked to everyone who asked the list would be too long to be of any use to anyone. It is probably too long as it is.

So, good luck with your blog. I visited and was impressed by it.