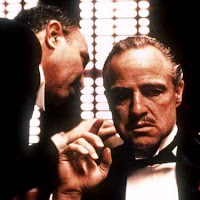 Having been born in New Jersey and lived here most of my life with time out for college and the U.S. army, I must confess I was a bit out of sorts over all the attention that Illinois and former Governor Rod Blagojevitch was receiving or the constant references in the press to that state’s record of corrupt political officials.

I was upset, too, when South Carolina’s governor grabbed all the headlines because he had a paramour in Argentina and, upon discovery, concluded it was just one of those teaching moments in one’s life to learn from while continuing to be governor.

So, naturally, I was delighted to see that New Jersey has once again reclaimed its title as the most corrupt State in the Union. This is a distinction that our elected and appointed officials do not take lightly.

I am pretty sure that, upon election to any office in the state, the FBI immediately opens up a file and then waits for the first informant to walk in the door, usually in response to having been cheated of his bribe money.

According to news reports, various federal officials participated in the arrest of forty people in early morning raids across New Jersey on Thursday, July 23. What caught my eye, however, was that it took ten years to achieve this coup and all of the cases were held together like a string of pearls by a single “cooperating witness”, a failed real estate developer named Solomon Dwek.

Using taxpayer money, Dwek trawled for politicians as well as some rabbis from Brooklyn, offering bribes for fictitious real estate and money laundering deals, netting the mayors of Hoboken, Secaucus and Ridgefield, among others charged with alleged criminal behavior.

A longtime columnist for the state’s largest daily newspaper, Bob Braun, opined that “if what the prosecutors are charging holds up in court, this case will go down in the crowded annals of New Jersey prosecutions as the moment when our politicians—and others—were proven, not just to be corrupt, but breathtakingly stupid.”

This raises the question of whether being stupid hasn’t become a de rigueur part of the resume of anyone running for office in New Jersey or anywhere else in the nation these days?

Corruption, greed, I can understand, but let it be said that the Mafia functioned quite well in its earliest days (and probably still) by spotting the kind of talent that avoided calling attention to themselves while reaping fortunes in ill-gotten gains. It wasn’t until flashy characters decided that the money wasn’t enough that they began to attract unwanted attention. This begot mobsters like “the dapper don”, John Gotti, who died in jail as the result of too much publicity and a pal who ratted on him. That’s what happens when you hang out with people of poor character.

The equation is reversed for politicians who thrive on publicity and then use their office to line their pockets.

Braun may have been a bit hasty in pronouncing the guilt of stupidity because, as we all know, people are presumed innocent until sent directly to jail without passing “Go” and picking up $200. That said, he's probably right.

A headline of one sidebar article on the arrests declared New Jersey “The Most Politically Corrupt Place on Earth.” That is pure hyperbole. There are nations in Africa, not to mention, Russia, and much of Asia and South America, that are far more corrupt than the Garden State.

Still, as states go, New Jersey has at last reclaimed its title as probably the most corrupt in the nation. The Republican candidate running for governor, Chris Christie, made his reputation as a district attorney who sent dozens of New Jersey politicians to jail. His opponent, Jon Corzine, the present governor is so rich he had no need to be corrupt although some observers think his former employer, Goldman Sachs, operates in a fashion that Don Corleone and Tony Soprano would admire.

Let me close by saying that New Jersey is home to millions of law-abiding citizens. It is, however, one of the great mysteries why they keep electing people of such poor character, judgment, and probity.
Posted by Alan Caruba at 8:37 AM

Sorry to hear about New Jersey's sordid claim to fame. Perhaps the citizens of your home state have no good politicians to choose from.

Or, as last November proved people are taken in by a good speech and empty promises.

Candidates for office are chosen by party leaders, usually the men who control the affairs of one of the 21 counties of the state. It doesn't generally have much to do with quality as with the ability to generate the money to run.

"It is, however, one of the great mysteries why they keep electing people of such poor character, judgment, and probity."

Perhaps for the same reason we continually elect the same type to Congress.