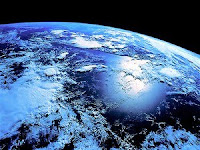 You begin with bad science, the kind that has no basis in fact. You get corporations to promote that bad science in order to increase their profits. Then you get the courts involved to rule on what those corporations are doing and when they incorporate the bad science in their judgment, you complete the circle of ignorance.

Somebody always ends up with the bill for this and it is always either the consumer and/or the taxpayer.

The process is called “rent seeking” when corporations attempt to manipulate public opinion and policy for their personal gain. Recently, Marlo Lewis, a senior fellow with the Competitive Enterprise Institute, a free market think tank, wrote gleefully about a decision of the Second U.S. Court of Appeals, State of Connecticut et al v. American Power et all, that concluded that states and other plaintiffs have the right to sue five electric utilities for creating a “public nuisance” by emitting carbon dioxide (CO2), thus contributing to global warming.

As I am wont to point out almost every day, there is NO global warming and CO2 plays no role whatever in the process by which the Earth warms. It is, however, the most hyped “greenhouse” gas, alleged to be responsible for the planet’s warming. No, the Sun is the most responsible for that and right now it is in hibernation, producing far fewer sunspots (magnetic storms) than in previous years. The result is that the Earth has been cooling for the past decade.
Apparently the judges, Joseph McClaughlin and Peter Hall, were unaware of this or, for whatever reason, thought that it was permissible to open the utilities to law suits anyway. They may have been relying on one the most stupefying decisions handed down by the Supreme Court that likewise declared that CO2 was a greenhouse gas and a “pollutant.”

How the Supremes came to the conclusion that a gas responsible for all the vegetation on Earth and thus vital to all life on Earth was a pollutant, defies understanding. We humans emit CO2 every time we exhale. The Court is not immune to stupidity, however, because prior to the Civil War, it ruled that Dred Scott, a freedman was, in fact, a slave on the theory, one presumes, that once a slave, always a slave.

Lewis noted that “These utilities for years have lobbied for carbon cap-and-trade schemes. Instead of opposing climate alarmism, they have helped to promote it.” The lies about global warming have come back to bite them!

In sum, cap-and-trade would allow the utilities and other producers or users of energy to makes heaps of money selling so-called “carbon credits” among each other. Think of it as a high stakes game of Texas Hold’m poker or the sale of indulgences by the Church that wiped the purchaser’s sins clean.

Now, instead of trading carbon credits, the utilities will be subject to endless consumer lawsuits for the high crime of producing electricity while emitting CO2.

One day after the Appeals Court decision, the Environmental Protection Agency announced that it had finalized new requirements for the nation’s biggest sources of “greenhouse gases” to publicly disclose their annual emissions “providing the necessary foundation for effective federal policy to reduce global warming pollution.”

If Congress passes the Cap-and-Trade bill that just barely passed the House and is now in the Senate for a vote, it will cost families approximately $1,800 more each year to heat, cool, and power their homes so that a handful of the very rich can get richer trading carbon credits while everyone else gets poorer.

If this sounds a lot like those mortgage loan “derivatives” that were “bundled” as assets and sold to banks and investments house, thus generating the greatest financial crisis since the Great Depression, you’re right.

It’s all very creative, but the court’s decision, the EPA’s regulation, and the claim that global warming exists are all utterly false. They are all lies piled upon lies.

And you as a taxpayer and consumer will be forced to pay for them out of your pocket.
Posted by Alan Caruba at 12:39 PM

Any partnering with the greenies will always….always…..come back to haunt us. They are irrational and misanthropic. The hate capitalism and they hate humanity! Every program they promote is dystopian in nature because they believe that mankind is the world’s worst virus. But what is despicable is that the corporations, government and media have become the handmaidens of their insanity; each for their own reason!

Paraphrasing Viv Forbes; “The public has been misled on this issue by an unholy alliance of environmental scaremongers, funds-seeking academics, sensation-seeking media, vote-seeking politicians and profit-seeking vested interests.”

With regard to lying politicians, when Joe Wilson shouted "You Lie!", how did anyone in that building know who he was referring to?
Speaking also of 'profit seeking vested interests'; an auto manufacturer in which Al Gore has a heavy investment was just given $529 million of taxpayer money to design and build a sports car which will be marketed in Europe for about $89,000 a copy. How's that for an "economic stimulus"?

Alan,
Hans Christian Anderson's story of the Kings New Clothes, made from a material that didn't exist, but was sold on the basis that only fools could not see it, has been re-packaged as man made global warming.

A pity the Judges haven't the wit to check out the science. Gullible judges and bent politicians?
God help America.

Mark Twain once said that, "It ain;t what you don't know that gets you into trouble. It's the things you know for sure that just ain't so."

Global warming is a perfect example, followed by "green jobs" and "renewable energy."

How can it be that the Judges are either too dim, or too lazy, to check out the science?

Don't they have a responsibility toward the taxpayer?

Seems to me the lawyer should be charged with criminal fraud, the shyster.

Your Honor, For the record, may I ask if is necessary to reduce all Greenhouse Gases? How about oxygen? Water vapor? Would that improve our life? Does "at what cost?" matter? Can we survive without photosynthesis? It's nuts.

Your Honor, For the record, do you find it necessary to eliminate all greenhouse gases to protect the planet? Would that mean oxygen, water vapor? Are all of them pollutants? Do we benefit from photosynthesis? Curious minds want to know. Thank you.