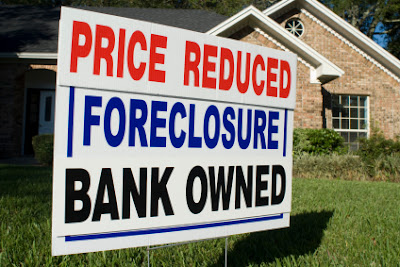 I have this theory that we, the adults, all function at the emotional level of 13-year-olds, the age of bar mitzvahs in which the young man can declare to the congregation, “Today I am a man.” (Insert laughter here)

They are, of course, not adults and must wait until the ancient age of 18 to vote and 21 to get plastered. At that age, one would think that getting a bank loan to purchase a home would be difficult. Until the housing bubble burst, it wasn’t.

Before the financial collapse of the housing mortgage market in late 2008, some banks were making “Ninja” loans—no income, no job, no assets.

In a recently published book, “How the West was Lost: Fifty Years of Economic Folly—and the Stark Choices Ahead”, internationally acclaimed economist, Dambisa Moyo, delivers the bad news.

“When, as early as the 1930s, the United States government embarked on an aggressive homeownership strategy designed to get millions of Americans on the housing ladder,” wrote Ms. Moyo, “it did not foresee what it was letting itself in for.”

“Distracted by the siren call of home ownership for all, policymakers inadvertently launched a fifty-year culture of debt and spawned a generation that set their economies firmly down a path of economic destruction.”

At the heart of the collapse were two “government-sponsored entities”, familiarly called Fannie Mae and Freddie Mac. “By promoting a strategy of broad homeownership sweetened by subsidy, Western governments have done more harm than good and are actually contributing to the demise of Western economies as a whole.”

Ladies and gents, I give you the socialist economies of Greece, Spain, England, Ireland, et al. To which one must add, of course, the United States of America, the greatest economy on earth since the end of World War Two and one that still generates a gross domestic product annually of $14 trillion.

Writing on CNNMonday.com, Chris Isidore summed up the problem. “When the dust settles, the federal bailout of Fannie Mae and Freddie Mac will be the most expensive government rescue of the financial crisis—it already stands at $153 billion and counting.”

American taxpayers are on the hook for the debt Fannie and Freddie accumulated before the mortgage loan collapse.

In October 2010, that’s what Emil W. Henry, Jr., the CEO of Henry, Tiger LLC and former Assistant Secretary of the Treasury from 2005 to 2007, proposed in a Wall Street Journal article. He suggested it was time to eliminate the government-sponsored entities (GSEs) “moving their activities to the private sector.”

How poor was the oversight by the Treasury Department? “By the mid-2000s, the GSEs’ process of debt approval had devolved to a single notification process of Treasury, without any formal process of approval.” Fannie and Freddie sent Treasury a note!

In January, Peter J. Wallison, a senior fellow at the American Enterprise Institute, was published in the Journal, “Moving Beyond Fannie and Freddie”, in which he wrote “If the 2010 election means anything, it is that the American people want the government to stop pursuing policies that put the taxpayer at risk for private failures.” You think?

“As off-budget vehicles with virtually unlimited resources,” wrote Wallison, “Fannie and Freddie were ready-made for political exploitation and advocates for low-income housing…by 2008 half of all mortgages in the U.S.—27 million—were subprime and other high-risk loans, often with little or no down payments by borrowers.”

Ms. Moyo wrote “Remember, these banking activities are not illegal. Banks and bankers are simply operating under the policies stipulated by the governments. These are the rules of the game.”

“It is perhaps no surprise that the industry which over time has shown the greatest appetite for risk is precisely the industry that had the most government guarantees on its debts: the banking sector.”

Now, if you have noticed that the word “government” keep popping up throughout this discussion to shutter Fannie and Freddie, it is no accident. They are creatures of the government despite the fiction that they were private enterprises.

The government controls all of the energy assets of the nation either as public land or through its regulatory apparatus.

It allegedly oversees the activities of Wall Street, but that didn’t stop Bernie Madoff from fleecing people of $50 billion. Or the “toxic assets” collapse.

It is the same government that not only can’t seem to find a commonsense answer to the awaiting disaster of Social Security, but it is the one that forced a bill through Congress—Obamacare—to increase the number of people on Medicare while taking $500 billion out of its account.

If 13-year-olds were running our government, these are the results you could expect.

The decision by voters to give majority power to the Republicans in the House and to elect some tough Republican Governors suggests that progress is being made against the excesses and abuses of power that have brought the nation to the brink of financial collapse. And that’s a good thing.

I'm curious if anything has really changed, or if it's ever going to change. I have a friend who is bipolar, and has always had difficulty managing her life. Her credit has been wrecked and repaired several times, and her income is weak, yet she is now in the process of buying a home, with absolutely no money down. She almost walked out on the deal because she couldn't come up with $200 to buy a stove, so the seller gave her a $200 credit to close the deal. I can almost guarantee you she's going to default on this loan...

Meanwhile, my wife and I got raked over the coals refinancing our newly built house. We have two incomes, no children, no revolving debt, multiple rental properties generating additional income, and a perfect credit history. Yet, we had to come up with nearly $30,000 in CASH to get our loan to value ratio down to 70% before they would refinance us at today's rates. The construction loan we had was at 6.75%, and all we wanted to do was roll it over into a fixed conventional mortgage at today's rates ...

When the banks did our appraisals, they all disallowed the value of all but about one acre of the twenty acres of land our house sits on, even though the land is paid for free and clear, making the loan to value ratio too high. Even with all the equity and assets we have, there was certainly no "zero down" loan available for us. I guess our situation just wasn't pathetic enough ...

We concluded that the banks were just using solid customers like us to shore up their portfolios, which are loaded with weak loans, but that doesn't explain why they're still making loans to people who live on a shoestring like my friend.

Who knows what their reasoning is, but it sure seems like they're still rewarding the irresponsible borrowers nowadays...

My understanding is that Fannie & Freddie are now holding over $5 trillion in paper, now guaranteed by the US government--the taxpayers. Of that amount, I have read that somewhere around 40% of it is toxic.

Given what's going on with fiscal matters in the US, it looks to me like just more never-to-be-paid debt.