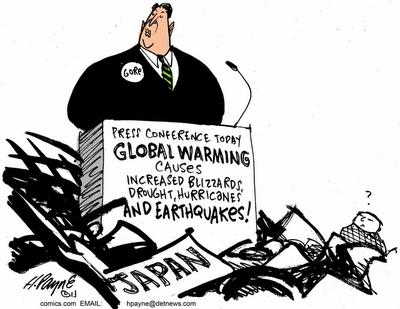 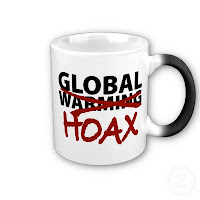 Have you noticed that you rarely hear “global warming” mentioned on radio or television and the term rarely occurs any more in the print media?

To borrow a line from Shakespeare, I come to bury global warming, not to praise it.

An early and unrelenting skeptic from the days it first debuted in the late 1980s, I rather instinctively knew that the only warming occurring was the same natural warming that always follows a cooling cycle; in this case the warming that began in 1850 after the Little Ice Age that began around 1300.

It never made sense to me that “industry” should be blamed for pumping massive amounts of carbon dioxide into the atmosphere when the amount of CO2 was a minuscule 0.038 percent with far greater amounts of hydrogen and oxygen that protect the Earth from becoming the galactic equivalent of a toasted marshmallow.

Then, too, like oxygen, all life on Planet Earth is dependent on CO2, a gas that the Environmental Protection Agency is actually calling a “pollutant.” That is so absurd that I was confident people would laugh the whole “theory” out the door when it was first proposed. But that was over two decades ago.

The end didn’t begin until November 2009 and the release of thousands of “Climategate” emails between the meteorologists supplying the bogus data that the United Nations Intergovernmental Panel on Climate Change (IPCC) used to generate the greatest hoax of the modern era.

Not since the discovery of the “Piltdown Man” had so many scientists allowed themselves to be taken in by a complete fabrication; one based entirely on falsified computer model data. Worse still, many climbed on board the global warming bandwagon to reap some of the billions in grant money involved.

The fact that “global warming” was generated by the United Nations should have been the red flag that something was not just wrong about it, but that it hid an agenda aimed at Western industrialized nations.

I think global warming gained credibility as much from the support of the leaders of Western nations as from the great difficulty skeptical scientists encountered in gaining any traction against it. To this day President Obama still prattles on about the need for solar and wind power to replace fossil fuels in order to avoid “climate change” from their use.

The current Prime Minister of Australia is busy trying to impose a carbon tax on that nation. The British have dug themselves a deep hole by embracing windmills instead of coal mines. Billions have been wasted by Spain and Germany on alternative energy sources.

The anti-energy agenda will have devastating affects on life in the West. Electricity consumers in the United Kingdom were recently told by the CEO of the country’s grid operation that, by 2020, they will have to get used to having no electricity for periods during the day and night. This will put the U.K. on par with North Korea. And the U.S. is not far behind if it does not quickly reverse current energy policies.

In the U.S., the leading voice for “global warming” became the former Vice President Al Gore who, following his defeat for the presidency ,set about becoming a multimillionaire with all manner of “global warming” projects and enterprises. He would eventually win an Oscar for his documentary and a Nobel Peace Prize that was shared by the IPCC. Today, however, Al Gore is a joke.

The legacy of “global warming” has been the decades-long attack on U.S. energy sources until today our vast resources of coal and oil remain in the ground instead of being available as the price of oil increases due to troubles in the Middle East and the cost of electricity increases due to laws mandating that utilities must buy from wind and solar electricity producers who would be out of business by next week without those government mandates.

The public acceptance of the “global warming” hoax has waned even as the mainstream media has tried to hide the truth. The rise of the Internet has seen to that and other more pressing, real challenges are shoveling dirt onto its grave. 9/11 refocused public attention on a real threat. The 2008 financial crisis still holds the nation in its grip.

The global warming corpse is not quite dead, but dead enough for now. The question is what new fraud will the United Nations and environmental organizations perpetrate? The “acidification” of the world’s oceans? “Species extinction” or “Invasive species”? Be assured, the UN mafia is at work on something.

Alan,
one of the things that will be, er, conveniently forgotten in the run up to the 2012 Presidential race is one of the first things President Obama said upon taking office, with respect to this Climate Change/Global Warming debate, when related to electrical power.

The President said he wanted to double electrical power generation currently provided from 'renewables' (using his words) in his first term.

That power can be expressed as the Nameplate Capacity of the plant which makes the numbers artificially large, because the actual amount is more correctly the power actually supplied to consumers.

In the run up to this election he might artfully use that Nameplate Capacity figure for just Wind power and solar power, and it actually seems that number could possibly approach that doubling.

However when it comes to power actually provided to consumers from just those 2 sources alone, it has currently risen from 1.9% to 2.2%, and that is in no way even approaching a doubling, and it will not increase to an amount double in the remaining time available, even were they to triple the construction rate of those Wind Towers, because that is where the main part comes from, Solar only addin 0.02% of all power consumed in the U.S. from both forms of Solar Power Gnereation.

However, the full scale of renewables takes into account more than just Wind and solar, and technically, there are four other methods, including Hydro Power, also classed as renewable.

When all these renewables are taken into account that amount of rise is from 9.8% to only 10.6% of total power provided to all consumers, and Hydro, which in fact has gone backwards makes up 6.2% of that current total as it is.

The President is either lying flat out, has not bothered to even check, or is being poorly advised by people who should know, or check the information before they put up on his teleprompter.

It has to be one of those, but whichever one, the general public is being sadly misled.

You would think that the media would check something like this. Well no, you wouldn't, I guess.

A very astute observation Alan, although I can't understand what is 'astute' about it, I thought everyone would see through all the hype and 'slight of hand' that is fed us about this issue.

You hit a few nails on the head in your blog and your observations on the UK hit home, I'm afraid to say.

Yes, they, ever so subtly, changed the phrase from Global Warming (too harsh) to climate change. Don't forget they changed the name of war to a theatre of war...sounds better for the masses, doesn't it?

I live in a part of North East England called Middlesbrough that was reliant on a few major industries, mainly coal and steel. These industries have gone now and being 'climate change' aware is now the driving force behind local job creation and the 'future' for us all.

Poppycock! If these people used common sense language then I may listen but when they spout lies and inaccuracies then I just get mad.

BTW the UK, by direction of the EU, have banned the incandescent light bulb and we are forced to use so called 'energy saving' bulbs instead, which is full of Mercury by the way, and are so dim that your eyes get strained.

Thomas Edison will be turning in his grave right now.

Great minds think alike, Alan, because I rejected "The Great Global Warming Hoax" from that day decades ago I first heard it announced in the Leftist Media.

My reason for rejection out of hand was my knowledge of history, for example, the Viking settlements in Greenland around 1,000 A.D. where they were able for a couple of hundred years to farm the land.

The world had no industry at that time, therefore, Global Warming and cycles of Global Cooling (I was aware of the fate of the Greenland settlements when the climate turned cold again after 1200 A.D. - the Viking Greenlanders all died from exposure, or starved to death) was part of the earth's natural climate cycles.

What will be the next Leftist Great Hoax? I do not know, there are several candidates waiting in the wings, but whatever the next bottle of snake oil the Left will sell, a vast army of independent Internet bloggers are waiting to expose it.

"Go right ahead with your hoax, Leftist Punk: MAKE MY DAY!"

Hahaha, you hit the nail on its head, Alan! Here in the international organization that I work, the "new" hot item is "biodiversity"! Which of course will be another reason to impose on everyone the order to use less energy, have less kids, abort, anticonception, and other holy grails of the international community, run by leftist elitist idiots...
Ed

@BigYin: England is a case history of everything that can go wrong with leaders adopt the global warming lies and put them in practice. Thanks for sharing the truth with us.

You know one of the really funny things about this entire hoax. The History and Science Channel family I believe are owned by the same people. they regularly air programs that in my view toe the line as to the Al gore climate agenda. Yet they then turn around in the very next program and air extremely fact filled programs that prove as ronbo for example mentioned that these things have been happening for centuries.

As in the case of the Japan earthquake, Mother Earth does her thing, man be damned!

@Joetote: I actually write a commentry some time ago saying you could lower your IQ just by watching the History Channel!

Hi Alan, as you well know the global has not warmed since 1998, just 12 years of gently oscillating temperatures causing by the swooshing of the Pacific Ocean.
http://www.woodfortrees.org/plot/hadcrut3vgl/from:1998/plot/uah/from:1998

The news reports are saying that the earth has moved 8 to 10 inches on it's axis... I wonder if that will bring on more warming or a new ICE AGE?

Inquiring minds want to know, and so far, the Goracle is silent...

@Glenn: The climate of the Earth has been in a state of change for 4.5 billion years. Calling "global warming" climate change is testimony to how stupid the perpetrators of this fraud think people are.

I personally object to the term "climate change" because it's just another way of continuing the hoax.

Most folks don't know that the Earth actually "wobbles" as it moves on its axis and that it actually bulges a bit at the equator.

I will start to worry when all the gravity stops and I find myself floating passed Jupiter.