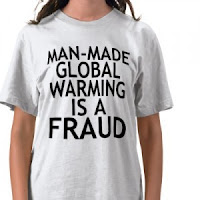 To understand what is behind all the talk, the legislation, the protests in support of “global warming”, now commonly called “climate change”, you have to understand the millions, if not billions, at stake for the liars who dreamed up this greatest hoax of the modern era.

There is no dramatic warming of the Earth. There never was though it has passed through periods of warming. The most recent mini-ice age lasted from around 1300 and ended around 1850; the Earth began to warm again to normal levels. Warming and cooling cycles, like Ice Ages, are well documented and warm is better because it produces greater crop yields, increased forest growth, whereas cooling endangers life.

The Earth entered a normal cooling cycle around 1998 and is still in that cycle. The Earth is at the end of an interglacial period between Ice Ages and it will enter a new one. The Earth is not heating up. It will get very cold and stay that way for thousands of years.

During the last Ice Age more than a third of the Earth was covered in ice and the air had less, not more, carbon dioxide (CO2). Carbon dioxide correlates with periods of warmth and the most recent such period saw the rise of human civilization and expansion of the human population during the current interglacial period.

Carbon dioxide plays no role whatever in “heating up” the Earth. In terms of the Earth’s atmosphere, it is a miniscule 0.038%. The rest is mostly water vapor. The amount of CO2 in the atmosphere is equivalent to one penny out of $100.00.

Volcanic eruptions produce more CO2 than human-related activity and there are at least twenty such eruptions from active volcanoes occurring as you read this.

If you shut down all the power plants, all the factories, all the bakeries, all commerce, the only result would be the destruction of the economy. Similarly, if you thwarted all coal, natural gas, and oil production, the agenda of the current administration, the only effect would be to render millions without jobs and without the capacity to turn on the lights or heat their homes.

Carbon dioxide is vital to all life on Earth because no vegetation can exist without it.

The UN and Green Organizations:

The global warming hoax is the creation of the United Nations and, in particular, its Intergovernmental Panel on Climate Change, the agency responsible for the Kyoto Protocols of December 11, 1997 intended to reduce CO2 production worldwide. What purpose is served by this? One answer is the weakening of the economies of industrialized nations. It is a little known fact that both China and India were exempt from the Protocols.

It has taken some nations a while to wake up to the suicidal effects of the IPCC program. In early November, Canada slashed the budget of its environmental program; in particular the ozone monitoring costs that were the result of the Montreal Protocol. If the U.S. was to follow suit, the savings would be billions. The EPA and NOAA budgets for 2010 were $10.3 billion and $5.5 billion dollars, respectively.

As recently as November 1st, the IPCC was claiming that weather events from the October snowstorm that hit northeastern U.S. and the record floods in Thailand were the result of—you guess it—global warming. It’s latest report asserts that it is “virtually certain” that the world would have more extreme spells of heat and fewer of cold. Thus, by this warped logic, warming causes blizzards.

The perpetrators of the “climate models” produced by the IPCC over the years were exposed in 2009 in what has since been called “Climategate.” Emails between them revealed the deliberate deception. It is estimated that the U.S. has spent over $50 billion on “climate research” since the late 1990s.

Support for the global warming hoax came from science journals and the mainstream media. The IPCC received a Nobel Prize. Al Gore’s documentary on global warming received an Oscars. It was all a lie, but the sale of bogus “carbon credits” reaped millions for those engaged until the exchanges offering them were forced to close their doors.

Much of the regulation being forced upon the American economy by the Environmental Protection Agency is predicated on the “control” of carbon dioxide and is directed at plants that generate fifty percent of all the electricity used daily and coal mines that provide that energy.

On November 8th, the Obama administration announced its intention to regulate CO2 emissions from power plants. On November 10th, it announced a delay in the authorization of a new oil pipeline from Canada. Environmental organizations such as the Sierra Club and Friends of the Earth were jubilant despite the estimated 20,000 jobs that were lost from the delay. There are some 50,000 pipelines in the U.S. that provide the energy we use daily.

We are witnessing the strangulation of the American economy by the United Nations, the Obama administration, U.S. and international environmental organizations, and much of the mainstream media that continues to report on “greenhouse gas emissions.”

We are long since passed the time for U.S. withdrawal from the UN and the shutdown of the EPA. Every day that passes is a nail in the nation’s coffin.

What more can one say? Now you understand the economic suicidal path Australia is on introducing the one and only national carbon tax in the world - starting at $23 per tonne (rising annually), which is double what the EU trading scheme is at. And for what? As you rightly point out, CO2 is only 0.038% of the atmosphere - of which man contributes 3% - of which Australia contributes 1.5%. By what China increased their emissions this year alone is what Australia produces annually. Obama is currently swanning through our country and even he said quite clearly that the USA is not considering a Cap and Trade scheme. And so, little Australia, with 22 million people, will go it alone, and with our money we will cool the planet. If one doesn't laugh one will start crying and never stop....

Lime Life: If Australia has an impeachment process, it needs to use it now or to organize a massive march on Canberra to protest the carbon tax.

If the path of the current administration continues, The American economy will be decimated. This 'agenda' is being pursued world wide. The result will be the end of industrialized society, massive reduction of crop yields, and rapid population reduction. I believe this is the real goal. Along this path to destruction, incredible profits will be made via the carbon credits trading scheme. If you are in the drivers seat, this is very lucrative. If you are just a passenger, better steady yourself, it will be a rough ride.

I honestly believe that when the cold really sets in and there can be no more argument that global cooling (an ice age) has begun, these people who have perpetrated this hideous global warming fraud on us should be rounded up and arrested.

@Alan - no impeachment and the Ozzies tried the route of demonstrations. Our biased Lefty media painted them as right-wing extremists! So, no more demonstrations and the people have accepted the tax as given. And then our PM has the audacity to say that our media is too Right wing so she's called an enquiry! Apparently, Rupert Murdoch selling more papers (because people buy them) is a threat to her government. Yeah, that's how they get us every time. Isn't democracy wonderful under a lefty socialist party? It is no accident that Gillard was fawning all over Obama when he was here. She recognises a kindred spirit.