The Threat of a Global Financial Collapse 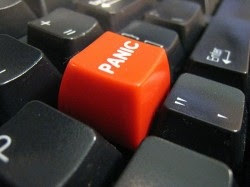 At present, the amount of the annual Gross Domestic Product, $14 trillion—the value of all the goods and services that generate income—is exceeded by the nation’s debts.

America is presently $15 trillion in debt and it grows daily.

In a November 21 Wall Street Journal interview, Erskine Bowles of the presidential advisory commission on the nation’s debt, said “If you take 100% of the revenue that came into the country last year, every single dime of it was consumed by our mandatory spending and interest on the debt.”

“Mandatory spending in English is basically the entitlement programs, Medicare, Medicaid and Social Security. That means that every single dollar we spent last year on national defense, homeland security, education, infrastructure, high-value added research—every single dollar was borrowed, and half of it was borrowed from foreign country.”

“That’s a formula for failure in anybody’s book.”

In truth, we are looking at a coming global financial collapse with experts from Credit Suisse to the Deutche Bank, the CEO of General Motors to Warren Buffett, all in agreement that the question is not if, but when.

It will come at a time when there is little, if any, real leadership to be found either in the U.S. or Europe, the most spendthrift of nations facing this crisis.

Thomas Jefferson, one of the most brilliant of our Founding Fathers, said “I predict future happiness for Americans if they can prevent the government from wasting the labors of the people under the pretense of taking care of them.” He also said that “It is incumbent on every generation to pay its own debts as it goes.”

Another Founding Father, James Madison, warned Americans against the concentration of power saying, “I believe there are more instances of the abridgement of freedom of the people by gradual and silent encroachments by those in power than by violent and sudden usurpation.”

Over the years, more and more power has been concentrated in the federal government and it requires the dismantlement and elimination of several of its components. Americans need to say no to the Departments of Education, Energy, along with the Department of Housing and Urban Development. These are all functions previously addressed by the states.

You will not find any of these activities specified in the Constitution. Consider when they came into being:

Education was established in 1953, originally as the Department of Health, Education and Welfare. In 1979, it was subdivided into Education and Health and Human Services.

The Department of Housing and Urban Affairs was created in 1965.

The Department of Energy was created in 1977.

Thus, between 1953 and 1979, a period of 26 years, the federal government took control of key factors of the nation’s affairs, most if not all are dealt with far better at the state and local level.

To these must be added Freddie Mac and Fanny Mae, two government “entities” responsible for the housing mortgage crisis and currently asking Congress for billions more to cover their losses.

Congress is filled with men and women for whom their position has become a sinecure as they are elected and reelected, some for decades But Congress has proved itself unwilling to govern the financial affairs of the nation. A recent vote in the House rejecting a proposed balanced budget amendment reflects this.

In 2012, the voters will have the opportunity to reverse this failure, electing men and women who will vote for term limits, a balanced budget amendment, and other necessary changes.

We have witnessed what happens when Americans lose sight of the vision of our Founding Fathers and the Constitution they bequeathed to posterity.

We are that posterity.

The present generations of Americans are obligated to save the nation or see it fail.

I agree, Alan, all the world's major economies will go down like a row of dominoes when either the European Union or the America's economy goes belly up!

This is because of the financial system the various socialist and neo-socialist regimes of the world put in place on the theory of "Mutually Assured Economic Destruction" - in other words the "New World Economic Order" built by the elites slowly brick by brick since the end of the Second World War by fiat (worthless) money and government regulations was simply, "Too Big To Fail."

Hmmm... I do believe the "too big to fail" theory was blown out of the water by the collapse of the Communist regimes in Eastern Europe in 1989 and the old Soviet Union in 1991.

In fact, the world is standing at the edge of a Super Great Depression predicted long ago by Ayn Rand in Atlas Shrugged that will make the 1929 to 1941 depression look like a mild recession, as many national governments, including our federal government and the socialist regime in China, will go down with the "unsinkable" economic Titanic as well.

Obama will go down in history as the finisher of a world economic collapse unknowingly begun decades ago by socialist planners in many nations; however, when America and the West rise once again Phoenix like from the ruins - and they will! - the new world will be one mugged by reality and led by the very intelligent rationalist laissez-faire survivors from "Galt's Gulch" whose motto will be, "NO MORE FREE LUNCHES!" and whose currency will be the gold dollar stamped with the American eagle.