What We Have Here is a Failure to Negotiate 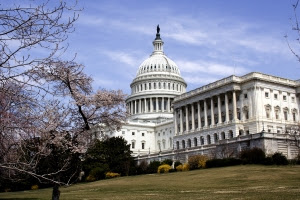 In the movie, “Cool Hand Luke” the warden of a prison camp utters the now famous line, “What we have here is a failure to communicate.” The decision of the Democratic members of the Congressional Super Committee to refuse further discussion of revenue issues is a failure to negotiate.

I have a friend, Jim Camp, who is one of the world’s authorities on negotiation, a coach to international corporations and others that engage in multi-million dollar deals requiring major negotiation skills. When the news was reported on Wednesday that the Democratic members had walked away from the negotiation table, I picked up the phone to ask for his reaction.

“We live in an era when the conventional wisdom is that compromise is the goal,” said Camp. “The real goal is a valid mission and purpose. What’s missing is that the committee as a whole is not focused on the real mission which is the best result for the American people and the nation. Instead, their goal is political gamesmanship, a massive over-reach by both parties to the negotiation.”

Based on more than twenty years of coaching negotiations, Camp said "Tactics do nothing more than create conflict." The news media reports on tactics, but Camp said “Neither party is negotiating to the benefit of the American people.”

What is at stake? It’s not whether Democrats or Republicans “win” the Super Committee negotiation.

Created under the Budget act of 2011, the law was passed the first two days of August when the nation’s $14.294 trillion debt ceiling was raised to avoid a potential national default. It was the fourth increase of the mandatory borrowing cap during President Obama’s first term; one that saw the first down-grade of the nation’s top credit rating in its history.

Consisting of six members each from the House and Senate, evenly divided between Republicans and Democrats, the official name for the Super Committee is the Joint Select Committee on Deficit Reduction. The amount of debt is comparable to the annual Gross Domestic Product, meaning that every dollar the economy earns is equal to the amount of debt that exists.

In the basic terms, Democrats want to raise revenue through taxation to address the debt and permit for more spending. Republicans have committed themselves to avoid such an increase during a period of recession.

The decision to walk away from the negotiation reflects one of Camp’s major warnings. “To act according to how you think the other side will react to you and your actions creates great conflict. To think you know what someone is going to do or say based on how you impact them is to attempt suicide.”

It would be naive to think that the Democrat and Republican members of the Super Committee are not negotiating with an eye on the 2012 elections. As a November 10 Wall Street Journal editorial notes, Republicans have offered a plan "to raise revenues by $500 billion over 10 years as part of a tax reform that would lock in lower rates in return for giving up deductions. Democrats have rejected it, which is puzzling since it would achieve so many of their stated goals."

Refusing to negotiate makes sense only if Democrats are positioning themselves to blame the Republicans for the failure to avoid another potential down-grade of the nation's credit rating. It's not the truth, but the truth is often a rare commodity in politics.

“What we are witnessing,” said Camp, “is a textbook definition of incompetence.”

All negotiation, says Camp, is based on emotion. When both sides share a vision of the end result of the negotiation it can move forward. When emotions blind one or both sides, it is doomed.

As a recent Los Angeles Times editorial noted, in order to slash federal borrowing by at least $1.2 trillion over the coming decade, “members will have to bridge a deep partisan divide over taxes, spending programs, and the effect of government spending on the economy.”

That is the mission, the purpose of the Super Committee, and the editorial warned that “If they have any doubts about the need to cut a deal, however, they should turn their attention to what’s happening on the other side of the Atlantic.”

The turmoil in Europe, based on decades of excessive borrowing and spending by several nation-states, is a reflection of how critical it is for the Super Committee to achieve its mission.

Automatic cuts, not guided by the need, for example, of maintaining our military strength could have disastrous consequences if the U.S. was perceived as weakened and vulnerable by its enemies. Diminishing our military capabilities at this time is not an option.

The Super Committee is an admission of the failure of the U.S. Congress to fulfill its responsibility to conduct the nation’s borrowing and spending in a prudent fashion and it’s been a failure in which both Parties have participated for a very long time.

The deadline for the Super Committee to reach agreement is November 23, the day before Thanksgiving and one side has walked away from the table.

I wish the Super Committee could bring Jim Camp in to help resolve the impasse. Simply stated, failure is not an option.

Editor’s note: Jim Camp is the founder of the Camp Negotiation Institute and the author of “Start with No” and “No, the Only Negotiating System You Need for Work and Home” which has been translated into twelve languages.

As I remember it, Paul Newman stood in the doorway, and uttered the 'failure' statement. He was then blown away by the posse. End of movie.

I suspect the Republicans will cave after a 'valiant' struggle to try to appease their base voters.

I saw this coming a mile away. The philosophical divide in this country has deepened, and has, in my opinion, become too deep to bridge with simple negotiations. By definition, conservative principles do not allow for much compromise on certain things ... specifically our constitutional rights, including but not limited to personal property rights, taxes, and the limits of governmental power. So many of these things are under assault ... and I think most conservatives feel we have been backed into a corner. I, for one, think we are at a major turning point in America, and giving more ground is simply not an option anymore if we have any hope of righting these wrongs and turning things around. So, while I would hate to see an impasse, I don't want to see the Republicans cave either. I hope that a failure to reach an agreement doesn't backfire and do more harm than good, but at the moment, giving ground just doesn't seem like an option to me.

The Super committee is doing exactly what it was supposed to do. Place the blame on Congress for anything that goes wrong. I should have been obvious from the very beginning that there could be no compromise, and I said then that they must be the dumbest people in the world to have fallen for this scheme. We have two irreconcilable positions here. One wants to put the federal government on a crash diet and the other wants to keep feeding Baby Huey until the highchair really does collapse. As for balancing the budget by rising taxes….baloney. These idiots will merely find new ways to waste this “windfall” of new revenue. We really do need to get that!

A few years ago in Ohio we had some new “emergency” that “required” a temporary sales tax increase that was to last for (I think) two years. Six months before it was to lapse there were legislators expounding how this tax should be extended indefinitely because we need to help____ (Fill in the blank). There are always “laudable goals” they insist must be attended to. For these people there will never be an end to crises that need more money. How many years can you compromise with people like this until there is nothing left? Compromise means everyone gives something up. All they ever got in return from these money grubbers is a short period of peace before they stated demanding more money. Every time you go past the half way point you come closer and closer to zero. We need to understand the difference between compromise and capitulation; and at this point in history bi-partisanship has been nothing more that capitulation by degree. Let them all walk out of the room because, as one entomologist once said, “there is nothing like a good epidemic to get things started”.

Is it any surprise that the Super Committee was Harry Reid's idea?