The Not So Good Old Days 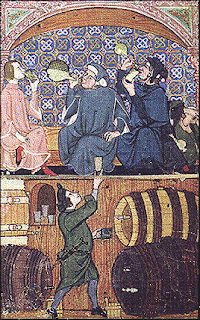 In troubled times it is human nature to cast a look backwards to recall “the good old days”, but anyone who lived through the latter half of the twentieth century has to look passed World War Two, the Korean War, the Vietnam War, the Iraq and Afghanistan wars, and the recovery from the Great Depression of the 1930s. There were a succession of recessions that followed. In other words, it takes an effort to squeeze out memories of “I Love Lucy”, “The Ed Sullivan Show”, rock’n roll, and Elvis.

Any number of really good things did occur, of course. The polio vaccine was introduced to end that too common scourge, followed by flu vaccines that ended formerly widespread illness and deaths. All manner of technology was introduced, not the least of which was television, something that did not exist in American homes until around the 1950s. There actually was a time before cell phones, personal computers, and, of course, the Internet.

Mostly earlier times are not taught in schools except in the most perfunctory way; those who have passed through the U.S. educational system since the 1960s are often blissfully unaware of the way people used to live before electricity, trains, planes, cars, and everything else we take for granted.

An interesting book—well, at least to me— is “The Time Traveler’s Guide to Medieval England: A Handbook for Visitors to the Fourteenth Century” by Ian Mortimer. Let me share some snippets from it and, when I am through, as awful as our present times may seem to you, you may thank a merciful God that you born into these, not former times.

You’re visiting Exeter in the southwest of England, one of seventeen cathedral cities. “Arriving in every one of these places involves an assault on your senses…your nostrils will be invaded by the stench from the sewage-polluted watercourses and town ditches.”

“A major town is an intimidating place. Already you have seen the desiccated remains of thieves hanging on gallows at windswept crossroads. At the principal gates of a regional capital you will find the heads and limbs of traitors on display. When you enter the city of York, the largest city of the north, you will see the blackened heads of criminals stuck on poles above the city gates, their eyes plucked out by birds. Legs and arms hang by ropes, each the relic of a treasonable plot, now riddled with maggots or covered with flies.”

“It is generally said that medieval men are in their prime in their twenties, mature in their thirties, and growing old in their forties.” What we call children are not children for long in the fourteenth century. They are out in the fields by age seven. In some towns, citizens as young as twelve can serve on juries.”

Today’s army won’t take you unless you are at least of voting age, but at age twenty, Edward III (13 November 1312 – 21 June 1377) declared war on the Scots and led an army into battle. He was highly respected by nobles, knights, and man-at-arms because, at twenty, he was already an adult in every sense of the word in those times. He was one of a handful of kings to rule England for fifty years or more. Today our generals and field officers are considerably older, but wars are still fought by young men.

In medieval times, a woman was in her prime at seventeen, mature at twenty-five, and growing old by her mid-thirties. Betrothals of boys and girls took place in infancy and marriage at the age of twelve was approved for girls although cohabitation usually began at fourteen. Most are married by sixteen and produce five or six children by their mid-twenties, although two or three of those have died.”

In a time when everyone is either obsessed with their health or urged to be, the fourteenth century and those that followed well into the twentieth are not famous for hygiene or longevity.

Arriving in 1348, the Great Plague, also called the Black Death, the toll—generally stated as one third of those living in Europe—was often as high as forty percent or more in the cities and towns of England. The Great Plague was followed by other outbreaks. “By 1400 about half of all those born over the previous seventy years have died of the plague.”

Illness was frequently fatal and usually attributed to “spells” and other superstitious beliefs. Any injury was likely lethal as well. As often as not what passed for medical care or procedures would kill you.

Suffice to say that medieval England was for most of the population a place of inadequate diet, poor sanitation (which is putting it mildly), parasites, and cramped, shared living space. Famines were a common killer.

All things considered, in the modern world we are far better off despite its absurd wars, terrorism, and the threat of nuclear annihilation. That is perhaps cold comfort for most people, including myself, when I ponder the human capacity for hatred, superstition, greed, stupidity, and other timeless failings of our species.

OK, I haven't read the book, but it sounds like pop-history BS. Life expectancy was shorter, yes, but men and women married in the late teens to mid-twenties. Diet was bland but reasoably healthy, and their teeth were good. They did bathe, just not as often as we do. Read Barbara Hanawalt's "The Ties that Bound" for an excellent, very well sourced look at everyday life during the period.

Grey Fox: Will have to disagree on this.

Jeremiah wrote about it

17:9 “The heart is deceitful above all things, And desperately wicked; Who can know it?

The Bible has a lot of other good insights as well.

I'm not quite sure where Grey Fox got his information about their teeth, and I haven’t read the book he recommended, but everything we are told should bear some resemblance to what we see going on in reality….even if that reality was 600 years ago.

In those days these people didn't bath, had sores all over their bodies, their breath reeked because they had stomach problems and their teeth were either rotted out or suffered from gum diseases because they didn’t have tooth brushes or dental care. Their homes and bodies were full of fleas, lice and bed bugs.

When Thomas A Becket died in the 12th century they discovered he had wool under garment that was full of lice. Why? They believed that this was a way of doing penance. Although this was a couple of hundred years earlier nothing really changed, even In the time of Queen Elizabeth I, which was considered the Renaissance Period. She was considered an odd duck because she insisted on bathing once every month. The reason the term, “don’t throw out the baby with the bath water” came into being was because they would bath once in the spring and everyone used the same bath water and the baby was last and the bath water was so filthy they were afraid they might lose the baby in the water and June became the month to get married becuase they were cleaner than normal after their spring baths.

The average life span was probably around 30, because child mortality was so high, huge numbers of women in their 20’s died in childbirth and this continued well into the 1800’s, people died from the most simple infections and disease was rampant. I recommend going to some historical grave yards for confirmation.

I don’t care what group anyone was associated with at that time, life in the Middle Ages was dirty, wet, cold, unpleasant, disease and superstition ridden, miserable and short; even for the nobility. It is amazing how many of the nobility died from food poisoning. There is a word for it; dystopia!

And none of this changed until the advent of modern chemistry!