It's the Lies About Beef that are the Slime 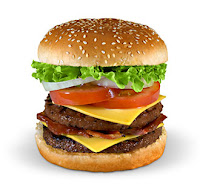 I am subject to various enthusiasms and, in 2008, I wrote a series about beef and the vast network of phony consumer advocates, vegetarian types, animal rights groups and headline chasing media folks who love a good scare campaign, all trying to convince Americans that beef was bad for them.

Today, it is a smear campaign about a type of meat promoted in the media as “pink slime.” Typically, it is a pack of lies and it’s going to cost some folks their jobs and drive up the cost of beef if allowed to go unchallenged.

What is being demonized in this 21st century reincarnation of the 1989 Alar apple scare is finely textured, 95% lean beef. It is composed of small parts of beef that are still available for use after the cuts with which we are more accustomed, like sirloin, brisket, top round, flank, porterhouse, and some forty other selections, are taken.

This lean beef is routinely added to lower quality hamburger to increase its protein content and its production has long been approved by the U.S. Department of Agriculture. It actually improves the nutritional quality of a lot of cheaper hamburger.

While the media may not approve of this beef, plenty of others do. A March 29 article in The Wall Street Journal reported that after being hammered in the media for weeks, the lean beef, “is getting support from the U.S. Department of Agriculture and the governors of five states, who argue it has been unfairly labeled and is actually a safe, low-cost way to make ground beef leaner.”

Other supporters include food safety activists like Nancy Donley, who lost her son, Alex, to e.coli and now advocates for tougher food safety laws to prevent similar deaths. The founder of Safe Tables Our Priority (STOP), Donley wrote in the March 17 edition of Food Safety News about her experience learning more about the modern American meat industry and her tour of a Beef Products, Inc. (BPI) plant which produces the lean beef now under attack.

“I got to know the owners, Eldon and Regina Roth,” wrote Donley, “and was impressed by their complete commitment to the safety and wholesomeness of the meat products they produced. I was also impressed by the food safety culture they instilled throughout their company.”

The company and its owners were also the subject of a June 12, 2008 Washington Post article titled “Engineering a Safer Burger.” In profiling Eldon Roth, the Post noted that Roth, “discovered his process for separating meat from fat had the unintended effect of making the lean beef more alkaline and therefore less conducive to bacteria.

The Post further reported that Roth and his staff, “began working with ammonium hydroxide, a food additive already approved by federal regulators for use in processing cheese, chocolate and soda. It also exists naturally in beef. By increasing the level of it in beef, Roth hoped to reduce its acidity and create less hospitable conditions for bacteria.”

It worked! Exposing the meat to a tiny amount of ammonium hydroxide gas during processing elevates its pH and increases food safety. There are no reports of illness related to the consumption of the company’s finely textured lean beef.

However, if there is one thing reporters love to use to scare people it is the name of any chemical. Thus, media coverage against this beef hypes ammonium hydroxide, ignoring the fact it that exists naturally in beef. It exists in many of the fruits and vegetables one might harvest from an organic garden. Furthermore, our bodies safely produce ammonia.

That hasn’t stopped media outlets like ABC News and others from reporting scary stories about the product and smearing BPI. In a March 23 opinion posted on the Fox News Forum, Dan Gainor, vice president of business and culture for the Media Research Center, summed up the latest scare campaign, writing “TV news loves a health scare. Think deadly Tylenol. Killer tomatoes. Mad Cow disease. Alar in apples, and lots more.”

Like the Alar apple scare this is a totally invented media scare. It’s the way, as Gainor wrote “Slimy journalists” use these stories as “a path to winning journalistic awards—facts be damned.” It’s also why this card-carrying member of the Society of Professional Journalists since the 1970s keeps exposing this shoddy journalism and the groups that generate it for their own selfish agendas.

Have a hamburger. Have a steak. Eat beef. Don’t run scared every time some so-called journalist exploits your lack of knowledge of where beef comes from, how it is processed, and why millions of pounds of it are eaten with pleasure and the knowledge that it is the safest found anywhere in the world.

After trying to inject some sense into the climate science debates--which requires ferreting out the incompetence of climate "science" itself--I can tell you and your readers that media narratives like this one involve a kind of "determined insanity", in that the facts that debunk them are readily available, but those most engaged in the mad narrative are resistant, even hostile to the facts, and the reason(s) why go very deep, to the cultural prejudices of individuals and groups. In "multicultural" America, such insanity has become an existential threat to the very idea of "America", and the mainstream media particularly, in the name of "enlightened discussion", is routinely suborned by childish (and rebellious adolescent) ideas touted as the latest reasonable cause for worry. Cultural prejudices are a slippery slope, and they are dividing our country as never before.

It's been my experience that liberals in general are immune to facts about anything. They are the "useful idiots" that Lenin spoke of.

I am amazed how little people know about chemistry nowadays.

One of the largest problems is that "scientists" themselves have become so specialized. By using graphics, it is a piece of cake to demonstrate that the "Big Bang" never happened, and that the Universe is not expanding at all.


Of course, I am an engineer, and engineers always want to look to scale drawings. Forget the grand theories . . . graphic solutions work far better. A picture is worth a thousand words.

Experts are people who learn as much as they can about some small thing, and end up knowing more and more about less and less, until they know almost everything about almost nothing.