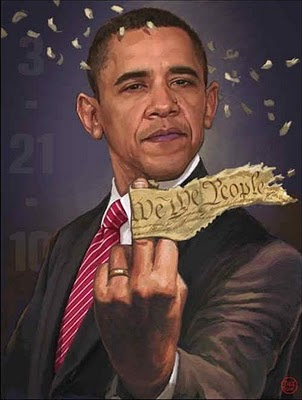 There was a time when, if my Mother wanted to call my aunt in the same state, it was a “long distance” call. Now we live in a time when everyone is “connected” by cell phones and the Internet. The government deems cell phones so essential it gives them away free to “the poor.”

The explosion of “social networks” has us more “connected” and, to a large degree, it encourages the young and not-so-young to believe that every single thing they do each day is so important that it must be instantly communicated via the Internet.

While Barack Hussein Obama has been busy transforming our nation into a Soviet-style Socialistic republic, the invention of the Internet and the likes of the late Steve Jobs, Mark Zuckerberg of Facebook, and the folks at Google have literally transformed our lives in ways we have only begun to comprehend.

In Egypt, Facebook brought out thousands of very unhappy Egyptians to Tahir square in Cairo where they proceeded to bring down one of the Middle East’s many dictators. The Internet exposed the global warming hoax when thousands of emails between its conspirators were leaked.

It gave the U.S. State and Defense Department folks a nightmare when a very low level Army kid passed countless secret dispatches on the wars in Afghanistan and Iraq to Wikileaks. Private Bradley Manning is looking at life in prison for that escapade. When I served in the Army, I had a clearance for “secret” materials and thought I was hot stuff until I realized that they gave that clearance to anyone who had a pulse. Apparently they are still doing that.

The fact that so much of what governments do is based on secrecy explains why billions are spent annually on intelligence gathering—spying—on each other. You need only read the teachings of Sun Tzu, written some 2,500 years ago, to learn how essential spying is to any government.

So far as governments are concerned, we are in a new era of disinformation—lies—to counter leaks. All this information pouring forth on the Internet has increasingly marginalized the role of the press.

For those who recall Watergate, a 1970s scandal that forced a president to resign, we looked to newspapers to expose wrong-doing, but today the facts are only a computer click away and, as often as not, the press, with exceptions, is actively suppressing information it does not want us to know.

Recently, Arizona Sheriff Joe Arpaio held a press conference to confirm that the birth certificate provided by the President of the United States is, in all likelihood, a forgery. There are serious questions about the legitimacy of his Social Security number, as well as data related to his passport.

The media, for the most part, ignored this story and that makes them part of what is surely the greatest conspiracy of the new century.

The larger question is why Sheriff Apaio’s information has not become the subject of a Congressional investigation. Why are so many Americans, elected representatives, law enforcement authorities, judges, willing to be complicit in a presidency that may have been acquired by deceit and, if so, whose exercise of power in implicitly criminal?

There may be no more secrets about Obama’s claim to hold the highest office in the land, but what good is it if nothing is done to end it?

What good is it if the Democratic Party is permitted to put his name on its ballot once again?

Why do we have a Constitution? Why do we still call ourselves a nation of laws?

This is how liberty dies. Through apathy and indifference.

Follow the money, and a person can see the reality.

Our nation's politicians and at the highest levels of the bureaucracy have been totally corrupted by money. It sure was not that way when I first began to work for the CA Div of Hwys in 1963.

@Larry: Yeah, but back in '63 your job was keeping track of the covered wagons, right? :-)

Another great article Alan. Thanks for all you do.

Birth Certificate is important, of course, but more interesting information is to be found in his college applications and writings. God only knows - literally in this case - what these documents will disclose about his past! Why has he not disclosed this? The colleges/universities are not allowed to do so by law, but why has Obama refused to open it up. Oh, the history books that are going to be written about that! I can't wait for Obama to be a bad memory!

A what a tangle he weaves when he sets out to deceive. I posted the Arpaio clip on my blog a few days ago and one of the comments was why hasn't the MSM given this any attention. Yes, one can only wonder why the MSM collectively covers for Obama....

Alan,my job in the military of the 1950s, was to destroy any people, enemies, specifically any people of the USSR, into total obviation. I did my job extremely well.

Not a pleasant job at all, but an essential job in the circumstances of those times.

My opinion of the present, is that no one will put their lives on the line for personal freedoms or independence.

If obama is not the legitimate President then what happens to the laws signed into being by him. does that mean all the rubbish environmental laws go? does that mean that the EPA has less power?

@BlueJohn: Yes, if he is found to be illegitimate, every law and every executive order would be invalid.

I think Congress fears that more than anything else involving Obama.

Let me adjust my bicorne hat of finest Reynolds Wrap and declare again that the media are controlled by those who would see a "benign stability imposed upon the family of nations" (according to Barry Goldwater in "With No Apologies") "through merger and consolidation."
He tried to warn us of the Council on Foreign Relations and the Trilaterals. One can easily connect the dots with a tiny bit of research - examining the membership rosters of either organization and then look at their media connections. Meanwhile, the internet and your column, Alan, help keep the flames of freedom burning. You continually expose the tangled web of political deceit we have brought upon ourselves.
And thanks, Larry, for taking care of the USSR. In the same fashion, I held back the Asian Horde in the sixties!

Alan Caruba,your the best and because you love it so much. I must tell you that the major media outlets are fools for not employing you. As one of the most honest and straight forward writers of our day. Our country needs more of folks of your caliber supplying our news and commentary. Hows that?

Compliments are welcome and a donation to "Warning Signs" even more so! :-)

I do not believe this will be challenged until after the election.

Can you imagine the Constitutional crisis this would create? Would Biden or McCain be president for the remainder of his term? Since the Vice President isn't voted for that would seemingly make McCain the default choice. Then again, perhaps they (whomever “they” would be, since this issue isn’t covered in the Constitution) would choose to have Boehner as Speaker of the House to fill out the remaining time.

Then who would be the Republican nominee? Boehner or one of the others? Does anyone think someone would then step down gracefully once he was in the White House?

Who could he get to serve on his Cabinet even if he made it clear that he wanted to stay? If he was there does anyone really think the Republicans would want him to leave? It would be a mess.

The only value to all of this is that some states may not permit him on their ballot. Then again….that would create another Constitutional crisis most likely.

However....if after the election this is pursued and it is proven he wasn't eligible...then what. A lot of money is spent on the President of the United States and his family. IF it is proven he was never eligible that would mean that a lot of people clearly had to be a part of a massive national scheme to defraud the American people. I do believe that makes it a major crime.

This may be the most interesting political scandal I have seen in my lifetime. Compared to this.... Watergate is chump change!