Obama is Begging for Impeachment

According to Wikipedia: “United States Presidents issue executive orders to help officers and agencies of the executive branch manage the operations within the federal government itself. Executive orders have the full force of law,[1] since issuances are typically made in pursuance of certain Acts of Congress, some of which specifically delegate to the President some degree of discretionary power (delegated legislation), or are believed to take authority from a power granted directly to the Executive by the Constitution.”

“However, these perceived justifications cited by Presidents when authoring Executive Orders have come under criticism for exceeding executive authority; at various times throughout U.S. history, challenges to the legal validity or justification for an order have resulted in legal proceedings.”

I am not a Constitutional scholar, but I am aware of the consequences of past executive orders. The nation now has a rogue government agency, the Environmental Protection Agency, by virtue of an executive order by President Nixon. Later, President Carter reorganized the executive branch and created a separate Department of Education. Currently, executive orders permit the President to seize control of the entire nation in the event of an attack or the declaration of a national emergency. 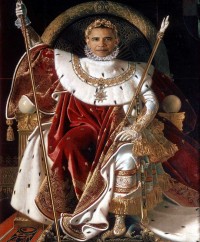 Now we are told that President Obama is planning to issue up to nineteen executive orders to do an end run around Congress and the Second amendment on the issue of gun control. Whereas Social Security was often referred to as “the third rail” if presidents or Congress attempted to reform it, it would appear that the Second Amendment right to keep and bear arms is the new third raid and touching it is likely to enflame both Democrats and Republicans in Congress.

Former Attorney General, Edwin Meese, recently went on record to say that the proposed executive orders would be an “impeachable offense.” There is a growing chorus of resistance to Obama’s “imperial presidency”, but whether it is the executive orders or a judgment rendered by a forthcoming Supreme Court conference, it would appear that Obama has over-reached.

The Supreme Court has scheduled a conference—not a hearing—regarding a case that challenges President Obama’s eligibility to be President. Court observers believe this will lead nowhere. If the justices were to favor elevating the case to a hearing that found Obama guilty, he could face impeachment hearings or possibly be summarily removed from office by Congress.

The Constitution says (Article II, Section 4) “The President, Vice President and all civil officers of the United States, shall be removed from office on impeachment for, and conviction of, treason, bribery, or other high crimes and misdemeanors.”

The scheduling of a Supreme Court conference to discuss a lower court case has gone virtually unreported. The case is led by an attorney, Orly Taitz, and is called Noonan,Judd, MacLaren, Taitz v Bowen. Having made it to the highest court in the land, the Taitz asserts it will provide evidence to prove that “Barack Obama using a last name not legally his, forged a Selective Service application, forged a long form and short form birth certificate, and a Connecticut Social Security number, 042-68-4425, which was never assigned to him according to E-Verify and SSNVS.”

The conference is scheduled for February 15, 2013. Obama will be sworn into office on January 21 and will deliver a State of the Union speech on February 12.

The conference arises out of a Fifth Circuit court of Appeals decision to agree to hear a petition for a Writ of mandamus to expedite a default judgment and post judgment discovery against the Commissioner of Social Security Administration, Michael J. Astrue, resulting from a previously filed case. Commissioner Astrue did not reply to Taitz’s inquiry.

If the Court finds that the evidence of forged Social Security numbers Obama is alleged to have used over the years is valid and irrefutable, it would be scheduled for a hearing, but conferences are often meetings in which cases are returned to a lower court. It has taken four years just to be discussed in conference. Despite the weight of the evidence, it may go no where.

A hearing could generate a Constitutional crisis that could lead to Obama’s impeachment and removal. It would mean that Obama was ineligible to run for office for both terms and would render his previous executive orders and the laws that he signed null and void.

This year could initiate a political tsunami that would engulf the Congress, the Supreme Court, and the presidency.

For many the Supreme Court is seen as a politicized entity. The failure to take up the case regarding Obama’s eligibility would damage the integrity of the Court in the same way the ruling that Obamacare was a “tax” evoked a loss of faith in its judgment—or  it might go unreported and the public remain unaware of it.

A constitutional crisis is looming. Only the Congress has the power to pass laws. If the President ignores Congress and issues executive orders that impose new restrictions on the Second Amendment, the people of the United States will have lost the power of the Constitution to protect them. There are already legislators prepared to initiate impeachment proceedings if he does.

Impeachment proceedings by the House are a waste of time, Obama controls the Senate.

The House of Representatives, by a simple majority vote, can pass Articles of Impeachment against the President. This basically works the same way as charging someone with a crime. Once those Articles are passed, the Senate acts like a jury, with the Chief Justice of the Supreme Court as the presiding judge. The President is removed from office if two-thirds of the Senate votes to convict.

Do you even remotely believe that you could garner a 2/3 majority against Obama in THIS Senate?

You could have video evidence that Obama was a traitor against the USA, had murdered someone in cold blood and had molested a small dog and the Dems, and a few so-called GOP would do NOTHING. Until that kind of mind-set is overcome, Obama has little to worry about.

Seriously, I understand the passion and the desire to see Barack Obama removed from office but impeachment will NOT get the job done Sir!

You're right, Fred. Obama will never been impeached and convicted. But impeachment is something most readers understand and my point is that a lot of resentment and anger is building up even prior to his second term.

I simply cannot believe what is happening to this country. If someone had told me ten years ago that we would elect a President of questionable loyalties and be fighting intense battles on numerous fronts to protect our economy, our national security, and our Constitutional rights, I would have called them crazy. And the real tragedy is that a large portion of the American public still appears to be unaware of any of these issues. It's a real testimony to the dangers of ignorance and complacency in a free Republic...

and I'm not sure Obama doesn't WANT the Congress to try. See his last news conference where he's blaming the Republicans for his spending (Congress and the President are to blame on spending). Obama thinks he can make the Republicans do whatever he demands but sill blame them.
If the Republican House passed Articles of Impeachment, he'd also use that as just another way to demean them.

He is still in "campaign" mode and will try to turn more "low information" voters against Republicans. He's playing to win the House in 2014 then who knows what he'll try.

Don't you get it, folks?

The question of Impeachment is moot, as are the rest of the legal actions directed against Dear Leader Obama: He owns the system.

Put simply - Dear Leader Obama is not going to leave the Oval Office until his body assumes room temperature at age 80 or 90 - He is our de facto dictator already and it looks like President For Life unless We The People remove the Evil One and his odious Regime in a revolution.

I would also add burning Washington, D.C. to the ground, make level the ruins, dump salt and toxic chemicals on top of the mess, and put a terrible curse made by the most hideous witch in the country on anyone who would dare try to live there again...

However, that's going a bit too far even for a Radical Republican like me.

Ronald,
If you are right about Obama not leaving the White House in 4 years you will also be right that we will have a civil war. The only way he can get away with it is if Michelle runs for president and gets elected and that had better not happen!

There is not a doubt in my formerly military mind that Obama's key objective from his first day in office was the destruction of the United States of America, which he hates so bad that he doesn't want to use its vast resources, industry and educated people (third largest country in world in population) in the psychopathic dictator's traditional attempt at world conquest.

How better accomplish his mission than civil war? Already the nation is as divided as it was in the 1850s with one side, in this case the Left, almost foaming at the mouth with thoughts of hatred and dreams of murdering anyone not 100% on board with their socialist program.

On the other side of the coin, the Patriot side of things, they have reacted in the last month with a run on gun store's supplies of military style weapons, because they fear tyranny at the hands of Obama.

Thus today, even before Obama has been "crowned king" for the second time, a line has been drawn in the sand with the emotional comment by one normally calm, cool and collected patriot: "If you try to take our guns, we will kill you."

So there it is...Obama continues to push buttons designed to set off civil war, and I think he wants the patriot side to fire the first shots.