Rush Limbaugh has predicted the end of the National Football League and sees its demise drawing closer.

Is it really any surprise that Obama is leading the charge to make football “safe”, given that it is a sport where there is a lot of physical contact, often resulting in the occasional injury? Americans do not watch football to see players get injured. They watch because it is a version of war. It is fought in stadiums. The field of battle is well defined. And men outfitted like gladiators engaged in a modified version of combat.

The key word here is “men.” Nobody wants to watch two teams of women play football. 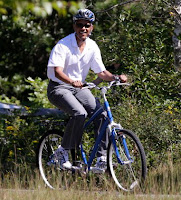 The latest manifestation of an effort that pre-dates Obama, the “chickification” of America, is the decision by the Department of Defense to allow women to engage in battle alongside their male counterparts. There are few ideas more idiotic than this. Forget the usual arguments put forth about upper body strength and such, even the Israeli Defense Force, famous for including women in its ranks, uses them auxiliary functions in order to free up the men to do the actual fighting.

No civilized nation wants to send women into combat. No military that depends on unit cohesion and morale wants to put the two sexes together in close proximity because the two sexes tend to do what comes naturally in close proximity. They’ve been holding hearings in Congress about the problems this has created in our military services. We have, however, compounded this idiocy by opening the ranks to openly gay service members. There have always been gays in the military, but in the pre-Don’t Ask, Don’t Tell days, they kept that to themselves.

In an earlier era, the roles of men and women were well defined. Women, indeed, had fewer choices and, to the degree that they now have more, that is a good thing. To the degree that they are in the workplace it also means that both marriage and children are impacted in ways that the 50% divorce rate and the numbers of single mothers were predictable.

It is troubling to me that women in films and on television have been increasingly portrayed in roles where, rather than being the damsel in distress of former times, they are now gun toting, karate smashing characters on a par with men. This undermines traditional values from chivalry to the instinct of men to come to a woman’s aid, to be protective.

I fully understand that culture is always subject to change, but some aspects of culture are worth retaining and this is particularly true in light of the glaring fact that women are different than men. Even women know that!

What bothers me is the creeping effort to turn men into women in terms of their attitudes. Part of the push to permit gay marriage, an element of the Democratic Party agenda, is the constant pressure on heterosexual men to “accept” homosexuality as “normal”, when it has never been regarded as normal. Homosexuals are approximately 3.5% of the population. The Obama administration has made it clear it has no intention to uphold the Defense of Marriage Act and now openly advocates gay marriage. It tears at the sinews of a society that knows that marriage is between a man and a woman.

As I was thinking about the changes occurring in our culture, I was reminded of a list of Communist goals that were read into the Congressional Record by Rep. Albert S. Herlong, Jr, (D-Florida) in 1963. There were 45 of them, based on a book by Cleon Skousens, “The Naked Communist.”

One was “Present homosexuality, degeneracy, and promiscuity as ‘normal, natural, and healthy.’” Another was “Discredit the American Constitution by calling it inadequate, old-fashioned, out of step with modern needs, a hindrance to cooperation between nations on a worldwide basis.” And “Discredit the American founding fathers. Present them as selfish aristocrats who had no concern for the ‘common man.’”

The Communist goals included taking over the nation’s educational system and infiltrating the press as well as gaining control of key positions in radio, television and motion pictures.

If these goals, revealed just over fifty years ago, sound familiar it is because they are being accomplished. They represent life in America today.

How football is played may seem insignificant. Encouraging gays in the military and women in combat may seem odd at best and idiotic at worse.

The bigger problem is the way the news and entertainment community, along with the capture of our educational system all conspire to undermine values that worked very well from the days of the U.S. Revolution to around the 1960s when the progressives, the liberals, and—yes—Communists began to gain positions of influence and power.

Touché. You hit the nail right on its head. Don't forget that one of the goals of Communisme also was to get rid of "manners" as "bourgois". Need I say more?
And regarding your reference to woman in the movies, I would still be able to understand that woman can be portrayed as tough and "manly", if it would end there. No, in the movies where the woman is the hero (fine by me), the man she works with is usually portrayed as a bumbling idiot who needs saving, not only from the enemy, but also from his own misconceptions about women!
Horrible. Well, who sows wind, will harvest the storm! It is coming!
Ed

Once again Alan, well written. You are starting to join the numerous dots left by the Communists.

Obama has never been a real man - he's a sissified wishy-washy spoilt brat, who has never done one day of hard labour in his life. No wonder he thinks that the NFL is dangerous. Has he ever played? Has he ever tackled or been tackled? Has he ever been allowed to fall and hurt himself, ever? Probably not. How this pretender has been allowed into the White House is of constant fascination to me. What happened to the real American men who used to ride horses and round up the cattle and go into battle? Today you sit with a homosexual-loving girly-boy as your president, intent on transforming not only the country, but your military into a toothless hen-pecked effeminate institution, run by PC generals whose main concern these days is gender and sexual equality. Just like NASA, which has been transformed from a much respected pioneering institution, into a Muslim outreach and global warming cheerleading squad!

Just how did the Progressives win this battle against the once intelligent American people and win?? From Reagan to Obama in 30 short years…..From personal responsibility to the gimme-crowd in less…..really sad, isn’t it?

A bicycle with a BELL on the handlebars, wearing a sissy-girl helmet while wearing *Mom jeans*..

What's happened since the Reagan years isn't just sad, it's tragic. Something has gone very wrong in this nation.

The picture of Obama was photoshopped to delete the training wheels.
I so want to go skeet shooting with him! I want him to show he can do it right in front of my eyes. I would wager my house I will do better with a .410 than he will with a .12 Ga. Care to take me up on that Barack?

You're right on all counts, and chickification is adroit. Also, if you look closely, the blue bicycle BHO is riding is a "girly" bicycle. It's enough to make a skunk vomit, just my opinion. Thanks, Alan

I'm glad I have all the choices I do have, or I couldn't have escaped a couple of abusive marriages. But I don't want to be a man, and I don't want to be with a man who acts like a girl! (A real man, of course, doesn't abuse women....not physically, not emotionally, not mentally.)

I also don't want my daughters going into combat. I grew up in a military family, and my father discouraged his girls from joining because there are no ladies in the military. Women, yes, but not ladies - and he wanted his girls to be ladies. As a Southerner, I can tell ya - there is a difference.

To diminish the traditional role that the male has played in our society is done by design. Simply to destroy the nucleus of the family unit so that eventually the women and children will look to government to fill the "father" vacancy. Our government has very little use for men as is evidenced by how our returning vets are treated by the government.

Thank you, Donna. I welcome the insights you offer. I am sure you are every inch a lady and a Southern one to boot!