The Principles of Taxation 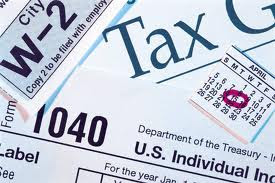 “The New York Stock Exchange, the cornerstone of American capitalism for 220 years, agreed to be sold as part of an $8.2 billion takeover by IntercontinentalExchange, Inc. If regulators and shareholders approve, the combined company would own 14 stock and futures exchanges and five clearing operations that serve as middlemen between buyers and sellers of futures and other contracts, doing more things in more places than any other rival. The takeover also would seal the triumph of electronic trading over ‘open outcry’ floor trading that long dominated financial markets, as well as the push by exchanges to embrace new and lucrative kinds of trading.”

The Internet has transformed the buying and selling of stocks and other financial contracts, but it has not changed the fundamentals of capitalism.

The factors most affecting economic growth or decline remain the same and, as the “fiscal cliff” approaches for every American, it is predicted that its cost will represent an increase of $4,000 for all who still pay income taxes in a nation where an estimated 47% do not, where unemployment remains for 26 million Americans, and the Obama administration, during its first term in office, increased the national debt to $16 trillion, has spent and generally wasted billions in its “bailouts” and “stimulus” programs in addition to the billions lost on “green energy” companies that went belly-up.

In an essay on taxation by a former Secretary of the Treasury, the following fundamentals of taxation were discussed and I will share his observations with you before telling you who wrote it and when.

“The problem of the government is to fix rates which will bring a maximum amount of revenue to the Treasury and at the same time bear not too heavily on the taxpayer or on business enterprises.”

The Obama administration needs a lot of money. It borrows $4.8 billion every day. It has a debt of $16 trillion, $6 trillion of which was added in the last four years. The so-called “entitlement” programs are verging on insolvency in the years immediately ahead. They are not voluntary programs, but maintained by the force of law and Congress has routinely raided the Social Security fund to pay for other things. Obamacare raided billions in Medicare to fund a program that essentially nationalized twenty percent of the nation’s economy (Socialism!) and which included 28 new taxes. Many states have refused to create the “exchanges” it mandates.

“I have never viewed taxation as a means of rewarding one class of taxpayers or punishing another.” So much for Obama’s constant demand for higher taxes on “millionaires and billionaires” which, at one point it defined as anyone earning $250,000 or more.

“If such a point of view ever controls our public policy, the traditions of freedom, justice, and equality of opportunity, which are the distinguishing characteristics of our American civilization, will have disappeared and in their place we shall have class legislation with all its attendant evils…” That is the point which we have reached with an enormous and manifestly unfair tax code in need of major revision.

“The history of taxation shows that taxes which are inherently excessive are not paid. The high rates inevitably put pressure upon the taxpayer to withdraw his capital from productive business and invest it in tax-exempt securities or to find other lawful methods of avoiding the realization of taxable income. The result is that the sources of taxation are drying up; wealth is failing to carry its share of the tax burden; the capital is being diverted into channels which yield neither revenue to the government nor profit to the people…”

Americans now have a huge, centralized federal government that sucks up and largely wastes vast amounts of taxable income that would otherwise be invested in new enterprises, the expansion of existing ones, and punishes the most productive members of society.

There is a war being waged on capitalism in the nation that rose to the greatest citadel of wealth the world has ever seen. It is being waged by a President who was recently reelected by demonizing a successful venture capitalist whose firm invested in companies that generated thousands of jobs.

“High taxation…is largely borne by the ultimate consumer. High taxation means a high price level and high cost of living. A reduction in taxes, therefore, results not only in immediate saving to the individual or property directly affected, but an ultimate saving to all people in the country.”

The author quoted throughout was Andrew William Mellon who, in 1921, was made Secretary of the Treasury, a post he held until 1932 when Franklin D. Roosevelt was first elected President. As noted in “The Patriot’s History Reader: Essential Documents for Every America”, Mellon was “the first proponent of the idea that lowering taxes stimulated business and therefore resulted in increased tax revenues.” The essay quoted was written in 1924.

Mellon’s policies were vindicated by John F. Kennedy, Ronald Reagan, and George W. Bush, but during Roosevelt’s administrations he was demonized at the same time that tax rates were raised to 80% on the highest incomes in 1935 and to 90% by 1940. This is a time period that is also known as the Great Depression.

The current Secretary of Treasury wants to give the President the right to increase the ceiling on new borrowing any time he wants.

The way it works:

The way it SHOULD work:

10% flat tax for everyone, no additional Federal tax needed..

If you tithe you already know, 10% is supposed to be good enough for God, the Federal government deserves no more...

I would like to point out that the reason the 13 colonies broke from England was due to unfair taxes, and unwelcome rules by the King's Governors. All of which prompted black market. If one reads the Declaration of Independence it is difficult to avoid noticing the similarities between their complaint against the King of England and the complaints against the federal government now.

Good point. After the Articles of Confederation failed, the Constitution was written to ensure compromise and split the powers betwen the three branches. Now all we have is gridlock because Obama will not negotiate.

I am searching for my assignment and found your blog post ( The Principles of Taxation" ) on google search your post is informative an give me lots knowledge for my current assignment thanks for sharing such a wonderful information keep updating share the knowledge whole world including me.