Witness to the Decline 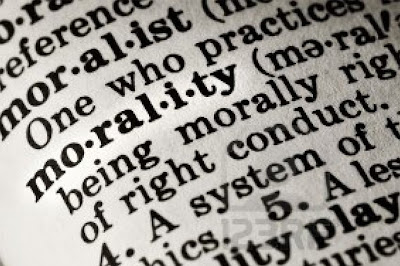 Listening to Obama deliver his State of the Union speech was painful, considering that he promised that his agenda would “not add a dime to the deficit” while spelling out twenty-nine new programs involving the expansion of government to further extend its tentacles into everyone’s life. And, of course, the only way to pay for this is more taxes.

If one were to try to identify the decline of the American society and system of governance, it would be tempting to say it began with the election of Barack Hussein Obama, but it began much earlier. I am inclined to believe it began in the 1960s when the nation’s educational system was taken over by the teacher’s unions and when education—a word that does not appear in the Constitution—became a federal government department in 1979. The systematic dumbing down and indoctrination of several generations of Americans began in earnest.

One could go back further to Franklin Delano Roosevelt, elected four times (1933-1945). FDR vastly expanded the federal government, offering many of the same failed programs to “solve” the Great Depression that Obama put forth in his first term. FDR actually prolonged the Depression which ended with the advent of the nation’s entry into World War II. It mobilized America’s manufacturing sector and, after the war ended, was the basis for a booming economy in the 1950s.

Americans, from the days of the pilgrims onward, were always concerned with the moral fiber of their lives and the nation. Despite the nay-sayers, it was and is a Christian nation, though it also offered tolerance to other faiths, incorporating that into the Bill of Rights. The Founding Fathers were classic conservatives, expressing a firm belief in the essential role that religion plays in people’s lives and in society.

Morality was a concern during the “Roaring Twenties” in the decade that preceded the Great Depression and gave rise to the changing role of women in society. The “flappers”, young women, were a cause for concern for their parents as they took to smoking, drinking in speakeasies, and embracing their sexuality. In 1919 women gained the right to vote.

The decline of societal norms takes many forms, the latest of which is the approval for women to serve in combat zones alongside men when their traditional role has been to provide support in non-combat functions. The military has been used for societal experimentation and now embraces open service by homosexuals. The integration of both has opened a Pandora’s Box of problems as women service members are vulnerable to rape or become pregnant due to consensual sex.

Consensual sex is as old as mankind, but handing out condoms in the nation’s schools or permitting underage girls to secure an abortion, often without the knowledge or consent of their parents, only encourages it. The Centers for Disease Control recently reported that half of all new sexually transmitted diseases occur among young people despite years of “sex education” in the nation’s schools. What passes for entertainment, films and television, are rife with the message that there are no limits or consequences to sex outside of marriage. 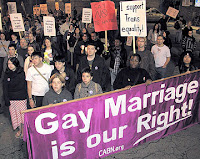 Though a distinct minority, homosexuals, lesbians, and transsexuals have attacked the central issue of society by insisting on same-sex marriage, a practice that has never existed throughout Western society or any other. In a similar fashion, the Boy Scouts of America, arguably one of the finest organizations for instilling patriotism and many worthy skills, is under pressure to permit gay members and gay leaders. This, too, contributes to the decline of moral standards. A President who now openly advocates same-sex marriage and other measures affecting homosexuals is undermining a central pillar of society.

At one point, Americans in an effort to address widespread alcoholism among the working class accepted Prohibition, lasting from 1920 to 1933, only to discover that a nation cannot change behavior by proscribing it. The Amendment that created it was repealed, but not until it had generated a new class of criminals who understood that Americans would drink, would gamble, and would frequent houses of prostitution, services provided by the likes of Al Capone and his associates. These days the concern is for the widespread use of illegal drugs and in some states the use of marijuana has been decriminalized.

I am a hybrid between conservatism and libertarianism. It has not escaped my attention that the states happily rake in millions from casinos as well as the sale of booze. If we want people to accept responsibility for their choices then that should include their bad choices as well. A million laws and regulations cannot change human nature.

Even though the Second Amendment ensures that citizens can arm themselves for self-defense and to act as a brake against a tyrannical government efforts to restrict gun ownership and even the purchase of ammunition is yet further evidence of a decline in common sense and an understanding of history in which citizens are vulnerable to a well-armed government. Meanwhile, why the Department of Homeland Security is purchasing millions of rounds of ammunition is a genuine cause for growing concern.

Americans with any common sense know that no amount of law can deter the handful of mentally ill who commit murder. Outlawing gun ownership makes about as much sense as outlawing cars or anything else that causes death. It is also unconstitutional.

The interposition of government between citizens and their personal physicians and the provision of medical services represents the greatest threat to their lives and to the twenty percent of the economy which such services represent. How morally challenged is it for the government to deny medical care based on a patient’s age or condition? That’s what Obamacare will do despite claims to the contrary. How morally challenged is a government that seeks to require religious denominations to abandon their most closely held beliefs?

The failure to reform the “entitlement” programs of the 1930s ignores the changed demographics of a society in which Americans now have an average life expectancy of 78 and who live well beyond that these days. Forty percent of the government’s expenditures are dedicated to these programs before a single dollar is spent on any other domestic and defense programs. That is unsustainable without reforms to these programs.

Lastly, there is the absurd notion that humans have any control over the climate or contribute to natural events such as hurricanes, blizzards, forest fires, and droughts. The criminalization of emissions of carbon dioxide exists only to exert government control over the economy and our lives. It has no basis in science. It is a form of Green tyranny, not much different from Red tyranny.

Many, not all, Americans are experiencing a growing sense of the decline of our society. It is the decline of the nation’s moral standards. It includes the expansion of government in the name of “fairness.” Life is not fair. In the end, your life depends your decisions. The Constitution says you are free to engage in the pursuit of happiness. It does not guarantee happiness.

We are witnessing an expansion of ignorance and of apathy. Those who worry about such things have ample cause.

Alan, doesn't it feel sometimes that you're living in a parallel world, where everything that is wrong is now being sold as being right? Everything that made America great is being flipped 180 degrees until Americans won't recognise their own country. Dr Ben Carson said in his now infamous speech in front of Obama, that Rome fell, even though it was thought to be unbeatable. It fell because of moral decay. And you are correct about the Department of Education. If you look at the Harvard entrance exam of 1859 then you'd struggle to answer a question. I couldn't answer many. I was quite embarrassed. And these were the entrance exams 150 years ago written by teens in school America is busy eating herself up from the inside and Obama is leading the way. The country is becoming a dumbed-down socialist embracing state. In other words, another failed state.

Yes, Lime Lite, that's why I wrote the post. I usually leave morality to the clerics, but their voices seem muted today. The rot has set in and there is a sense of inevitability about it.

"What difference does it make?!" summed it up well. (Remember that pitiful, childish whine, from Hillary Clinton?)

Mr. C, although we may get to live beyond 78 years. The ability of many to remain productive does not go that far. If things like SS, Medicare, Medicaid, and insurance had never been invented, I dare say the world would look very different, and people would be more careful in their lives for the most part. Personal responsibility, lacking in many today, is a contributing factor in the moral decline. By the way, good post today.

For those of us who are getting up in years we have seen the best of times and we are now going to witness the worst of times. Everything that we loved is dying around us. I saw that Pattie Paige died in January. That got me to listening to those great old line singers like Frankie Laine. When you listen to him and people like Jo Stafford you can’t prevent the overwhelming feelings of nostalgia. And realize even more fully just how degenerate our sad old world has become.

@Rich: I recall the music of the same era and used to listen to music all the time. No more. It is all just so much tastless screaming and noise.