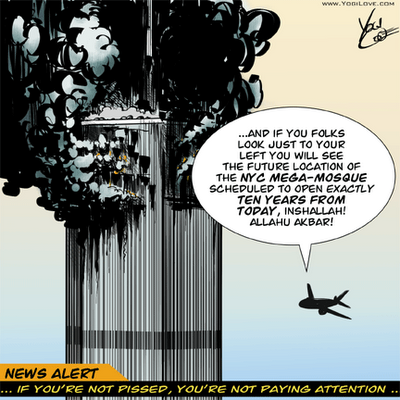 It is axiomatic that we will never know how many terrorist plots against America our vast law enforcement and counterterrorism network of federal agencies have thwarted. We do know, however, about its latest failure, the brothers Tsarnaev.

We know, too, that political correctness allowed Nidal Hassan to serve in the U.S. Army until he killed thirteen victims at Fort Hood. We know of the Times Square bomber whose bomb failed to detonate as was the case with the Underwear bomber. Others have been arrested and convicted.

After 9/11 a commission recommended that U.S. law enforcement and spy agencies be permitted to communicate with one another, sharing information about people and plots. The result is huge lists of people suspected of potential terrorist intentions. The Terrorist Identities Datamart Environment (TIDE) list is a data storehouse that feeds a series of government watch lists, including the FBI’s main Terrorist Screening Database and the Transportation Security Administration’s “no-fly” list.

There are literally hundreds of thousands of names on these lists and nothing seems to trigger the process by which we can identify who among them will be the next bombers.

Meanwhile, in Congress, an effort is being made to pass another immigration bill that would add millions more to our population from among those who came here illegally, often for no more reason than a better life, but among them are surely those—Muslims—who may experience “sudden jihad syndrome”, self-radicalizing for the purpose of killing Americans. Others arrive here already radicalized with the same intent.

Meanwhile, the Obama administration and some in Congress are trying to pass new gun control laws that will make it more difficult for Americans to arm themselves for self-defense, hunting, and sport shooting. Americans are responding by buying weapons at a record pace. You can bet there wasn’t a household in Watertown, Massachusetts that didn’t want access to a gun while the search was on for the surviving bomber.

There are thousands employed by the federal agencies charged with protecting us and there are special anti-terrorism task forces in police departments in our major cities. They have a daunting task, but at the same time there are those in our State Department who are allowing anyone applying for visas to come here, to overstay, to become citizens, and to plot terrorist crimes against us. There is, in addition, a general failure to protect our borders, particularly our southern border.

And there is a “sequestration” that arbitrarily limits the budgets on which border control and other enforcement options depend. Instead of prioritizing our needs, Congress has made us more vulnerable. Instead of cutting billions in wasteful programs, Congress dithers.

Something is terribly wrong when Russian authorities can contact various elements of our government multiple times to warn about Tamerlan Tsarnaev, taking the warnings to the FBI and CIA without success.

As a FBI spokesman explained, “There was a concern he might have some kind of ties to terrorism. We did everything legally that we could do with the little bit of information we had. After we did, we found no derogatory information.” He came here from Chechnya, a hotbed of Islamic terrorism! The information the FBI could not find was available to anyone who accessed his Internet posts. Both he and his brother were on welfare so, in effect, we were paying for their lives here. Both were on watch lists.

Something is terribly wrong when we admit not only potential terrorists, but others who arrive without sufficient education or skills to contribute to the welfare of the nation, when colleges and universities cannot recruit potential terrorists fast enough to study here.

There is something terribly wrong when the first thing President Obama said of the Boston Marathon bombing was “not to jump to conclusions” and then took several days to finally utter the words “terrorism” and “terrorists” for the first time since he campaigned in 2008. You could count the number of people on one hand who didn’t immediately think of Islamic terrorism upon news of the bombings.

The threat of Islamic terrorism is not restricted to just our nation. It is worldwide and, in Europe, there are nations taking affirmative action to restrict Muslims from immigrating and passing laws regarding their behavior in their nations in recognition of the threat they pose. There is a “war on terrorism”, but it is more accurately a war being waged by Muslims against us and others.

In America, however, the government for the past four years has sought to eliminate any references to Islam and terrorism from its official documents and has instituted political correctness as a national policy. We have a CIA director who refers to terrorism as a “tactic”, not a strategic threat.

We have a President whose father was a Muslim and who lived in Indonesia as the adopted son of a Muslim. His outreach to Muslims has been a failure. His foreign policies have seen the spread of Islamic radicalism. His response to the Benghazi attack was a fabric of lies.

A person of interest, a Saudi, Abdul Rahman Alharbi,  picked up immediately after the bombing, was on a watch list and yet he was almost instantly deported so that no intelligence could be secured from him. The State Department process by which Saudis can secure a visa to the U.S. has recently been streamlined.

The obvious conclusion is that our system for identifying and dealing with the threat of Islamic terrorists is so huge that even the agencies charged with addressing it are unable to “connect the dots” and there is little desire to deport those who should not have been allowed entry.

There are steps that could be taken, but the sheer weight of bureaucracy and administration policies is making taking those steps impossible. The current system is not working. The endless blather about “diversity” threatens the nation’s security.

Mere steps from where the former World Trade Center existed, Muslims are seeking to build a mosque. Al Gore has sold his television channel to Al Jazeera. There are school books and teachers in our schools that blame America for the hatred directed against the nation. The Transportation Safety Agency is contemplating letting people bring knives onboard planes.

The system is not working.

To say that the system isn't working is a drastic understatement.

9-11 was a direct result of another Democratic regime, that of Bill and Hillary Clinton (We ARE the President).

Our military and Intelligence service were cut to the bone under Clinton and have been cut nearly as bad under to most incompetent POTUS in American history.

The FBI was once considered to be the BEST of the best, now they fall under the Obama regime and the pathetic leadership of Eric Holder at DOJ.

It doesn't matter who the Director of the FBI may be, that person is, and will be ham-strung by Holder and Obama and what we are seeing now is the best we can expect from the inept and incompetent leadership that IS Barack Hussein Obama.

So sad. Today on one of the conservative radio shows Lindsey Graham mentioned that we can likely expect more incidents like this. How refreshing that was to hear.

"The system is not working."

There is no "system," Alan, just individuals who either care or don't care. So it seems it would be more accurate to say, "The majority of individuals don't care."

Should people care? Yes. Why don't they care? Because they're selfish. They live, not by principles, like men, but by their appetites, like animals. It is only when something directly affects their personal well-being that they care.

So it seems we can improve the situation in only two ways: (a) we can try to insure that animal-like individuals suffer the consequences of their own poor judgments, and (b) we can pray that more individuals will be "born again" and thus be "inspired" to live like men instead of animals.

In the long run, of course, only the latter alternative is viable. You can't make a really good "system" out of bad people, even when they're in the minority.