A Nation Divided, Then and Now 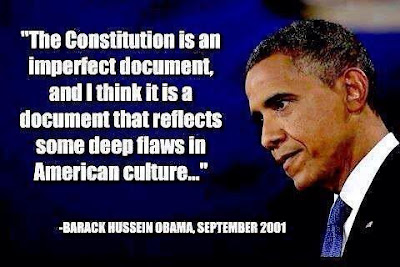 
It is fair to say that the nation is as divided today as it was in the decades leading up to the Civil War that came about by the decision to secede and thereby destroy the Union. The seeds of that decision were planted in the Constitution because of the compromises that were needed to secure its ratification by the states.

The Founders, many of whom were slave owners at a time when slave labor was necessary to the economy of the south and existed in the north as well, In his new book, “A Disease In the Public Mind: A New Understanding of Why We Fought the Civil War”, historian Thomas Fleming provides a context of the nation’s earliest years, noting that “Long before the first slaves arrived in the English colony of Virginia in 1619, slavery was a thriving institution in the New World…Few people criticized or objected to slavery; it was one of the world’s oldest social institutions with roots in ancient Babylon, Greece and Rome.”


It is an irony of U.S. history that the Revolution “had ended in the creation of a slave-owning republic devoted to freedom, liberty, and equality.” A contradiction to be sure.


At the heart of cause of the Civil War was the growing fear among white southerners who were vastly outnumbered by the slave population on whom their economy depended. Events like the Nat Turner slave insurrection and the slaughter of whites in Haiti fanned these fears. This was an era before mechanization eliminated the need for slave labor, but ironically it was the invention of the cotton gin that separated seeds from fiber that led to the rise of “King Cotton” and the wealth it produced. As Fleming notes, “Congress was aware that Americans north and south had been involved with slavery for over a century, and had profited immensely from it.”


The rise of the abolition movement would lead to the Civil War as those opposed to slavery and those dependent on it divided sharply, resulting in secession by the southern states. By then the north and the south cordially hated one another.


The issues that divide the nation today are quite different, but they are tied to the Constitution which many see as having been abandoned and trashed. Like the decades leading up to the Civil War, the process has a long history, primarily reaching back over the past century in which the central government assumed increasing power over the states, instituting the income tax, the Federal Reserve, Social Security, Medicare and Medicaid, Departments of Energy, Environment, Housing,and Education, along a mountain of regulation affecting all aspects of our lives.


The passage of Obamacare which nationalizes 16% of the nation’s economy is bringing the nation to the brink of rebellion. More than half of the states have filed suits against it and passed laws resisting its implementation. The same state that led seccession in1860, South Carolina, is leading the opposition to it.


Another constitutional issue, the protection of the Second Amendment, is generating a similar response. Millions of Americans are rallying around this constitutional freedom.


The debate about immigration is a third leg of the stool as Americans grow fearful over the failure of the federal government to protect its southern border from millions of illegal aliens in our midst (not unlike southern fears of its black population), the costs of public services, and the implications of enfranchising them, shifting political power to the Democratic Party which is responsible for Obamacare and other social programs draining the public treasury.


It is surely an irony of history that a majority of voters have now twice elected the first black President of the nation, initially responding to his message of “hope and change” until that change manifested itself as the socialism that has led some European nations to the brink of bankruptcy. Half the voters now see his administration as a threat to their freedoms and are being joined by others who are beginning to see the lies surrounding the attack in Benghazi (on September 11, 2012, the anniversary of 9/11) as an impeachable offense.


Adding to the fears driving Americans is the threat of militant Islam which dramatically altered public opinion after 9/11 in 2001 and the most recent bombings in Boston.


In ways that reflect the divisions and fears of the years leading up to the Civil War, the current era is filled with concern for the integrity of the Constitution. It has led to the creation of the Tea Party movement and revelations that the IRS has specifically audited organizations identified as conservative, patriotic or pro-Israel have only added to those fears. The Supreme Court decision regarding Obamacare is an error as great as the Dred Scott decision that prolonged slavery.


It is a cliché that history repeats itself but that is because it is true. The issues have changed, but fears for the sovereignty of the states, the viability of the economy, and the sanctity of our Bill of Rights (insisted upon by the states before ratification) lie at the heart of our current national mood.