How the Greens Pick Your Pocket 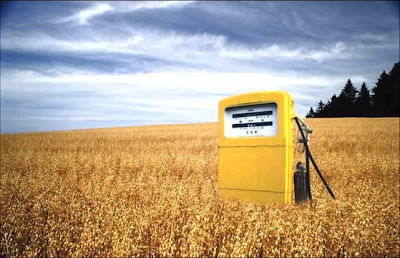 
The famed Boston Tea Party was a protest against “taxation without representation”, but our pockets are picked every day by a plethora of taxes of which most Americans are not even aware.


One particularly egregious form of robbery is ethanol. In March, a Washington Times editorial pointed out that “only the government could come up with a bubble in a commodity that’s merely speculative…renewable identification numbers are ethanol production credits created by the Environmental Protection Agency to help companies meet federal quotes for the production of a fuel that doesn’t actually exist.”


Not content with requiring the waste of a basic food product, corn, this other supposed source of ethanol requires refineries to purchase a “renewable identification number”, then priced at $1.10, up 500% from the three cents it would have cost a few months ago. The cost is passed along to everyone filling up their tank.

The cost of the corn that is diverted from the dinner table is in the billions and creates worldwide shortages. Before the Renewable Fuel Standard was imposed, corn prices were between $2 and $3 per bushel. The price of corn has since spiked to $7 per bushel and you pay for that at the gas pump and in the supermarket where corn is an integral element of thousands of food items.


Ethanol is justified as reducing carbon dioxide (CO2) emissions, but it creates more as it is processed for use and it actually reduces the mileage that a gallon of gas provides. Worse yet, it damages the engines of all new cars and trucks. It is so corrosive, it cannot be shipped via pipelines. And the EPA wants to increase the amount of ethanol to be blended from ten percent to fifteen percent!


Not content with that approach to fending off a global warming that has not been occurring for the last sixteen years, the EPA recently proposed a “Tier 3” rule to further lower sulfur content in gasoline that would increase the refining cost of gasoline by up to nine cents per gallon.


Reflecting on Obama administration policies, David Rothbard and Craig Rucker, co-founders of CFACT, a free market think tank devoted to environmental and development issues, recently noted that “All of the above” too often means all of the above ground and little or nothing below the Earth’s surface: wind, solar, biofuels and wood, for example – but little or no oil, gas, coal or uranium. In fact, more than any other in history, the Obama administration is using its executive powers to delay, obstruct, hyper-regulate, penalize and bankrupt the proven energy that is the foundation of modern living standards.”


The fleecing of the American taxpayer defies the imagination. The Institute for Energy Research recently reported that President Obama has spent $11.45 million for every “green job” created. Since 2009, Obama’s first year in office, the Department of Energy’s $26 billion loan program has created just 2,298 permanent jobs. The DOE has squandered billions on so-called green energy companies—solar and wind—whose investors have also turned out to be heavy contributors to his political campaigns. This is borderline criminality.


Since 2008 when the housing bubble burst, causing a huge economic downturn that has created an estimated 26 million unemployed, the Obama administration has gone about cancelling oil and natural gas leases while at the same time putting an embargo on the issuance of new leases on all federally owned lands.


The federal government owns 28% of the land in the nation and a majority of the land in the energy-rich Western states. It also controls oil and natural gas leasing on the Outer Continental Shelf, the submerged area between land and deep ocean.


In sharp contrast, drilling on privately owned lands has proved to be a bonanza. If the full capacity of the nation’s technically available reserves of oil and natural was unleashed, the United States would not only have no need to import oil, but would become an exporter!


Most Americans are totally unaware of what the government is doing, but all are being impacted as the cost of transportation and electricity continues to rise for no good reason other than government policies and the environmental propaganda about “climate change” and “pollution.”


The Greek myth about Cassandra tells of the god Apollo’s gift of prophecy he bestowed on her to win her affections. When she would not become his lover, he punished her by causing anyone to hear her prophesies of future events to interpret them as lies. The gift became a curse.


Think tanks like CFACT and others are telling Americans the truth, but too many remain deaf to it. The result is our present torpid economy and the cost of energy and commodities that have been increased by the lies Greens tell.

The History of the Oregon Environmental Council and a biography of Larry Williams, the mechanism for funding environmental organizations (NGO) was unique.(Pg 168, lulu.com)

First, the World Wildlife Federation (WWF) refers to a policy that, "...allowed each country that participated (Latin America Trade Agreement) to donate to an environmental fund using money that would otherwise go to the US to pay down their debt...the environmental funds to be controlled by WWF...In 1986, through a continuing resolution placed a permanent earmark requiring USAID to spend three percent of its budget on environmental issues." So American taxpayers have been paying for the environmental movement for a long time with Billions of dollars when you take into account the size of the budgets and the debt service that was forgiven to most if not all Latin American countries and USAID.