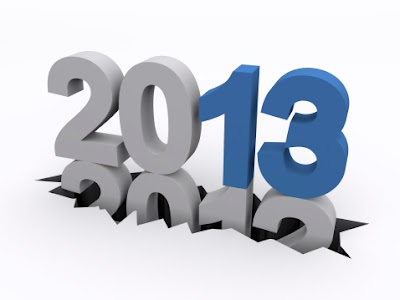 
At some point I suppose we all wonder what it must have been like to live a century ago. Just how different was it? In this new millennium can we rightly claim to be more enlightened, more sophisticated? Do we have wiser leaders in America and around the world? Are we more secure? As in 1913, the answer to these and other questions is no.

The historian, Charles Emmerson, undertook to examine all aspects of life around the world in 1913 and the result is his new book, “1913: In Search of the World Before the Great War” ($30.00, Public Affairs). If you like reading history, you will love reading this book. If you want to know what your grandparent’s world was like, you should read this book.


On a personal note, my Father was a lad of 12 that year and my Mother was a girl of 10. Both were first generation Americans thanks to the decision of their parents to leave the Old World of Italy and Russia. Their parents were not alone, hundreds of thousands of Europeans made the same decision, some fleeing persecution, others seeking opportunity in America. In my office my maternal grandfather’s certificate of citizenship hangs near my desk.  It is dated 1909.


Emmerson was born in Australia and grew up in London, graduating top in his class from Oxford University. He is currently a senior research fellow at Chatham House, the Royal Institute for International Affairs.


In 1913 America was a dynamic nation that had stretched its borders from coast to coast. To the north and south our borders had been determined and among the great riches beneath our soil were coal and oil. Above, it was agriculture. It was, however, to Europe that Americans still looked for innovations in fashion and the arts. Europe was a major trading power and home to the great empires, the colonies of Great Britain, France, and Germany.


“To be a European…was to inhabit the highest stage of human development,” says Emmerson. “Past civilizations might have built great cities, invented algebra or discovered gunpowder, but none could compare to the material and technological culture to which Europe had given rise, made manifest in the continent’s unprecedented wealth and power. Empire was this culture’s supreme product, both an expression of its irresistible superiority and an organizational principle for the world’s improvement.”


Herein is a note of warning to America in 2013. Few anticipated World War I in 1913, but “The world went to war in 1914. The hopes and dreams of a generation were ground into dust by the pounding of artillery shells. Families were ripped apart. Humanity looked into the abyss and, peering into the depths, found its own dark, disfigured reflection staring back.”


America emerged from World War I a global power (along with Japan). The Ottoman and Austro-Hungarian empires that existed in 1913 would end.


Emmerson described the world in 1913 as one “a world of order and security, a world unknowingly on the brink of the seminal catastrophe of the twentieth century.”


He ends his book saying “it provides us with an opportunity to consider our own times in fresh perspective, to take stock of our past and consider our future, not as a foregone conclusion, not as a pre-determined course of events, but as a future we have yet to build.”


In the last century, the primary threats were fascism and communism. Communism would take control of Russia in 1917 and a “Cold War” with the U.S. and Europe would ensue from 1945 to 1991 until the collapse of the Soviet Union.


Europe and America have not learned from the failure of communism as an economic system. These days, Social Security, Medicare, and Medicaid currently represent 62% of the FY 2012 budget. Obamacare will vastly expand the size and role of the U.S. government.  By contrast, China which embraced Communism in 1949 would retain it as a form of government, but reject it as an economic system.


Today the primary threat is a resurgent, radical Islam. The prospect of nuclear arms being used gives this a dimension unknown in history.


Decisions to downsize the U.S. military and withdraw it from forward bases will likely exact a high price. The refusal to even name the enemy will not make it go away.

Follow the dots and connect some. Radical Islam is being used to further the agenda of the "Powers That Be". Arming both sides and pretending to still cherish the notion of a "religion of Peace", the PTBs spill the blood of our finest young men and women and subtly undermine the liberties we have chosen as a Nation not to defend.

I ordered the book based on your say so. I will let you know what I thought. I LOVE history and have oftened asked that very question...what was the world like one hundred years ago.

I do know that even the poorest in America today have it WAY better than even the most wealthy in 1913. They knew not of air conditioning, disease as a big deal, premature death was accepted as normal, and the average wealthy person knew nothing of travel faster than a horse or train. Movies, radio, phones, refrigeration, supermarkets, malls, airports, modern medicine and dental, and on and on. I would rather be poor today then rich one hundred years ago (if my primary concern was comfort of life that is).

So, I look forward to my next amazon package...thanks for the heads up on what I hope is a great book.

Islamists are complete and total liars, insofar as they believe their "religion" is superior to others, when in fact it is a perversion of the real religious quest, the seeking and cherishing of the deepest truths of life in this world. In particular, insisting upon calling Islam "the religion of peace" should be understood in the light of real history, in which Islam developed IN MIMICRY OF and AS AN ARABIC REPLACEMENT FOR Christianity (and its predecessor, Judaism). Jesus's teachings (that "you should love one another as you love yourself") rightly earned HIM the title "Prince of Peace", but as Christianity afterwards accrued power it lapsed from his teachings, and Arabs like Mohammed saw and envied, not Christ's teachings, but the POWER of Christianity in the world. In this, the lust for power, they are like the Insane Left that is tearing America down in the name of "transforming" it, with "progress". The lies of these aggressive dogmas, so well demonstrated in Obama's every word and action, are absolutely blatant now, to any who have not succumbed to the demonization of the Right (which, as the Bush years and his legacy should also make entirely clear, has earned much of the opprobrium it now faces, among those determinedly non-thinkers who have been raised to think of themselves as victims rather than self-responsible souls--but America does not deserve the opprobrium those "victims" project upon it. I am an independent, and I reject the dead-to-the-truth dogmas of both Left and Right, in favor of the original Enlightenment, backed by the power of Jesus's teachings, that spawned America.)

@sdkar. You will enjoy "1913" and I agree that being alive today is far superior, technologically, than a century ago.

Because I am your age, I know what it was like around 73 years ago and on unto this day. Yesterday at our towns Memorial Day observance we had a 90 year old speaker, enough older than you and I are to remember almost 100 years. It was very interesting because he spoke of what it was like for people to go through the depression and then the war years. We are in a town that has a huge retirement community, many from the military. There were a number of younger people there and it was so nice they were allowed to hear someone tell it like it was instead of from a movie or TV show. Heaven knows they are not getting it from the history books.

Rockport, it was a better world in which we grew up. There were moral standards and values that are vanishing these days.