Fearing the Success of Religion 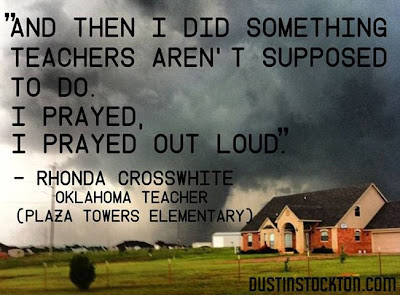 
I know any number of atheists and they are generally cheerful, law-abiding, moral people. The ones I know don’t go around demanding that symbols and acts of religious devotion by others be restricted.


I like the atheists I know even if they don’t believe in God or identify themselves as Baptists, Lutherans, Methodists, or any other faith group. It’s their choice. The more militant atheists, however, should let others make their choices, too. They should be able to get through a brief, public moment of prayer without being upset about it.


Atheists sometimes refer to the “wall” between state and church, but that is not in the Constitution. There is, however, a restriction on the “establishment of (a state) religion.” The Founders were all religious to a greater or lesser respect. Abraham Baldwin, a delegate from Georgia was an ordained minister. They started each session with a prayer.


George Washington expressed the view of the delegates when he said, “It is impossible to rightly govern the world without God and the Bible.” Thomas Jefferson, who is often quoted for his statement in a letter about the need for a wall between state and church, said “A studious perusal of the sacred volume will make better citizens, better fathers, and better husbands.”


In any group of people there are those zealots who are not content to hold their own beliefs, but insist that they be imposed on all others. This is true of the “secular humanists”, a term atheists use to describe themselves. In the June/July issue of Free Inquiry, a publication for atheists, the editor of the magazine, Thomas W. Flynn, asks “Is Religion Dying?”


Flynn began his editorial noting the vast media attention paid to the recent selection of a new Pope after the former one resigned. “For the span of one long month, the world’s biggest news story was that an institution that styles itself as the representative on Earth of a deity who does not exist would name a new leader.” Flynn described himself as an “old-time atheist…who began his childhood in the uber-traditional, pre-Vatican II Roman Catholic Church.”


Flynn addressed the younger generation saying, “just because you have been lucky enough not to experience religion at its worst, don’t be too quick to decide that this wolf has no teeth.”


Suffice to say that the Catholic Church has over a billion faithful worldwide and that would be sufficient reason for the media to pay attention to the election of a new Pope, but Flynn makes no mention of Islam, a religion of comparable size that has been in the news for the killing of “infidels” (unbelievers) for several decades (if not centuries). It seems like hardly a day goes by when Muslims are not killing infidels in England, France, Sweden, and, of course, most recently in Boston. In Iraq and Syria, they are killing each other.


He described the major religions, which would include Christianity, Hinduism, Buddhism, and Islam, saying, “most of the world’s existing creeds are in varying measures ahistorical, reactionary, authoritarian, misogynistic, and repressive—nonetheless, religion and religious institutions are hugely influential, in culture and (unfortunately) politics as much as they are in the domain of faith.”


Suffice to say, Flynn has a deep distrust of religion no matter what form it takes, but it has surely played a major role throughout the history of civilization for good or ill. He acknowledged that “Religion still matters.”


Flynn worried that “memes newly afoot in our movement—some concerning younger nonbelievers, others circulating principally among them—suggest that traditional free-thinker attitudes of vigilance toward religion may be losing relevance. Advocates note that in recent surveys 20 percent of American adults now disdain any religious identification; among the eighteen to twenty-five set, more than a third do so.” Memes are defined as "an idea, behavior, or style that spreads from person to person within a culture."


“Do the math,” said Flynn. “If 20 percent of adults have no religious identity, that means 80 percent still do. If a third of the young are not religious, that means two-thirds of the young still are. Religious believers are very much in the majority, and they are still enormously powerful.”


So, Flynn answers his question, “Is religion dying?” and the answer is no.


Its return to Russia after decades of Communist repression speaks to that. Its growing strength in China worries its Communist leaders. The spread of the Catholic and Protestant faiths in Africa is a real phenomenon. The Islamist attacks on Copts, an ancient Christian faith in Egypt is just one example of the way Christians throughout the Middle East are being killed and forced to flee.


Flynn addressed younger atheists saying the “religious majority still is both pretty devoutly religious and in the majority. Recognize that within it, a still-vital religious Right continues scrabbling to hang onto power—and in some areas is continuing to expand. America’s more conservative churches are home to millions of believers who think we’re all going to hell and don’t think God will mind if they figure out new ways to curtail our civil liberties.”


I see little evidence—none in fact—that the Religious Right wants to curtail civil liberties; that’s what the Left does. Most certainly they were not the ones that militantly opposed a moment of prayer in schools to begin the day or oppose symbols of Christian faith in the public square. Many people of faith remain opposed to abortion that, since 1973, has killed more than an estimated 54 million unborn and some that were born. Humanists have a strange way of showing their regard for fellow humans.


In America Flynn is free to hold and publish his opinion, one that includes his own admission that religion is alive and well in America.

Ya know, atheists claim they can prove that God doesn't exist, so, I asked one to PROVE it to me...

He says "Have you ever seen God?"

I had to answer "No, I haven't, but I've seen the light of God in the eyes of my newborn children.."

Yes, they really are that stupid...

I will admit it...I am an atheist. I do NOT believe in God. I was raised religious, went to a christian school, church at least once (and sometimes twice) a week, was a member of the choir and an alter boy, I have read most of the bible, and truly believed in God. However, there came a point where I had too many questions that remained unanswered and in the end, decided religion wasn't for me. However, that being said, I think religion is wonderful and an absolute necessity. I believe in the teachings of christianity and think the ten commandments are a terrific basis for our laws. I do NOT mind a moment of silence or prayer in schools, or anywhere for that matter, and always bow my head in respect when those moments arise. I think prayer should remain in schools and other govt functions, as I fully recognize that our great country is based on christianity.

I am not sure you should blame the athiests for the idiocy that occurs everytime some jerk tries to remove the commandments from a courthouse or prayer from some govt function. Those jerks are NOT athiests...they are anti-theists. The difference being athiests simply do not believe in god and that is it. It is the anti-theists that not only do not believe in god, they hate god and religion and think everyone should think as they do as well and that all references to religion should be removed from everywhere. They hate nativity scenes and become upset when they see them and want god and religion completely removed from our country. How horrible that would be. I LOVE seeing a nativity scene. It means Christmas time is near and even if I don't buy into the whole Jesus thing, what he represents is incredible. The teachings of chritianity and being kind to others, treat all with respect, don't harm others, and so on, are tantamount in every civilization. Some find these ideals through religion, I find these ideals ingrained in my being and do not need religion to harbor politeness in my way of life and I have morality without needing to believe in a higher power than myself. I am not knocking religion or anyone that has it. In fact, I am jealous of those that can believe so strongly as I would love to believe in something greater than myself or of an afterlife, but for now, I simply have no faith and I no longer believe in such things.

Please, do not lump all athiests together. Athiests are literally everywhere and you would never know it simply because we all have the attitude of live and let live, and are fully respectful of those that have religion in their lives and will never say an unkind word about religion. It's those anti-theists that hate god and religion and want it destroyed. Why, I have no understanding other than they think everyone should be like them. How awful would that be?

So please, blame the anti-theists...they are the real jerks.

The establishment clause was not applied to the States until 1948 (McCollum v Bd Education Dist. 71) and several later rulings. The rationale being that the 14th Amendment guarantee of equal treatment incorporated the 1st Amendment against the States.

@sdkar. "Anti-atheists"? That's a new explanation for the demands of some atheists.

The restriction on the establishment of a state religion was in response to centuries of troubles caused when some nations, if not most, did have state religions. The Founders were well around of that and wanted to avoid it. They were creating a nation of tolerance.

Athiests as I define it are simply non believers of god or religion. Whereas, anti-thiests, are exactly that, ANTI, as in against and thiest, as in god/religion. So, anti-theist is someone against god and religion, whereas simply don't believe.

Just like there are two types of non-smokers. Those that don't smoke but don't care if others smoke, and those that don't smoke, and think all smokers should be removed, regulated, taxed, destroyed, beaten up, and so on. Yes, both are non-smokers, but the latter group are real jerks and everyone hates them, and wish they would simply shut up and go away...but they don't.

@sdkar. Thanka for the clarification.