The Green Enemies of Humanity, Science and the Truth

Among the greatest liars on Earth today is the international organization called Friends of the Earth (FOE). It has engaged in the most scurrilous fear-mongering for decades, along with Greenpeace, the Sierra Club, and the World Wildlife Fund, while all the time they pulled in billions in funding.


In May 2012, the Daily Caller noted that “The Congressional Research Service estimates that since 2008 the federal government has spent nearly $70 billion on ‘climate change activities.’” The leading critic in Congress, Sen. James Inhofe (R-OK) asked at the time, “Which would you rather have? Would you rather spend $4 billion on Air Force base solar panels, or would you rather have 28 new F-22s or 30 F-25s or modernized C-130s?”


“Would you rather have $64.8 billion spent on pointless global warming efforts or would you rather have more funds put toward modernizing our fleet of ships, aircraft and ground vehicles to improve the safety of our troops and help defend the nation against the legitimate threats that we face?’ 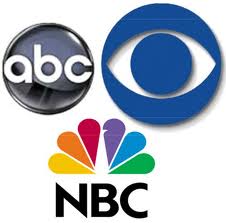 On May 9th, I received an email from Friends of the Earth that repeated all the lies we have heard for years. Painting with a very broad brush that completely ignores the fact that the U.S. climate has always had highs and lows of temperature, FOE complained that “Last year the U.S. experienced record-breaking weather all over the country. But, the nightly news programs on ABC, CBS, and NBC barely talked about what was fueling this extreme weather—climate change.”


What FOE failed to mention was a record that was set in 2012-13; as of May, according to the National Oceanic and Atmosphere Administration, the U.S. had its longest stretch in recorded history—2,750 days—without a major hurricane landfall. The many claims of “extreme” weather are classic fear-mongering. I might also add that, according to the National Interagency Fire Center, the number of wildfires is at a ten-year low. Glaciers are not melting and seas are not rising, unless a millimeter or two worries you.


“Climate change” is the replacement name for “global warming.”  Climate is measured in centuries. The weather is whatever is happening anywhere in the nation on any given day. Around the world, however, there has been a significant increase in cold weather and many are still waiting for spring to arrive.


Typical of the hyperbole that is representative of the lies we have heard from so-called environmental organizations, FOE fumed that “the nightly news programs at the major broadcast networks have largely ignored what is fueling this extreme weather—climate change.” Citing a Media Matters for America study, FOE noted that “ABC’s nightly news program did only one segment about climate change last year. Meanwhile NBC’s news show did only four and CBS just seven segments to this critical issue.” Perhaps this is because these notably liberal news organizations have concluded it is not a critical issue?


It gets better, FOE was angry, saying “What’s almost worse is that when these networks have covered global warming, they have often treated climate change as a ‘two-sided debate’ rather than what it really is; an issue in which there is overwhelming scientific consensus.” These are people who do not want to have a debate because, based on the facts, they would lose. As for scientific consensus regarding either global warming or climate change, there is NONE. If anything, leading scientists around the world have been debunking global warming now for years.


One of the leading think tanks in the effort to end the global warming hoax has been The Heartland Institute. It has sponsored several international conferences in which scientists and others have offered papers and addressed the topic. I recommend you subscribe to its national monthly, Environmental & ClimateNews. Its Managing Editor, James M. Taylor, J.D., provides the latest information on the environmental organizations greatest villain, carbon dioxide (CO2).


Two recent dispatches by Taylor noted in one that “Climate models supporting predictions of rapid global warming during the next century have performed miserably predicting global temperatures during the past two decades”, citing a comparison of computer model predictions and real-world temperatures by climate scientist Roy W. Spencer. In another, Taylor noted that “New data from the National Oceanic and Atmospheric Administration show atmospheric carbon dioxide levels continue to rise, but global temperatures are not following suit. The new data undercut assertions that atmospheric carbon dioxide is causing a global warming crisis.”


Undismayed by the facts, FOE could only cite the taxpayer-funded PBS News Hour that “devoted 23 segments to covering climate change.” When the President is telling everyone that the climate is the greatest threat to the nation, PBS bureaucrats who know where the money comes from can be depended upon to broadcast his lies.


Ironically, the Wall Street Journal published an opinion by Harrison H. Schmitt and William Happer on the same day the FOE email arrived. It was titled “In Defense of Carbon Dioxide.” Schmitt was an Apollo 17 astronaut and a former U.S. Senator from New Mexico. He is an adjunct professor of engineering at the University of Wisconsin-Madison. Happer is a professor of physics at Princeton University and a former director of the office of energy research at the U.S. Department of Energy.


“The cessation of observed global warming for the past decade or so has shown how exaggerated NASA’s and most other computer predictions of human-caused warming have been—and how little correlation warming has with concentrations of atmospheric carbon dioxide.”


No wonder FOE is upset that even the mainstream media networks no longer want to report on a global warming that does not exist. There’s real science and there’s the fulminations and lies of Friends of the Earth.

I still contend that this global warming crap and/or climate change (or what ever you want to call it) is a product of the United Nations, Time Magazine, and all the other leftists new world order regime's goal of taxing the entire world's population for something we have no control over...the weather!

Alan, I have long believed that if we would institute a flat tax with NO deductions for all individuals and corporations, the funds for these bogus charities would dry up. This taxation method would also eliminate the need for an all powerful IRS, for CPA's, tax layers and lobbyists. We need to get the government out of picking winners and losers. Let the free market prevail.
Have a good week

Climate is defined as a 30 year period now, not centuries. I am uncertain as to how one choses the 30 year period or if it changes every year as we drop the 31st year and replace it with the new year on the othere end. NASA uses 1951 to 1980 for its base period in some research (http://www.giss.nasa.gov/research/briefs/hansen_17/) The idea that climate is centuries of weather is not held anymore by climate scientists.

Alice, NASA may use a 30-year-period, but that does not change the way climatologists prefer very long records of climate cycles to make their determinations. NASA's record of bad predictions and bad science does not recommend them as a standard by which to judge climate.

Here is the part the GloBull warming environazis miss; No Co2 and plants don't give off O², no O² means no you and me..

How many, Fred, slept through science class when they were in school?

Or just never question the "science" the Greens offer up without questioning it?

Wisconsin State Climatology Office
Climatologists define a climatic normal as the arithmetic average of a climate element such as temperature over a prescribed 30-year interval. The 30 year interval was selected by international agreement, based on the recommendations of the International Meteorological Conference in Warsaw in 1933. The 30 year interval is sufficiently long to filter out many of the short-term interannual fluctuations and anomalies, but sufficiently short so as to be used to reflect longer term climatic trends. Currently, the 30-year interval for calculating normals extends from 1971 to 2000.

National Drought Mitigation Center
Climate is usually defined by what is expected or “normal”, which climatologists traditionally interpret as the 30-year average.

Okay, Alice. If it is an international standard then I stand corrected.

That said, the endless predictions that began in 1980 or so that the Earth would overheat in ten or twently years did not come true.
Ten years earlier they were predicting an ice age. If the current cooling cycle continues, that well may be the case.