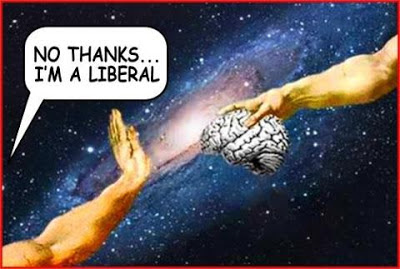 
File this under random musings.


From what I can determine as I visit various blogs, forums, and websites intended to be read by conservatives, as a group we are very depressed, very angry, or moderately gleeful over the travails of a certain Mr. B.H. Obama. Or all three.


Obama has been the most unifying force for conservatism since the days of Ronald Reagan; only Reagan did it in a positive, uplifting fashion whereas Obama is seen as evil incarnate; incompetent; arrogant; ignorant of history, science, and economics; a Leftist ideologue; a man whose birth certificate and Social Security number appear to be fraudulent, and who is a liar on a daily basis.


Obama has probably caused more guns and ammunition to be purchased by Americans since the British invaded again in 1812.


The revelations about NSA surveillance have caused a number of liberal activists such as Michael Moore and actor John Cusack to revise their opinion of Obama. The revelations about the IRS reinforced everyone’s fears of about this very scary agency. The questions about Benghazi remain unanswered by as the event fades into the past, there is concern they will disappear entirely.

There is increasing pushback against Obamacare which is turning out to be a bureaucratic monstrosity and one that will be administered by that most beloved agency, the Internal Revenue Service. This is already a Democratic Party nightmare and one that will impact the 2014 midterm elections. Everything Obama told us about it has turned out to be a lie. It is causing people to be laid off or just not hired. It is driving up insurance rates. It is filled with hidden taxes. And yet, it is precisely because of the pain it is inflicting that should be a cause of celebration among conservatives. This and future generations will refer back to the “the horror, the horror, the horror” of Obamacare.


A lot of people are among the unemployed and those numbers have not improved since Obama took office in 2009. Despite the multi-billion dollar “stimulus” and various bailouts the economy is barely showing any improvement.


Obama suffered a political setback in 2010 when the Republicans regained control of the House of Representatives. They have, in varying fits and spurts, managed to stall his ambition to “transform” America from the happy, prosperous nation it once was to a pit of despondency rivaled only by the former Soviet Union. He has withdrawn the nation from the leadership it exercised since the end of World War II and weakened our influence in the world.


After the 2012 elections, the Republican Party issued an “autopsy” of what went wrong. Only the GOP was not dead. Essentially it got mugged, but it is also true that lots of white people who might normally vote Republican stayed home. Data from the Center for Immigration Studies found that 4.7 million stayed home, of whom 4.2 million of them lacked a college education.


Conservatives do not want to hear Republicans in Congress talk about amnesty, but it is claimed that Hispanics could become Republicans by virtue of their conservative values. Meanwhile the immigration reform bill becomes more unpopular by the hour. Forty-four amendments were offered the day it was introduced in the Senate. It is a legislative monstrosity with so many waivers and vague language that it will stop no one from coming here illegally and will deport the many who will head north. If the 1986 amnesty bill was so great, how come we have eleven million illegals? Or probably twice that many.


No conservative wants to let the President raise taxes on anything for any reason. This is, after all, a man who added three trillion dollars to the national debt in just his first term. Obamacare is a huge tax and hugely unpopular.


There is increasing alarm over a government that is accessing the phone records of millions of Verizon customers, whose Department of Home Security is stockpiling ammunition against civil unrest, whose IRS is targeting conservative groups, whose EPA favors environmental groups, and whose Department of Justice has targeted journalists for investigation.


In general there is a hard core of thirty percent of voters who have difficulty tying their shoe laces or grasping the meaning of a stop sign. Another twenty percent of liberals give no indication of thinking about the issues in a rational fashion. That leaves a disparate coalition of half the voters and disenchanted former Obama supporters to save us from further decline.


All this liberalism didn’t happen overnight. Starting in 1913, the income tax was introduced, the same year the Federal Reserve was created. This was followed, from the 1930s to the 1960s, by Social Security, Medicare and Medicaid. In the 1960s we got the War on Poverty. If we adopted a Fair Tax, we would not need an IRS. Presumably, if the “entitlement” programs were administered as intended, they would be solvent. And if Santa Claus was real we would all get the presents we want on Christmas.


Rasmussen polling is showing that trends lines are all moving against Obama. On June 5 a poll demonstrated that 56% of likely voters “now consider the federal government a threat to individual rights rather than a protector of those rights.” That’s up 10 points since December. Other polling found that 57% want IRS offenders jailed or fired. 68% consider freedom of the press very important, and 42% think Eric Holder should resign.


If history is any guide the scandals afflicting Obama will gain sufficient momentum and mass to crush his messianic dreams and leave him looking a lot like Jimmy Carter. Or worse! The scandals all lead to 1600 Pennsylvania Avenue. So, if conservatives can be patient while also keeping the pressure on the Democrats and their Dear Leader, we may well be just a year and a few months away from a turnaround in the 2014 midterm elections.


We have a full bench warming up for 2016; Ted Cruz, Rand Paul, Paul Ryan and Alan West, to name a few. A number of Democrats in Congress may well decide not to run for office again.


Obama will not be impeached. He will not resign. And, oddly enough, that is good news for conservatives when it comes to the forthcoming elections.

An excellent analysis I believe.

Sadly, too many that are thought to be Conservatives are turning out to be pure RINOs.

I don't think the scandal that IS Obama has stirred even half the nation yet, most Dems still love him, moderates are, well, moderate, many in the GOP haven't got so much as a clue about Conservatism and the REAL Conservatives are going to fight an uphill battle all the way.

The Dems and Libbers here in Texas are ecstatic, they swear they will turn Texas BLUE by 2016.

Personally, I see a lot of red, might be blood, but it's red.

I don't know, but I have to think, with the amazing string of scandals coming out against Obama so far this year, people ought to keep in mind the power of fate, or a higher power than the designs of man. I'll leave it at that.

Why would obama being allowed to finish his term a good thing ? The man is so loathsome and inelligible to hold office. I want it explained how he still is president. He's a fraud. His reelection was fraudulent . I just want answers and to see him fall hard.

Zossen, Obama remains President because we are a nation of laws and he cannot be removed for being loathsome.

Harry, I am with you. A higher power seems to be a work here.

Linda, I can assure you many are upset with the entitlements that pampered "elites" grasp at and are awarded by government. I would assume that every Tea Pary member (which I am not--I'm not a joiner) is as upset as you, if not much more so. Less government, with correspondingly less entitlements to the "elite", is their calling card. Why you voted (to re-elect?) Obama, yet despise his actions in office, sounds crazy to me. As for casting doubt upon a Higher Power, just because ALL seeming injustices are not erased together and at once, I can only respond that I consider Man to have free will, and our reaction to injustice and adversity in general--indeed, our very will to LEARN ANYTHING in this life--teaches us not only more about our selves and our inherent abilities, and the unseen connections between us all (as best illustrated, perhaps, by those "unalienable rights" we all share), but about the absolutely real MEANINGFULNESS of our life in this physical universe (I am a physicist, a scientist), and the HIGHER INTELLIGENCE implicit in that universal meaningfulness. It's all right to admit "God"--whatever "He" is--stumps you, "He/She/We" has stumped every human being that ever walked the Earth.

"Obama will not be impeached. He will not resign. And, oddly enough, that is good news for conservatives when it comes to the forthcoming elections."

Obama may end up being tried for treason by a revolutionary court and suffer the same fate as did Charles I of England, Louis XVI of France, and Nicholas II of Russia.