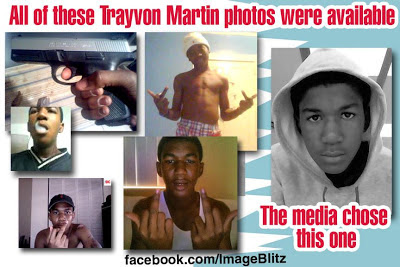 
We have been told that the President is a constitutional scholar of sorts, having taught a course on the subject at the University of Chicago. If his comment about Trayvon Martin was not intended to influence public opinion and, later, a jury than surely pigs can fly.


Is there anyone in America at this point who does not know that George Zimmerman was a volunteer neighborhood watch coordinator for The Retreat at Twin Lakes in Sanford, Florida, a multi-racial gated community where the shooting took place? I keep waiting for anyone to ask why the community felt the need for a watch.


At the time of the shooting, Trayvon Martin had been suspended from school, his third disciplinary suspension of the year; one that involved a marijuana pipe and an empty bag containing marijuana residue that were found after he was searched by Miami-Dade school police officers. He was, however, at The Retreat with his father who, divorced, was visiting his fiancée.

Much as I wish it were not so, I think George Zimmerman is going to get a fast ticket to jail for having defended himself against Trayvon Martin. On February 26, 2012, when the local police inspected the scene and examined the injuries George sustained, they declined to arrest him. Not only did Zimmerman’s injuries cry out “self-defense”, but Florida has a “Stand Your Ground” law.


Never one to let an opportunity pass to get attention, the Rev. Al Sharpton showed up the day of Zimmerman’s arrest, April 11, to say, “Forty-five days ago, Trayvon Martin was murdered.” The Rev. Jesse Jackson also chimed in, referring to Martin as “murdered and martyred.”  Oh, let’s not rush to judgment here! Let’s not create any race-based anger and discord before the facts are presented in a court of law.


I am not going to try the case because there are larger issues to examine here; one of which is white guilt. Along with a 90+ percent turnout of the black vote got Barack Obama elected—twice, he received votes from whites who wanted to demonstrate to the world that America could elect a black president.


At some point, whites have to stop feeling personally responsible for the issue of slavery (white people led the abolition movement) and the disgraceful era of Jim Crow laws that existed in the South for a century after the end of the Civil War.


Too many blacks are ignorant of the history of the Democratic Party that advocated the spread of slavery as new states were established and steadfastly opposed the end of segregated schools, while supporting other noxious examples of racism.


The other issue is the way the news media treated the story. I suggest that, if George Zimmerman had been black instead of Hispanic, it would only have been a local story. Instead, the media went all out to convict Zimmerman, including an instance where his call to the police to report a suspicious young man was edited to make him appear to be racially biased.


Citing Bureau of Justice Statistics, columnist Walter E. Williams, noted that each year approximately 7,000 blacks are murdered and 94% of the time, the murderer was another black person. Between 1976 and 2011, there were 279,384 black murder victims. Using the 94% figure, that adds up to 262,621 who were murdered by other blacks. It is astonishing that, while blacks are 13% of the nation’s population, they account for more than 50% of homicide victims. The Bureau also notes that blacks are most of the victims of violent personal crimes such as assault and robbery.


Williams also noted that, at the rally that Sharpton and Jackson held to condemn Zimmerman, the former NAACP leader, Pastor C.L. Bryant said that “The greatest danger to the lives of young black men are young black men.” When President Obama piped up about Trayvon, T. Willard Fair, president of the Urban League of Greater Miami, told The Daily Caller, that “the outrage should be about us killing each other, about black-on-black crime.”


Was George Zimmerman attacked by Trayvon Martin? Did he have cause to fear for his life? Those are just two of the questions a jury composed entirely of women will have to decide, but my money is on a verdict of guilty. That’s the verdict inferentially declared by the President and the media.


For my part, based on the information that has preceded the trial, I believe that George Zimmerman should be found innocent of second degree murder. That’s what the police at the scene swiftly determined. That’s why he was not arrested until the event became politicized in the weeks that followed.

I agree with you - George Zimmerman will be screwed, blued and tatooed by a politically correct all female jury who are stupid enough to actually believe the Democrat inspired white racist hate propaganda.

Alan,
Personally I support “reparations”. Blacks worked for free and deserve some sort of compensation for those efforts. Although its true there is no living black that lived under that ill conceived system, they deserve some sort of reparations, but only after they have paid reparations to whites. Over 600,000 young white men died in that horrible conflict in order to make black men and women free in America. After the black community pays ‘reparations’ for all those lost white lives we can work to figure out what the white community owes them. I think they will then be working under a deficit. Although family received no benefits from slavery I am somehow obligated to pay ‘reparations’. My family wasn’t here for the Civil War and suffered no losses either, but what’s sauce for the goose is sauce for the gander; so I want my share now.
Rich

I don't think so Alan. It's pretty hard to get a jury to convict someone on a murder charge unless the evidence is ironclad and overwhelming. My wife was on a jury where a guy shot up a nightclub with an AK-47 in front of dozens of people and he was acquitted simply because the weapon wasn't recovered. Zimmerman is clearly innocent of murder. I can't see how this jury could ever hand down a guilty verdict unless someone is coaching them or pressuring them. If they DO happen to convict him of murder, it will be a travesty of justice ...

@Guy. I hope you are right and I agree with you that it would be a travesty of justice.

I second the motion - I hope you right, because this killing was CLEARLY an act of self defense and never should have been bought to trial.

In fact, if I had the power, I would indict RINO Governor Scott of Florida - and everyone else responsible for this Stalinist show trial - for treason.

If George Zimmerman is convicted he will be a contemporary American example of old Soviet style Communist justice where the verdict in a case is determined by the accused race, class, religion and national origin.

We will see how this witch hunt comes out, but I'm warning the powers-that-be
this crap better be coming to a halt pretty damn soon.

I have questions regarding the all-femaly jury AND bench. What would the press say if a woman was accused of murder, and she was going to be judged by all male jury and bench? Sorry, but when I heard that George had an all female jury, I knew he was screwed. Jury of your "peers", yeah right...

Eddy, not just all female, but all white with one Hispanic.

You are correct Alan; this is going to be one of those "statement" convictions. The judge has taken away every line of defense Zimmerman was going to use, has disallowed all manner of evidence and expert testimony. Zimmerman is going away for a long time to make the black political establishment happy.

If you think whites were the only ones involved in the abolitionist movement you are sadly mistaken... ever hear of Frederick Douglass,for example? Second,if whites shouldn't feel guilty about slavery, then who should? They owned black slaves in America! It is true that the Democratic party was racist and actively discriminated against blacks, but it would take a lengthy history lesson to explain why blacks became Democrats. You are right about media propaganda, but there are some racial elements in this case, and the fact of the matter is that Zimmerman should have allowed police to pursue Trayvon. Black on black crime is a serious issue that needs to be addressed, but it doesn't excuse the senseless loss of life in this case.

@pjprice: Frederick Douglas was an important figure in the abolition movement, but did you know that eeven some free blacks owned slaves in those days? The issue of race is deeply embedded in the nation's history and still is divisive.

No wonder the whole world thinks americans are racist.