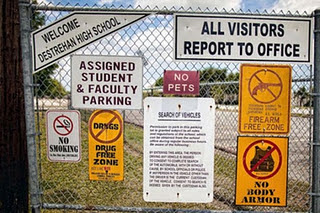 
American education was based on some very fundamental principles and, from the 1640s until the 1840s, they were, in the words of Joseph Bast, the president of The Heartland Institute, “real civics, real economics, and real virtues.”


Bast is the co-author of “Education and Capitalism” and in a recent speech at the Eighth annual Wisconsin Conservative Conference took a look at the way an education system that produced citizens who understood the values that existed before “progressives” took over the nation’s school system, turning it into a one-size-fits-all system of indoctrination. 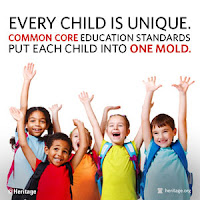 “One-size-fits-all is easier for bureaucracies, but it’s not good for kids. No two kids learn the same way, and no two teachers teach the same way”, but Common Core not only makes this assumption, but enforces it.


The good news is, as Bast notes, that “since the early 1960s, parents and activists have been fighting to return to the country’s education system to what had worked so well for 200 years.”


In a Wall Street Journal commentary by Jamie Gass and Charles Chieppo, they called Common Core “uncommonly inadequate” and documented the way it destroys student academic achievement. Gass directs the Center for School Reform at the Boston-based Pioneer Institute where Chieppo is a senior fellow.


The brain child of Marc Tucker, president of the National Center on Education, and spelled out in a letter to Hillary Clinton following Bill Clinton’s election in 1992, Gass and Chieppo quoted its stated intention “to remold the entire American system” into “a system of labor-market boards at the local, state, and federal levels” where curriculum and ‘job matching’ will be handled by government functionaries.”


Gass and Chieppo cited the way in Massachusetts Common Core’s English standards “reduce by 60% the amount of classic literature, poetry, and drama that students will read. For example, the Common core ignores the novels of Charles Dickens, Edith Wharton, and Mark Twain’s ‘Huckleberry Finn.’ It also delays the point at which Bay State students reach Algerbra I—the gateway to higher math study—from eighth to ninth grade or later.”


Common Core is not a plan to produce a new generation of citizens who understand the values on which the nation was based and built, but rather one that focuses on job skills to the detriment of civics, economics, history, the arts, and traditional values. It is a system for serfs, not citizens. It is yet another example of  how progressives view people as mere instruments of the state and how they have used the schools to indoctrinate and train them for that purpose.


“We have a president,” says Bast, “who thinks wealth is created by redistribution, that the producers of the world will continue to produce no matter how high the taxes or how heavy the regulations. High school and college students are taught to think the same way” to the detriment of “honesty, hard work, self-responsibility, faith, hope, and love. Are these things being taught in public schools today?” asked Bast. “Maybe in some, but not in many.”


“As long as government owns and operates ninety percent of the schools in the United States,” Bast warns, “we have no right to expect that fewer than ninety percent of students who graduate will be socialists.” The result of the two Obama elections are testimony to that.


In a commentary on leftist school indoctrination, Bruce Thornton, a research fellow at Stanford’s Hoover Institution and a professor of classics and humanities at the California State University, described the distortions today’s students are being taught in K-12.


“The founding of the United States, then, was not about things like freedom and inalienable rights, but instead reflected the economic interests and power of wealthy white property owners.”


“The civil war wasn’t about freeing the slaves or preserving the union, but about economic competition between the industrial north and the plantation south.”


“The settling of the West was not an epic saga of hardships endured to create a civilization in the wilderness, but genocide of the Indians whose lands and resources were stolen to serve capitalism exploitation.”


This is not what students who attended American schools in the 1940’s and 1950’s learned, but starting in the 1960s these distortions were, as Thornton noted, “married to identity politics, the defining of ethnic minorities and Third World peoples on the basis of their status as victims of capitalist hegemony and its imperialist and colonialist mechanisms.” Feminism added women to the list of victims “sacrificed to the white male structure.”

The result, said Thornton was “a student population ignorant of the basic facts of history, the vacuum filled with melodramas of victimization, racism, oppression, and violence that cast the United States as the global villain guilty of crimes against humanity.”


It’s a noticeable, though small, trend as parents homeschool their children. A report in Education News states that, since 1999, the number of children who are homeschooled has increased 75%, however that still represents only 4% of school-age children nationwide. These children do far better on standardized assessment exams than those in government schools.


The good news is that parents and activists across the nation are fighting back to ensure that school choice, based on a voucher system, and other options that include tuition tax credits, special needs scholarships, and education savings accounts. These empower parents to enroll their children in schools that have demonstrated higher standards and traditional values.


“If we can return to a free-market education system,” says Bast, “we can solve most of our political problems.”

I am thankful and fearful of Common Core. Fearful because after 30 years in the classroom I see a continuance of the dumbing down of education and students. fearful because the educational leaders follow what is handed to them so they may advance or receive more funding. Fearful because students have been anesthetized to the point they can't think and analyse what is really happening.

I am thankful that I will be able to "retire" from the current educational system, but continue to teach and help others in different ways.

Thank you fora concise explanation of our dilemma.

Thank you, Steve. You have confirmed my analysis of the problem most precisely.