The Environmental Enemies of Energy 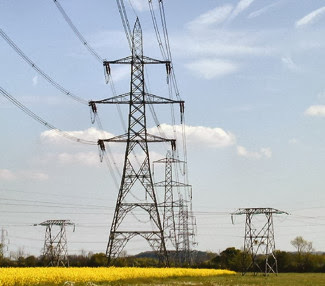 
While Americans grapple with the Obamacare debacle and 90 million are officially unemployed according to the Bureau of Labor Statistics, there is another threat to our future as environmental groups like the Sierra Club and Friends of the Earth continue their assault on the provision of electrical energy, the lifeblood of the nation’s economy and our ability to function at home and on the job.


Recently, Sierra Club members were told that they, “supporters, partners, and allies have worked tirelessly to retire 150 coal-fired power plants since January 2010—a significant number in the campaign to move the country beyond dirty and outdated fossil fuels.”

Coal, oil and natural gas are labeled “dirty” for propaganda purposes, but what the Sierra Club and others do not tell you and will never tell you is that they account for most of the electricity generated in America, along with nuclear and hydropower. Wind and solar power provide approximately 3% of the electricity and require government subsidies and mandates to exist. Their required use drives up the cost of electricity to consumers.


Among the many ongoing lawsuits that the Sierra Club is pursuing is one against Navajo coal mining, the Keystone XL pipeline, one seeking penalties for “ongoing violations” at Montana’s Colstrip power plant. They filed a suit against the power rate increase for Mississippi’s Kemper County coal plant.


In early October, The Wall Street Journal published an article, “Mississippi Plant Shows the Cost of ‘Clean Coal’.” It is testimony to the nonsense about “clean coal.” The plant, the reporters note, was meant to demonstrate that Mississippi Power Company’s Kemper County plant was “meant to showcase technology for generating clean energy from low-quality coal” but it “ranks as one of the most expensive U.S. fossil fuel projects ever—at $4.7 billion and rising.”


“Mississippi Power’s 186,000 customers, who live in one of the poorest region of the country, are reeling from double-digit rate increases,” adding that “the plant hasn’t generated a single kilowatt for customers…”


Seven power plants in Pennsylvania are under attack by the Sierra Club and EarthJustice which have filed a federal lawsuit. The U.S. Chamber of Commerce has exposed this common practice by environmental groups to “sue and settle.”


“It works like this. Environmental and consumer advocacy groups file a lawsuit claiming that the federal government has failed to meet a deadline or has not satisfied some regulatory requirement. The agency can then either choose to defend itself against the lawsuit or settle it. Often times, it settles by putting in place a ‘court-ordered’ regulation desired by the advocacy group, thus circumventing the proper rulemaking channels and basic transparency and accountability standards.”


High on the list of government agencies that engage in this is the Environmental Protection Agency, but others include Transportation, Agriculture, and Defense, along with the Fish & Wildlife Service, and the Army Corps of Engineers. One recent victory touted by Friends of the Earth is an EPA air pollution regulation is one that affects ships navigating along the coasts of the United States and Canada, out to 200 nautical miles, to “significantly reduce their emissions.”


Like the touted benefits of wind and solar power, “clean coal” is another environmental myth that is costing billions. Recently, the Global Warming Foundation reported that “The world invested almost a billion dollars a day in limiting global warming last year, but the total figure--$359 billion—was slightly down on last year, and barely half the $700 billion per year that the World Economic Forum has said is needed to tackle climate change.” The report cited was generated by the Climate Policy Initiative.


The problem with this is that there is NO global warming. The Earth is in a perfectly natural cooling cycle and has been for 15 to 16 years at this point. The notion of spending any money on “climate change” is insanity. The climate is largely determined by the Sun and other natural factors over which mankind has no control. The claim that carbon dioxide is a contributing factor to climate has been decisively debunked despite the years of lies emanating from the United Nations Intergovernmental Panel on Climate Change. Indeed, during the current cooling cycle, the amount of carbon dioxide in the atmosphere has risen!

For all their caterwauling about fossil fuels, environmental groups have resisted the expansion of the use of nuclear power that emits no so-called “greenhouse gas” emissions. The Friends of the Earth recently declared that “The quickest way to end our costly fossil fuel dependency is through energy efficiency and renewable power, not new (nuclear) reactors that will suck up precious investment and take years to complete.”


The Obama administration’s record of bad loans to companies providing renewable power—wind and solar—is testimony to the waste of billions of taxpayer dollars. In September, the Department of Energy made $66 million in green-energy subsidies to 33 companies, half of it to companies by a single venture capital firm with close ties to the White House.


The continued loss of coal-fired plants has reduced their provision of electricity from over 50% to around 47%. The resistance to the construction of nuclear facilities slows the replacement of their loss, but plants utilizing natural gas have benefitted greatly from the discovery of billions of cubic feet through the use of hydraulic fracking technology holds the promise of maintaining the nation’s needs. Need it be said that “fracking” has become a target of environmental organizations?


Environmental organizations are the enemies of energy in America and worldwide. Without its provision third world nations cannot develop and the ability to provide the energy America needs is put in jeopardy.

Find me one single IPCC warning that says anything beyond "could be a climate crisis".
Science never said it WILL be a crisis so how are you able to condemn our children to a crisis that only YOU say WILL happen when science has never said it will or said any crisis was; inevitable for that matter?
If "maybe" is good enough for you I can respect that but we deniers conclude that 30 years of science never saying a crisis was eventual, just probable is not a good enough reason to fear monger the entire planet. Just what does have to happen for science to end this costly debate to “save the planet” as you believers say and finally agree it WILL not just COULD? Will it be too late?

These dopes, including President Obama say things like, "Everyone should be able to vote." meaning the millions of illegal aliens who came in without visas. They also say we must reduce those pesky Greenhouse Gases, without which we would soon die. Catalytic converters change CO, a real pollutant into CO2, which is a fertilizer, part of the symbiotic photosynthesis which keeps the earth "in balance".

Travis: As usual you sum up all the lies and replace whem with a simple irrefutable truth.

Thanks, Meme. The skeptics are winning this battle for the truth...with a lot of help from Mother Nature!