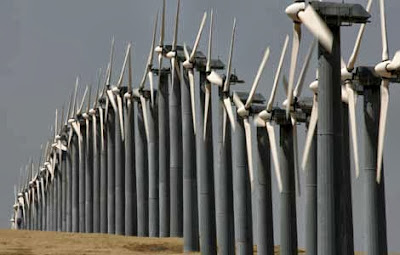 
In July the Fairhaven, Massachusetts Board of Health voted to shut down the town’s two wind turbines at night between 7 p.m. and 7 a.m. after dozens of residents had filed more than 400 complaints. Testing had demonstrated that the turbines exceeded state noise regulations and those specified in their operating permits.


In July the Heartland Institute’s Environmental & Climate News reported on the announcement by Nordex USA, a manufacturer of wind turbines that had accepted millions of dollars in subsidies while promising to create 750 jobs that it had shut down its Jonesboro facility. In 2008, Gov. Mike Beebe (D) had given Nordex $8 million from the Governor’s Quick-Action Closing Fund and the Arkansas Development Finance Authority had given Nordex another $11 million. The decision, said the company, was its uncertainty about receiving federal subsidies. At the time, only fifty people were employed there.


In early October, the House Oversight and Government Reform Subcommittee on Energy Policy, Healthcare, and Entitlements held a hearing on the Wind Production Tax Credit (PTC). The American Wind Energy Association (AWEA) was there to argue for an extension of the subsidy. According to lobbying disclosures, in 2012 the AWEA had spent more than $2.4 million to protect the subsidy which was set to expire, but which received a one-year extension as part of the deal struck to avoid the “fiscal cliff.”


Arguing that wind energy is an important element of the mix of energy provided by coal, natural gas, nuclear and hydroelectric facilities, the facts are that in 2012 coal accounted for 37 percent of total generation, natural gas represented 30 percent, and nuclear contributed 19 percent. Wind power accounted for just 1.4 percent of U.S. energy consumption in 2012 and only 3.5 percent of the nation’s electricity generation.


Since the PTC was first enacted two decades ago, it has cost taxpayers $20 billion dollars.


One of the primary arguments for wind energy is that it is “renewable” and does not contribute to the so-called "greenhouse gas emissions" that are the cause of a “global warming.” However, the latest warming cycle ended some fifteen years ago. Not one student in our nation’s schools has ever experienced “global warming.”


Wind energy is “green” say its supporters, but it is hardly “green” to kill an estimated 573,000 birds every year, including 83,000 birds of prey according to a study published in the March edition of the Wildlife Society Bulletin. It also kills countless bats, a species that reduces the vast number of insect pests that prey on crops and transmit diseases.


A permit is being sought by the Shiloh IV Wind Project in Solano County, California, that would grant it the right to kill up to five golden eagles over a five-year period despite their protected status under the Bald and Golden Eagle Protection Act.


So wind energy is justified as reducing greenhouse gases that are not causing global warming which does not exist, is receiving millions in subsidies, and wants to kill protected species, an environmental objective. This is hypocrisy on a galactic scale. 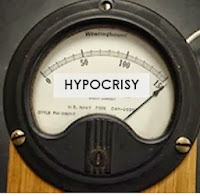 Testifying before the congressional committee, Dr. Robert Michaels, a senior fellow of the Institute for Energy Research, noted that the subsidy which was supposed to end by now has been renewed five times. The wind industry is essentially non-competitive when it comes to energy generation from traditional sources and has also been around long enough to amply demonstrate that. In a market economy, such industries are allowed to fail.


The wind industry, however, doesn’t even need to be competitive because utilities in some thirty states are required by law to include it in their “renewable portfolio standards” that set quotes for its use. This mandate is expected to see the installation of more than 100,000 renewable megawatts over the next twenty years and wind, said Dr. Michaels, and “seems certain to get the lion’s share.”


Adding to the idiocy of wind energy is the need for such production facilities to have a back-up from traditional coal, natural gas, and nuclear facilities because wind is not available with any predictability. The consumer not only pays for the electricity these facilities provide to ensure that they will always have electricity, but pays in the form of the subsidies the wind industry continues to receive.


There is no need for renewable energy mandates. Both wind and solar are unreliable sources of energy and produce so little as to lack any justification for their existence.


The wind industry exists because it spends millions annually to convince legislators that it should not only be subsidized and because many states require its use. Take away the interference of government entities and the industry would have no real basis to exist. It is a fraud.

Good post Alan. As with all the other 'big tent' occupants of the democrat party, they are losers and we winners are required to pay for their idiocy.

We need term limits now. If the mostly fraudently elected democrats were limited to no more than 8 years in office, all these problems should disappear.

I live in California where we've had term limits in the state legislature for some years. I can't think of any benefit we've gained from term limits. Sure, they replace one S- bird legislator when his time is up, only to replace him with another S- bird.

if I may add, there is no evidence that wind power even reduces CO2 emissions. In studies in Ireland and Germany, both with lots of windmills AND gas in their system, it has been found that wind may be saving only about 50% of the fuel that corresponds to the wind mwhrs they get paid for (in the case of Ireland), and in the case of Germany, wind (and pv) are actually increasing emissions as they force baseload power plants to work as variable and random backup. A total hoax from an emission reduction (or fuel saving) point of view.

The inability of wind to substitute conventional base or peaking power is well documented. This fraud has been perpetrated since the 1970's (remember the energy crisis?), and not a single tiny power plant has been replaced by wind.

'because wind is not available with any predictability.'

Although much of what you've said is ture, this statement is completely false. The majority of wind forecasts have errors between 5-10%

Several years ago, the owner of a horse farm in central Ohio put up a modest wind mill, about 70kW capacity. It typically generated electricity less than 10% of the time despite being on the highest hill in the county. Two years ago one of the blades broke off making the wind mill inoperable. It has never been repaired and never will be because there is no maintenance/repair subsidy.

Hi Alan, I think it is really time to evaluate the 'renewable' energy question with some common sense. Yes, if it is not profitable without government subsidy, do not use. Even from an engineering point of view I am no fan of wind power. I am, however, a fan of solar power technology, but only as a supplement. Here in South Africa we sit with a situation where is can potentially be feasible to switch to solar for domesit use, as our electricy distribution is sometimes problematic and the company run by a lot of bafoons. Then we have government regulation restrictions and billing issues... All which run in favour of domestic solar power. For baseload, why not nuclear... There is more than enough uranium available, just do not go and build your reactor on a seismic fault line!!

The science editor, Simon Roosendal of Elsevier, a prestigious Dutch magazine, said:- It a know fact that it is only the subsidies paid by the taxpayers that keep the blades of the windmills turning!