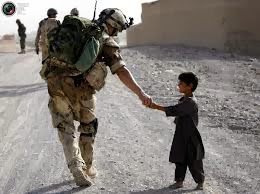 
On December 31, the United States is slated to begin removing its troops from Afghanistan. They have been there since shortly after 9/11 in 2001. At this writing, Afghan President Hamid Karzai has refused to sign a security agreement that would permit contingents of U.S. and allied troops there to train and assist its security forces beyond the end of 2014.


Karzai says we have different definitions for terrorists. They were and they are the Taliban. He wants to negotiate with them. On Christmas day they attacked the U.S. embassy in Kabul. No one was injured.


In late December, Defense Secretary Chuck Hagel and the chairman of the Joint Chiefs, Gen. Martin Dempsey, held a Pentagon press conference in which they asserted that the Afghan security forces are capable of “overcoming and, in most cases, overwhelming their Taliban competitors for control of Afghanistan," but that they “lack confidence.” In addition, they face a political transition in their central government, the outcome of which is unpredictable.


President Obama deemed the Afghan conflict a good war in contrast to Iraq. Since the withdrawal of U.S. troops from Iraq, it has been in a state of political crisis with constant attacks that kill Iraqis on a weekly basis. On Christmas day, Christians were attacked three times in Baghdad, Iraq, killing at least 37.


At the heart of the Afghan and Iraq problem is Islam, its long battle between Sunnis and Shiites, and its enduring hatred of Christians, Jews and all other faiths.


We’re in Afghanistan because it was an al Qaeda staging area for 9/11. Had we taken the approach that freed Kuwait from Iraqi conquest in 1990, we would have been in and out in short order. The U.S. led assault on Iraqi forces began in mid-January 1991 and it was over by late February.


Instead, we remained in Afghanistan. There were 630 U.S. casualties in the years between 2001 and 2008, but following Obama’s “surge” they increased to 1,544 between 2009 and 2012. In 2013, there have been 126. The Taliban suffered casualties, but they did not go away. Parked in Pakistan, their main support, they can and will return. Much of Afghanistan’s problems stem from the establishment of Pakistan in 1947.


Neither conflict produced a desired outcome and, combined with Obama’s agenda to withdraw the U.S. from any military role in the Middle East, many Americans are believed to have embraced a neo-isolationism whose roots reach back to the Vietnam conflict and earlier. The reality is that most have grave doubts and concerns about five years of failed foreign policy by the Obama administration that has sided with Islamists.


A recent Pew poll said that 52% believe “the U.S. should mind its own business internationally and let other countries get along the best they can on their own.”  The problem with that is the prospect of Middle East and African nations in which al Qaeda and other jihadists would gain control and expand their holy war on the West.


In an analysis of Afghanistan after a U.S. withdrawal, Daveed Gartenstein-Ross, a senior fellow at the Foundation for Defense of Democracies and an adjunct assistant professor in Georgetown University’s security studies program, noted recently that “Afghanistan has known some 2,600 years of foreign invasion. The invaders did much “to shape the country’s culture, religion, politics, and geography, and some of Afghanistan’s most critical turning points came as those invaders left the scene.”


There is considerable irony in what occurred when the then-Soviet Union invaded and was eventually forced out by Afghans and jihadists like Osama bin Laden who received considerable aid from the U.S. to drive out its army in 1989. This was followed by its collapse in 1991 and Afghanistan did as well, “into anarchy and civil war.”


Several scenarios were offered by Gartenstein-Ross, but given Afghanistan’s history few hold out much hope for a strong centralized government. As the Taliban say, the U.S. military wears watches while they measure time in decades and centuries.


My own best guess is that the Taliban conflict in Afghanistan will expand. Whether an Afghan army, still in its earliest years, can protect a central government is anyone’s guess.


When jihadists are emboldened enough to try to overthrow the Assad regime in Syria and as Saudi Arabia and the Gulf states join together to prepare for or deter a possible conflict with a nuclear-armed Iran, the Middle East holds the promise of a very ugly future. The implications for the U.S. can only be ignored at our peril. 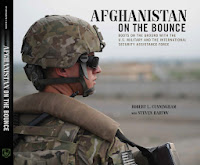 Editor’s Note: An extraordinary book on our fighting forces in Afghanistan, a tribute to their courage and dedication, is “Afghanistan on the Bounce” by Robert L. Cunningham, a noted photographer of Presidents and heads of state who was embedded with our troops there, photographing all aspects of their lives. If you served there, know someone who did, or are a veteran, this is worth adding to your library.

... and in a political defeat.

The lesson here is that when it becomes necessary to attack a hostile third world country jump in with both feet to include tactical nukes, cause maximum destruction and mega deaths, turn the country into a howling wilderness and get the hell out of Dodge.

...and "out" means OUT! No "Marshal Plan" to rebuild their disease ridden sewers of countries... no doctors, no food, no "I'm sorry!"

The Islamic people in the Middle East and Asia will never love or respect the United States...but we sure as hell can make them fear the wrath of the Eagle.

Sorry, Ron, but I disagree with the destroy and leave approach. Destroy enough to bring about surrender, but war must have an outcome that builds peace. We did that after WWII in both Germany and Japan. It worked.

At the risk of sounding too harsh; kill em all and let Allah sort em out...

I am sorry to disagree with you alan
the only thing Islam understands is
when it is beaten if you want world
peace destroy Islam it is Evil.