Looking Into My 2014 Crystal Ball 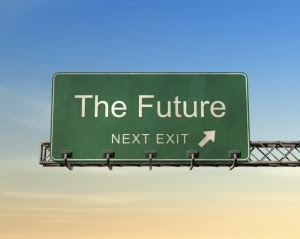 
Pundits are expected to make predictions for the year ahead and far be it for me to avoid what, generally speaking, depends on who is making them. Major trends are already in place and easy to predict as they proceed, but it is always unknown events that upend predictions. Mother Nature and perpetrators of evil can always be counted upon to provide them.


Since the Earth has been in a seventeen-year cooling cycle, I can safely predict there will be no “global warming” in 2014 and, given the other science-based factors, the likelihood is that 2014 will experience more colder weather and may even be an earlier predictor of a mini-ice age much the same as the one that occurred from 1300 to 1850.


As mentioned, it is the unpredictable events that will affect 2014. The good news is that the U.S. has seen far fewer hurricanes, tornadoes, and forest fires in recent years. The global cooling trend, however, is likely to cause more and larger blizzards.


“Climate change”? This is now the basis of all the lies we shall hear from the President to justify his five-year delay of the Keystone oil pipeline, his continued war on coal—affordable electricity—and other Environmental Protection Agency efforts to control our lives while denying the creation of the thousands of jobs the pipeline and other energy-related development would provide. Environmentalism is the enemy of the technologies that have transformed and enhanced our lives. 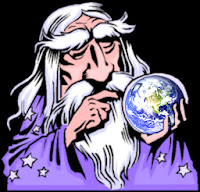 The November mid-term elections hold the promise of ridding Congress of some of the Democrats who unanimously voted for Obamacare in 2009. It will also replace those Republicans-in-name-only, RINOs, who have joined Democrats in voting for legislation that advanced the socialism that is strangling the nation by expanding the federal government. I predict the ranks of “independent” voters will increase in 2014.


The erosion of the Democratic Party base will continue as Obamacare afflicts millions of Americans who will lose their healthcare insurance plans, be deprived of using their personal physician, and see their costs increase. It is the essence of communism, providing the government with control over one’s life and, in too many cases, causing many to die for the lack of plans they previously had or the costs of those they are required to purchase. Those leaving the party will include women and the younger generation leaving college to discover there aren’t any jobs to help them cope with the debt they incurred to attend. Hispanics, too, show signs of leaving.


It is hard to predict what will occur within the Republican Party whose leadership has engaged in denunciations of the Tea Party movement. However, when the Tea Party movement elects more committed conservative GOP candidates, it will save the nation and the party. Suffice to say that Obamacare will be the gift that keeps on giving in 2014. It will, in time, be repealed.


Obama’s failed foreign policy will ensure that former allies will cease to trust the U.S. to support their need to deal with the rising threat of Islamic jihad in the Middle East and Africa. Obama has lost Egypt and Saudi Arabia as long-time allies. Israel is in a particularly perilous situation and the outcome of the Syrian civil war does not bode well for it or its neighbor Jordan.


Polls reveal a growing unhappiness with the U.S. Congress. The President’s performance ratings have been falling and will continue to do so in 2014. The problem is the growth of socialism that began during and in the wake of the Great Depression of the 1930s. The pension debt and other benefits resulting from government worker unions has forced Detroit into bankruptcy and other American cities will follow.
By executive order the President just raised government salaries by 1%. Can he do that? Not really. Only the House can authorize such expenditures. Can he change Obamacare without consulting Congress? Not really.


The mainstream media will continue to lose its credibility as the Internet affords Americans alternative means of finding out what is really occurring as opposed to the deceptive and manipulative efforts of the Obama administration. Having raised voter’s expectations of Obama, his fall will be dramatic in 2014. The mainstream media is largely composed of liberals who are the result of the transformation of education into socialist indoctrination that began in the 1960s. By contrast, conservative print and broadcast media will thrive. Fox News has more viewers than the networks and CNN, combined.


Events such as the current attack on Southern Sudan, and the on-going slaughter in Syria will continue. Christians throughout the Middle East and Africa will find themselves under continued attack. Muslim-on-Muslim violence will continue. Islamists are devoted to its “holy” war, including its own schism.


In America, privacy, an essential element of the Constitution, will continue to be diminished if Congress does not address the vast collection of information of all of our communications. Read the Fourth Amendment. It says in part that “The right of the people to be secure in their persons, houses, papers, and effects, against unreasonable searches and seizures, shall not be violated…”


We may see more states enact laws to defy Obamacare. South Carolina is currently the only one. The Tenth Amendment says “The powers not delegated to the United States by the Constitution, nor prohibited by it to the States, are reserved to the States respectively, or to the people.”


Read the Constitution, you will not find the words “health” in it, nor “education”, nor ‘environment.” The federal government should get out of these aspects of our lives.


My most positive prediction is that historians will look back at 2014 as the year in which Americans woke to the threat of socialism-communism and, like the Tea Party movement, began to fight back.

Indeed, 2014 - 100 years after the Great War that was to end all wars but didn't started - the world finds itself in somewhat the same position as that of 1914.

- a world wide collection of reactionary ruling elites, albeit socialists instead of monarchists.

- a new wave of technology advancement now held down by the reactionary socialism that dominates civilization.

- a new age of human liberty waiting to be born.

- the end of Big Government Statism and the birth of small limited government on a global scale.

Revolution is in air, but not the reactionary insurrections of the fascists and communists as was the case 100 years ago, but a positive one that seeks to empower the individual.