Obama's Moment of Truth---About His Lies 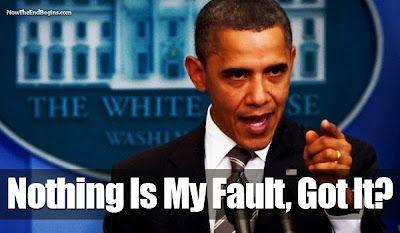 
I think the bulk of the U.S. population, particularly likely voters in 2014, have reached the point where they no longer believe anything President Obama says.


It coincides with what may be the lowest level of confidence in the U.S. Congress. Its Democratic members all voted for Obamacare without reading it and the harm it is doing to millions of Americans, along with its total lack of constitutional legitimacy, will likely see those running for election and reelection in the 2014 midterms defeated.


As the first year of Obama’s second term is completed in January, the nation is at a point that I don’t think has existed since the days leading up to the Civil War in 1861. It took until 1865 to conclude that split and a hundred more years to make right the many wrongs that led up to it.


In my life, more than seven and a half decades, I cannot recall a President who has generated such a deep sense of distrust. I say “distrust” because that differs from just disagreeing with a particular President’s policies. I say “distrust” in the context of what people believe no matter their political affiliation.


What we all know now is that President Obama cannot be trusted when he speaks about anything whether it is his signature legislation, the Affordable Health Care Act, or his rejection of decades of U.S. policy toward Iran that began in 1979 when they seized our diplomats in 1979. In the United Nations and in Congress, sanctions were applied that were, until his recent announcement, working effectively to influence its determination to make its own nuclear weapons. All that effort has been undermined by a process conducted in total secrecy because Obama knew it would be rejected. It should be noted that this occurred when Hillary Clinton served as Secretary of State.


Obama is the fulfillment of a long effort by the former Soviet Union, begun in the 1920s, to transform our society from one whose values and policies led the world in the effort to oppose communism even as it and European allies embraced socialist programs that are now threatening theirs and our economic stability. “Social justice” is the term adopted and exercised through “political correctness”, a philosophy that paints the U.S. as a heartless, rapacious, racist, capitalist nation more to be hated than admired.


Political correctness played a major role in the election of a virtually unknown first term Senator from Illinois because Americans wanted to demonstrate to the world that a black man could be elected President.


The failure of the Republican Party to strongly advocate the traditions and patriotic beliefs of Americans led to his reelection. The other factor was the adoption of the Alinsky-inspired methods of character assassination and the distortions of our history that is heard and read daily in the mainstream press and taught in our nation’s schools from kindergarten to college.


America has fallen prey to the infiltration and takeover of our education system that is filled with lessons and books that distort our history, denigrate our Founders, and teach disrespect for our Constitution, if it is taught at all. Our culture has been degraded by a Hollywood that turns out films depicting capitalism as corrupt and fills our lives with cultural messages that degrade our society.


From the earliest days of his first term, Obama has publicly attacked America in ways no previous President ever did.


In April 2006, in a speech delivered in Strasbourg, France, Obama said, “America has shown arrogance and been dismissive, even derisive (towards Europe)” when, in fact, America had twice come to the aid of Europe, first in World War One, and saving it from the worst totalitarian threat in World War Two. The graves of U.S. soldiers are found in cemeteries throughout Europe and it was the expenditure of trillions during and after WWII that attest to our long-term policies, not of conquest, but of liberation.


At home, Obama has striven to fulfill the “politically correct” policies of dividing the nation ethnically, emphasizing the national and religious differences that have existed in a culture of tolerance that earlier accepted waves of immigration of those who were eager to assimilate and become “Americans” as opposed to those who arrive, now often illegally, and demand the rights of native-born and nationalized Americans.


Obama has by-passed the limits the Constitution imposes on the executive branch with little or no opposition in a Senate controlled by the Democrats. The effort by the Republican controlled House led to the government shutdown and is now used against it despite the refusal of the President to negotiate and avoid it.


Even among “low information voters” the accumulated awareness of the many Obama administrations scandals is beginning to exercise some influence. From Fast and Furious to the Benghazi lies, even those who pay little attention to the government are growing aware of the massive waste of money the stimulus represented and  the increase of U.S. debt, the failure to pass a budget for five years that the Constitution requires, suspicious huge purchases of ammunition by Homeland Security, and, of course, Obamacare. They may not understand what these scandals mean, but they sense something is very wrong with America.


A President who is widely perceived as a liar has lost the most important factor that all Presidents require to function, his credibility.


What is needed now more than ever before is a Congress that vigorously opposes his actions and the months between now and the midterm elections will be critical for Republicans and independents to assert the role of this branch. The attack on a long established voting rule in the Senate has made this more difficult.


It can only be hoped that enough Americans, Democrats, Republicans, Libertarians, and independents will wake from their stupor and demand action.

It can only be hoped that enough Americans, Democrats, Republicans, Libertarians, and independents will wake from their stupor and demand action.

From your lips to God's ears...

Thanks, Alan, for proclaiming the truth behind all that is going on in our country. Readers should check out an interview with Norman Dodd at http://www.youtube.com/watch?v=YUYCBfmIcHM or http://www.supremelaw.org/authors/dodd/interview.htm

As you state, it is crucial that people understand what is going on. Thanks again.

Unfortunately, many Americans will never awake from their stupor. With all that has happened since Barry became president the fact that a huge percentage of Americans still like him shows that they are lost forever.

Absolutely brilliant article, Alan. I have enthusiastically linked this over at my blog. This is absolute truth, particularly the Soviet Union part. What baffles me is the inaction on the part of the Congress, and/or the level of complicity among the many supposed Republicans. What I hate even more than demoncraps is RINOs.

Just as Watergate took two years to result in Nixon's resignation, I believe the weight of Obama's lies will drive Congress to curb his efforts to harm the nation.