Obama's Deliberate Destruction of the Economy 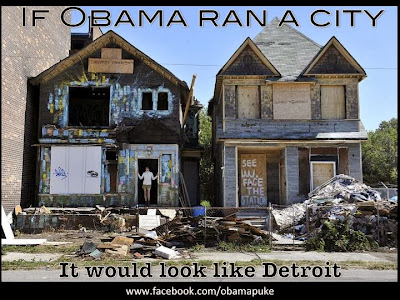 
"The budget should be balanced, the Treasury should be refilled, public debt should be reduced, the arrogance of officialdom should be tempered and controlled, and the assistance to foreign lands should be curtailed lest become bankrupt. People must again learn to work, instead of living on public assistance."  ~ Cicero 55 BC


What was true for Rome is true for America. President Obama may know little about history and less about economics, but he is relentlessly destroying America and has been since he first took office in 2009.


In September, the Gallup polling organization, reported that “Americans’ trust in ‘the American people’ to make judgments about political issues facing the country has declined each year since 2009 and, at 61%, is down nearly 20 percentage points from its recent peak in 2005. Still, that exceeds the 46% of Americans who trust the ‘men and women…who either hold or are running for public office,’ which is one point above the historical low from 2011.”


In the end, the primary currency of government is the trust people put in its ability to respond to the problems they encounter in their daily lives.


As of October, more than ninety million Americans were out of work. The data the federal government publishes is not trustworthy. It is manipulated for political gain. By October, even the Bureau of Labor Statistics had to admit that 90.6 million Americans over the age of 16 were not in the labor force--an all-time high.


Writing in Investor’s Business Daily, Betsy McCaughey, a former lieutenant governor of New York, noted that “After four and a half years of the Obama presidency, an unprecedented number of Americans have given up looking for work, wages are stagnating, low-wage earners are suffering most and the U.S. is fast becoming a nation of part-time workers.”


An October CNS News article reported that “Americans who were recipients of means-tested government benefits in 2011 outnumbered year-round full-time workers, according to data released this month by the Census Bureau. They also out-numbered the total population of the Philippines.” The figures worked out to about 1.7 people getting some form of means-tested government benefit for every one person working full-time year round.


In September, CNS News reported that “A record 23,116,928 American households were enrolled in the federal government’s Supplemental Nutrition Assistance Program (SNAP)---AKA food stamps---during the month of June, according to data released this month by the Department of Agriculture. That outnumbers the 20,618,000 households that the Census Bureau estimated were in the entire Northeastern United States as of the second quarter of 2013.”


Also in September, CNS News reported that “During the four years that marked President Barack Obama’s first term in office, the real median income of American households dropped by $2,627 and the number of people in poverty increased by approximately 6,667,000, according to data released by the Census Bureau. The record total of approximately 46,496,000 people in the United States who are now in poverty, according to the Census Bureau, is more than twice the population of Syria,” a nation that has lost 100,000 people in its civil war.


“The misery is not going to end soon,” wrote Mort Zuckerman, the editor-in-chief of the U.S. News and World Report, in a July Wall Street Journal commentary, noting that the economy represents “the weakest gross domestic product (GDP) growth since World War II. This anemic growth is all we have to show for the greatest fiscal and monetary stimuli in 75 years, with fiscal deficits of over 10% of GDP in four consecutive years.”


Over the past five years, the U.S. spent $3.7 trillion on welfare. That includes approximately 80 different means-tested poverty and welfare programs. That figure is nearly five times greater than the combined amount spent on NASA, education, and all federal transportation projects over that time.


You don’t have to be an economist to see that Obama embarked on a deliberate program to impoverish as many Americans as possible since taking office in 2009. If this is not a cause for impeachment than nothing is, but he will not be impeached. Instead, he will continue to attack all aspects of the economy. Obamacare is the ultimate example of this.

"The budget should be balanced, the Treasury should be refilled, public debt should be reduced, the arrogance of officialdom should be tempered and controlled, and the assistance to foreign lands should be curtailed lest Rome become bankrupt. People must again learn to work, instead of living on public assistance." ~ Cicero 55 BC

Ah, but the Romans didn't listen, did they? In fact, has any nation, having reached the need for such advice, ever listened?

I see little hope for America as long as Obama is POTUS.. He is, perhaps deliberately, destroying this nation one bit at a time.. His every move has been a disaster, his ineptness is obvious in everything he tries to do and if you don't like him and his destructive ways, it's not because it's not true, it's because YOU are a racist..

That's it, that's all he and his cohorts have; no one likes Obama because they are ALL racists..

Yes, Fred, calling anyone who blames him for our troubles a "racist" is the ultimate fall-back position for his supporters...I think, however, is is beginning to run out of supporters. At least, I hope so.

Excellent catalog of indicators of decline.

As for your thesis that Obama is deliberately destroying our economy, please see my book, Willing Accomplices, for details on how and why the belief system of the Politically Correct Progressives (the entire Democrat Party today) is based on a hatred of Normal America, with the concomitant desire to destroy Normal America.

This 13 minute video is a succinct summary of the research and analysis:

Grim stats. Obama keeps strutting around like nothing is wrong and the freeloaders ride on his back.
This "racist" is going out on early retirement before nothing is left.

I would be happy to see a review copy of your book. Check out www.bookviews.com.

I have a hard time pinning down what is wrong with America today with a handful of socialist/communists from years ago.
My thoughts go back on religion(lack of), family values(lack of) and the mainstream media(bullshitters).
I work in an area of mostly affluent individuals who care about two things, themselves and how they appear to their friends.
I go shopping and see three-hundred pounders loading up their carts and paying with food stamps.
I see half of my paycheck go to taxes.
My health insurance just went up to pay for the freeloaders that now will get health insurance with Obamacare.
Sixty bucks a week to pay for gas to get to work that should cost half as much as it does due to politically correct tree-huggers.
I stopped watching the news from ABC, CBS and NBC because of their liberal bias and a thirty minute program filled with fifteen minutes of pharmaceutical commercials that spend fifteen seconds telling you how good they are and fifteen seconds of possible side effects.
Broken families, drugs, crime, broken public education, God removed from thought, greed, dishonesty to name a few are what's wrong with this country.
Where is Ronald Regan?

Simple: Evil always hates The Good for being The Good.

"Evil always hates The Good for being The Good."

Exactly. As the apostle put it 2000 years ago, "For every one that does evil hates the light, neither comes to the light, lest his deeds should be reproved," John 3:20. But it goes back further than that: "And why did Cain slay Abel? Because his own works were evil, and his brother's righteous," 1 John 3:12.