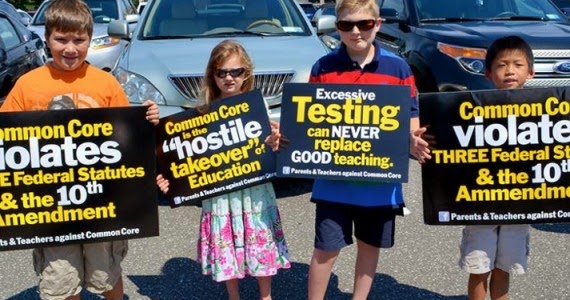 
As their children either start or return to school, parents are naturally concerned about the quality of education they receive from kindergarten through twelfth grade. In the past, before the teachers unions gained virtual control of the schools and before the federal government decided it had to impose “national standards”, it was the job of local boards of education to ensure students learned the basics—the three R’s—and, if history is any indicator, they did.


There should be no federal intervention in our school systems, but programs such as 2001’s “No Child Left Behind” and Obama's "Race to the Top" have conditioned people to accept its role. The most recent example is Common Core, but it is the creation of the National Governors Association and the Council of Chief State School Officers. The support it has received from the White House, the Department of Education, and voices on Capitol Hill has left many with the impression it is a federal program. That doesn’t make it any less awful.


If you want to learn the facts about it, read a brief analysis by Joy Pullman, “Common Core: A Bad Choice for America”, which you can download for free from The Heartland Institute’s website or purchase copies in quantity. Pullman, a research fellow, is the managing editor of Heartland’s “School Reform News”, published ten times per year. For the record,  I am a Heartland advisor.


As Pullman notes in her analysis, “In 2010, every state but Alaska, Nebraska, Texas, and Virginia adopted Common Core education standards, a set of requirements in each grade in math and English language arts.” As school begins this year, four states, Indiana, Oklahoma, Missouri, and South Carolina have already dropped the program. Watch other states such as Louisiana and Wisconsin do the same. 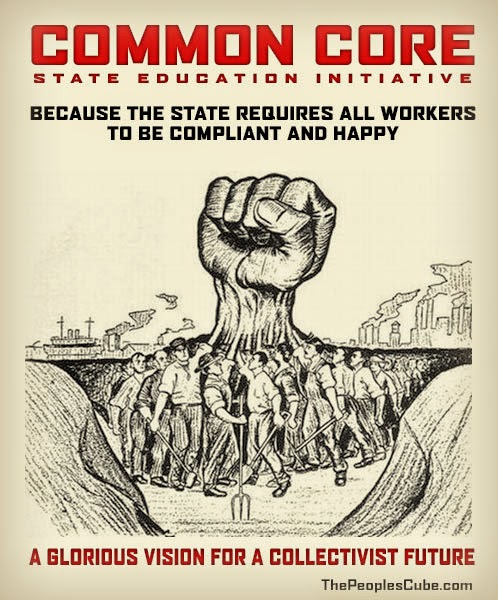 Here’s why. As Pullman notes in a recent article, for the first time the annual Pi Kappa Delta/Gallup poll revealed that “a majority of Americans—81%--has heard of Common Core. And 60% oppose it.”  As more Americans learn more about Common Core, they too will oppose it, but the most intriguing finding of the poll was that, among teachers, there was a drop of support from 76% last year to 46% this year! The poll demonstrated that “Majorities wanted local school boards to have far more control over what schools teach than state or federal governments.”


“Nationalizing education, like nationalizing anything,” says Pullman “requires compromise to get enacted. And compromise inevitably sacrifices quality. Quality has to grow from the ground up, through cooperation and competition, or it will never exist.”


What teachers and parents subject to Common Core requirements have learned rather quickly is that the program has a number of serious flaws. It not only slows the process of learning multiplication, it dampens the development of the creative thinking process, and offers a skewed, leftist selection of reading materials about U.S. history.


Any parent and any teacher will confirm that different students learn at different rates and some encounter problems in certain areas. Some are better at mathematics. Others are better readers and writers. Still others find science or the arts of greatest interest. People are different. It is foolish to think that children aren’t.


This is not to say that the states don’t have education standards. They do and local boards ensure that their curriculums meet them.


At the national level, Pullman points out that “the country already has a national testing program that sets cut scores: the National Assessment of Educational Progress” that is “a valid, well-respected measuring stick that already offers states and citizens the ability to compare schools’ progress across state lines without the intrusions and muddle curriculum Common Core introduces.”


I recommend you download Pullman’s analysis, but in the meantime let me offer a good way to understand Common Core. It is the Obamacare of education.