Greens are the Enemies of Energy 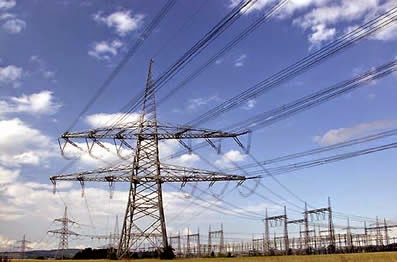 
Here in America and elsewhere around the world, Greens continue to war against any energy other than the “renewable” kind, wind and solar, that is more costly and next to useless. Only coal, oil, natural gas, and nuclear keeps the modern and developing world functioning and growing.


The most publicized aspect is Obama’s “War on Coal” and, thanks to the Environmental Protection Agency, it has been successful; responsible for shutting down several hundred coal-fired plants by issuing costly regulations based on the utterly false claim that carbon dioxide emissions must be reduced to save the Earth from “global warming.” 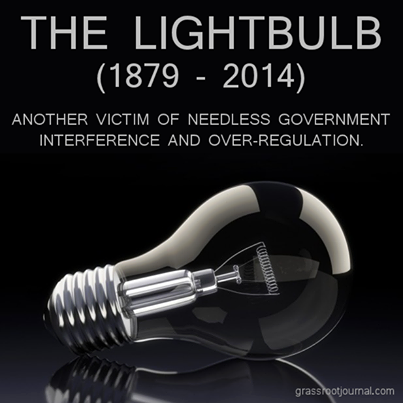 The EPA is the government’s ultimate enemy of energy, though the Department of the Interior and other elements of the government participate in limiting access to our vast energy reserves and energy use nationwide. By government edict, the incandescent light bulb has been banned. How insane is that?


The Earth has been cooling for seventeen years at this point, but the Greens call this a “pause.” That pause is going to last for many more years and could even become a new ice age.


A study commissioned by the National Association of Manufacturers (NAM) on the impact of the proposed new EPA regulation of emissions found that, as CNSNews reported, it “could be the costliest federal rule by reducing the Gross National Product by $270 billion a per year and $3.4 trillion from 2017 to 2040” adding $2.2 trillion in compliance costs for the same period. Jay Timmons, CEO and president of NAM, said, “This regulation has the capacity to stop the manufacturing comeback in its tracks.”

As Thomas Pyle, the president of the Institute for Energy Research (IER), said in June, “President Obama is delivering on his promise to send electricity prices skyrocketing.” Noting a proposed EPA regulation that would shut more plants, he said “With this new rule, Americans can expect to pay $200 more each year for their electricity.” Having failed to turn around the nation’s economy halfway into his second term, Obama is adding to the economic burdens of all Americans.


America could literally become energy independent given its vast reserves of energy sources. In the case of coal, the federal government owns 957 billion short tons of coal in the lower 48 States, of which about 550 billion short tons—about 57 percent—are available in the Powder River Basin. It is estimated to be worth $22.5 trillion to the U.S. economy, but as the IER notes, it “remains unrealized due to government barriers on coal production.” It would last 250 years, greater than Russia and China. When you add in Alaska, the U.S. has enough coal to last 9,000 years at today’s consumption rates!


In 2013 the IER estimated the worth of the government’s oil and coal technically recoverable resources to the economy to be $128 trillion, about eight times our national debt at the time.


There isn’t a day that goes by that environmental groups such as Friends of the Earth and the Sierra Club, Greenpeace, the National Resources Defense Council, and the Union of Concerned Scientists, along with dozens of others, do not speak out against the extracting and use of all forms of energy, calling coal “dirty” and claiming Big Oil is the enemy.


In the 1970s and 1980s, the Greens held off attacking the nuclear industry because it does not produce “greenhouse gas” emissions. Mind you, these gases, primarily carbon dioxide, represent no threat of warming and, indeed, as the main “food” of all vegetation on Earth, more carbon dioxide would be a good thing, increasing crop yields and healthy forests.


Events such as the 1979 partial meltdown at Three Mile Island and the 1986 Chernobyl disaster raised understandable fears. The Greens began opposing nuclear energy claiming that radiation would kill millions in the event of a meltdown. This simply is not true. Unlike France that reprocesses spent nuclear fuel, President Carter’s decision to not allow reprocessing proved to be very detrimental, requiring repositories for large quantities.


To this day, one of the largest, Yucca Mountain Repository, authorized in 1987, is opposed by Greens. Even so, it was approved in 2002 by Congress, but the funding for its development was terminated by the Obama administration in 2011. Today there are only four new nuclear power plants under construction and, in time, all one hundred existing plants will likely be retired starting in the mid-2030s.


The Greens’ attack on coal is based on claims that air quality must be protected, but today’s air quality has been steadily improving for years and new technologies have reduced emissions without the need to impose impossible regulatory standards. As the American Petroleum Institute recently noted, “These standards are not justified from a health perspective because the science is simply not showing a need to reduce ozone levels.”


The new EPA standards are expected to be announced in December. We better hope that the November midterm elections put enough new candidates into Congress to reject those standards or the cost of living in America, the capacity to produce electricity, the construction and expansion of our manufacturing sector will all worsen, putting America on a path to decline.