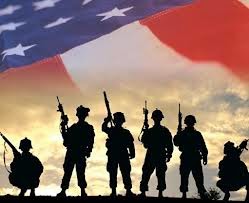 
Many Americans were shocked by the Islamic State video of the beheading of the photo journalist James Foley. Perhaps they had already forgotten the decapitation of Wall Street Journal journalist, Daniel Pearl in 2002. Most certainly, the memory of the murder of nearly 3,000 on September 11, 2001 with the destruction of the World Trade Towers has begun to recede.


What most do not know is that decapitation is a requirement in the Islamic holy war and holy book, the Koran.


“So when you meet in Jihad in Allah’s cause those who disbelieve, smite their necks till when you have killed and wounded many of them…” (Surat 47, al-Qital—the Killing--, Ayat 4.


“I will cast terror into the hearts of those who have disbelieved, so strike them over the necks and smite them over all their fingers and toes.” – Surat al-Anfel (The Spoils), Ayat/Verse 12.)


If I were a jihadist who wanted to undermine the capacity of the United States of America to both defend itself and/or to wage war on those who regard us as their enemy, I would welcome what is currently occurring to weaken our military. It is exactly what President Obama and a compliant Congress has been doing for some time now.


In the name of the “sequester”, an across-the-board reduction in federal spending, the military has suffered the most despite being the single key factor to defend the nation and to project our power to protect our allies.


An August 26 article in Politico reported that the five leading U.S. defense firms, Lockheed Martin, Raytheon, Boeing’s defense unit, and Northrop Grumman, have eliminated 70,000 jobs since 2008 through layoffs, buyouts, attrition, or, as Boeing did, moving employees to the commercial side of its business. “There’s little momentum in Congress to undo the current caps on discretionary federal spending and, facing a war-weary public, U.S. officials are pledging to avoid sending combat troops to today’s hotspots, including Iraq, Syria, and Ukraine.”


As reported by Bloomberg News in July, “The U.S. Navy can’t meet its funding needs for surface warships and a new class of nuclear attack submarines from 2025 to 2034 according to the service’s latest 30-year shipbuilding plan.” The Navy is just one element of the Pentagon’s current five-year funding plan “in an era of declining defense spending.” It will impact the need for new submarines, the planned full production of F-35 fighter jets, and a new long-range strike bomber.


In March The Washington Times reported that “President Obama is seeking to abolish two highly successful missile programs that experts say have helped the U.S. Navy maintain military superiority for the past several decades.” Obama wants to eliminate the famed Tomahawk and Hellfire missile programs. Why?


We have, however, billions for a variety of welfare programs, those devoted to “environmental research”, and countless other examples of sheer waste.


In January, commentator Mike Snyder raised the question, “Why are Dozens of High Ranking Officers Being Purged from the U.S. Military?”  He noted that “Since Barack Obama has been in the White House, high ranking military officers have been removed from their positions at a rate that is absolutely unprecedented. Things have gotten so bad that a number of retired generals are publicly speaking out about the ‘purge’ of the U.S. military that they believe is taking place.”


Retired Major General Paul Vallely was quoted as having said, “He’s intentionally weakening and gutting our military, Pentagon, and reducing us as a superpower, and anyone in the ranks who disagrees or speaks out is being purged.”


Recognizing the threat that the Islamic State represents, even Secretary of State, John Kerry, has spoken of the need to destroy it, but he has for too long been saying that “climate change” is the most serious challenge the world is facing.


The U.S. has a full range of enemies such as Iran which since 1979 has declared the U.S. its enemy and continues a program to make its own nuclear weapons. Additional challenges include Russia’s actions in Russia in the Ukraine and China’s military power.


In July, Rowan Scarborough, a Washington Times columnist, warned that “An independent panel appointed by the Pentagon and Congress said that President Obama’s strategy for sizing the armed services is too weak for today’s global threats.” The National Defense Panel called on the President to “dump a major section of his 2014 Quadrennial Defense Review and write a broader strategy that requires the military to fight on multiple fronts at once.” That alone would require a larger military than we have now; one that is the size it was prior to World War Two!


How stupid is the Obama-Kerry climate change policy? In June, The Washington Times reported that “Some critics say such alarmist reports are causing the Pentagon to shift money that could be used for weapons and readiness. It is making big investments in biofuels, for example, and is working climate change into high-level strategic planning.”

The article quoted Sen. James M. Inhofe of Oklahoma, the top Republican on the Senate Committee on Armed Services, as saying “The president’s misguided priorities with our national security can be seen in the $1 trillion defense cuts he has put into motion since taking office and then using the limited defense budget to support his green agenda.” Everything the President has said about climate change has been a lie.


President Obama has taken steps to open the military to homosexuals, a practice that was avoided for most of the nation’s history because of its effect on morale and he has advocated women in combat units in the name of “diversity.”


Questioned about it in 2013, Gen. Martin Dempsey, Joint Chiefs Chairman, referred to the requirement to introduce a “critical mass” or “significant cadre” of women into previously all-male units. Wars are not won by diversity. They are won by men who meet the physical standards and requirements of combat.


In May, The Washington Times reported that “These days, the U.S. military is only taking twenty percent of the applicants who walk into their local recruiter’s office intent on enlisting in the armed forces” noting that “the tough environment for potential recruits is due in large part to troop reductions in Iraq and Afghanistan, as well as the Pentagon’s plans to cut the size of the active duty Army.”  Cut the size?  At a time when we may need “boots on the ground” again in Iraq and a possible incursion into Syria?


Whether it is weapons systems needed by the Army, Navy, Air Force, Marines and Coast Guard, the Obama administration has waged its own war on America’s capacity to meet the needs of our national security currently and in the years ahead. It has waged an effort to alter the makeup of our military personnel, to reduce portions of it, and to eliminate many top officers to lead it.


It isn’t just the Islamic State’s American hostages that are being decapitated. It is the U.S. military.