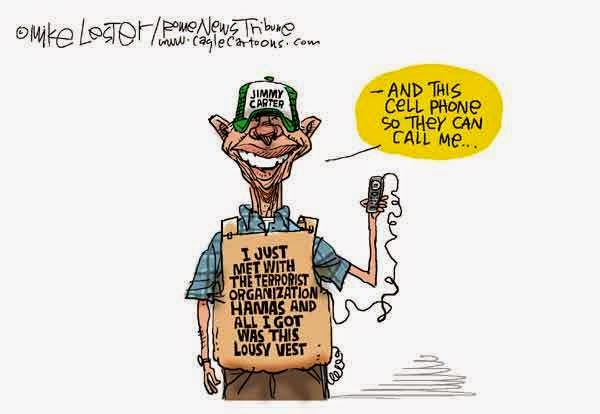 
Jimmy Carter was elected President for one reason—Richard M. Nixon. The feeling in the nation was that the born-again Sunday school teacher and Georgia Governor was the perfect antithesis of the President who was forced to resign over the Watergate scandal. He defeated Gerald Ford, Nixon’s Vice President who was largely punished for the 1974 pardon he gave the disgraced Nixon. 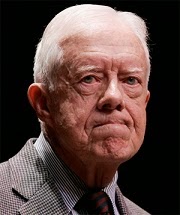 In a similar fashion Ronald Reagan was elected President to replace Carter who was widely seen as a failure for both his domestic and foreign policies. For the years since, Carter was understood to have been the worst President, but a recent Quinnipiac University poll of 1,446 registered voters ranked Obama as the worst since the end of World War II, granting Carter an approval rating four times higher than Obama.


I never liked Carter and Reagan’s election in 1980 marked the beginning of my transition from liberal to conservative; one that I suspect occurred for many others as well. Larry Bell, a NewsMax contributor, commenting on the Quinnipiac poll, noted that “Just as with Obama, the Carter administration had inherited a recession and did little to improve a weak economy.”


After Carter took office Bell noted that “unemployment continued to rise, inflation reached 13 percent, and interest rates approached 20 percent.” Reagan set about improving the economy, rebuilt our military strength, confronted the Soviet Union, and the 1980s are remembered fondly by those who lived through his two terms.


Carter faced problems with Iran that had seized twenty U.S. diplomats in 1979 and held them for 444 days, unresponsive to his efforts to free them. A military attempt failed, killing thirty soldiers when our helicopters crashed. I have always thought that the Iranians took Reagan’s measure and feared what he would do. They released the hostages the same day he was first sworn into office.


On August 5, USA Today reported that Carter had “called upon the West to recognize the U.S.-designated terrorist group Hamas as a legitimate ‘political actor’ that represents the bulk of the Palestine population.”


Extremely critical of Israel’s military operation to protect its citizens against the deluge of rockets coming out of Gaza, Carter and former Irish president Mary Robinson had their views published in a Foreign Policy article, saying “There is no humane or legal justification for the way the Israeli Defense Forces are conducting this war.”


Carter has never met a despot, from Soviet premier Leonid Brezhnev to Bashar Assad and his father, Hafez, to the gang that runs Hamas that he didn’t like. That is the quintessential trait of liberals who have always been attracted to despots. They’re the ones who wear Che Guevara t-shirts.


Carter, different from most evangelicals, has never given any evidence of respecting Jews or Israel. The high point of his presidency was the Egypt-Israel peace treaty known as the 1978 Camp David accords, but both parties had their own reasons for agreeing to its terms.


In his twenty-first book, “Palestine: Peace Not Apartheid”, published in November 2006, Carter sided totally with the so-called Palestinians. Writing in the Middle East Quarterly’s spring 2007 edition, a longtime advisor to Carter, Kenneth W. Stein, criticized it at length, noting “egregious errors of both commission and omission. To suit his desired ends, he manipulates information, redefines facts, and exaggerates conclusions.” That’s a nice way of saying he lied a lot.


Stein pointed out that Carter’s book “omits mention that Hamas denies the right of a Jewish state to exist in the Middle East and the group’s belief that historical Palestine belongs in its entirety to Muslims.”


The book’s title reflected the libel against Israel when it used the word “apartheid”, likening Israel to South Africa’s racial oppression of blacks until it was forced to rescind it. It is comparable to the lies that Israel is the “occupier” of lands won in the wars waged against it. It’s like saying the U.S. is the occupier of land formerly owned by Mexico.


Compounding Carter’s slur is the fact that Arab citizens of Israel have always had the same rights as Jews and others who emigrated there. At present there are eleven Arabs in Israel’s Knesset (parliament). In only one respect do they differ; Israel does not require Arab citizens to serve in its Defense Force, but they may volunteer to serve if they wish.


Recognizing a terrorist group like Hamas, as Carter calls for, is not that different from saying the same of Hezbollah or the newly-arisen Islamic State that has seized land from Syria and Iraq. It’s beyond stupid. It betrays a deeply held anti-Semitism. In 2009, that was so evident Carter apologized with an open letter to the Jewish community in America.


Hamas has not disavowed its stated intention to destroy Israel and kill all of its Jewish citizens.


That Americans are comparing Obama unfavorably to Carter, lifting Carter from the basement of presidential approval, tells us a lot about his performance in office since his 2008 election and 2012 reelection.
At least Americans had the good sense to end Carter’s presidency in one term, but it virtually assures that Obama will replace Carter as the worst U.S. President ever.