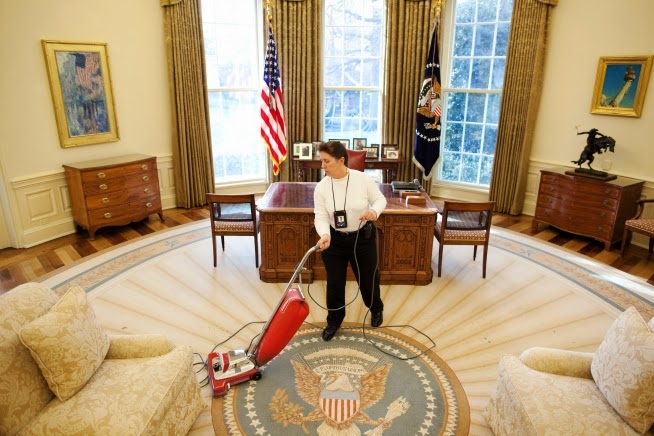 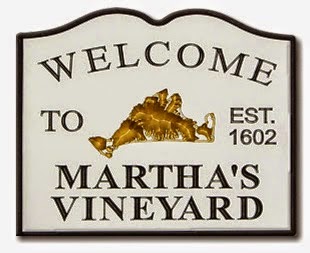 When the President spent three of a recent week’s five working days fund raising for the Democratic Party people, even the press took notice. On August 9 he began a two-week vacation in a Martha’s Vineyard mansion and I’d like to suggest that he just stay on vacation for the remainder of his second term.


I grant you that his vacations do tend to be a tad costly. Last year the Obama family took vacations to Africa in June and July, and spent Christmas in Honolulu. According to Air Force documents, the two trips racked up nearly $16 million in expenses. If the President would just pick someplace to stay and not be getting on and off Air Force One to fund-raise it could be considered a savings.


Oh, I know he is still called “the leader of the free world”, but I doubt that the other leaders of other nations feel that way about him or feel any need to be seen with him. Few Democratic candidates for office do.


I am pretty sure that Vladimir Putin doesn’t. Obama has been on the phone to him a lot lately, getting instructions on what to say and do about Ukraine. The President sounds concerned about Ukraine, but curiously he has yet to have done anything about Russia’s intention to absorb it back into its lost empire of satellite nations. In fairness, Obama did send the Ukrainian army some boxes of ready-to-eat meals.

﻿My thought is that, as long as Obama is on vacation things cannot get much worse here at home, short of a foreign invasion. Oh wait, we are being invaded by a horde of “undocumented” aliens from south of our border. Most, we’re told, are here to join their undocumented families who are already here. What is wrong with this picture?

With Majority Leader Harry Reid in the Senate, Obama doesn’t have to concern himself with either signing or vetoing any legislation. I heard that Reid has kept more than 320 bills that were passed in the House from even being considered in the Senate and is setting new records for the least amount of bills passed there; usually only those that must be passed to keep the government running.


There has been conjecture that Obama does not like being cooped up on the White House. Wife Michelle made it clear in the first term she thought it was some kind of prison. That might explain why he spends a lot of time tooling around the nation and the world on Air Force One. One can understand why he is fund raising like crazy, especially if he is looking at polls that predict a calamity for the Democratic Party in the November midterm elections.


My feeling that he should just stay on vacation for the next two years is based on what he’s done to us over the past six. Indeed, our grandchildren will be able to name the 44th President given the fact that they will be paying off the debt he has created since 2009; $17 trillion and growing.


Then, of course, there’s Obamacare which a Democrat-controlled House and Senate passed without a single Republican vote. And we all know how partisan the GOP is, right?


On the other hand, millions of people who had perfectly good healthcare insurance plans lost them and the problems plaguing Obamacare have run from its website to the path White House lawyers are making as they visit the Supreme Court every other week trying to justify its various provisions. If the President stays on vacation maybe people will forget that he told them, “If you like your healthcare plan, you can keep it.”


If he stays on vacation, maybe people will forget the billions wasted on Green energy projects, wind and solar, involving companies that went bankrupt so fast it was hard to keep up with them. The solar farms that exist roast birds in mid-flight and the wind farms decapitate them, including eagles that are a protected species everywhere other than near a wind turbine.


Obama is not a big fan of affordable energy. He gave the finger to Canada on the Keystone XL pipeline which would have not cost taxpayers a dime and generated jobs, plus revenue. He has openly waged war against coal used to produce electricity even though the U.S. is the Saudi Arabia of coal. At least he hasn’t come out against fracking that has helped produce a boom in natural gas.


One thing Obama would not have to think about while on vacation are the millions of Americans who are still out of work. Unless, of course, he doesn’t think about them anyway. Unless, of course, he only thinks of them in terms of how to get them enrolled in some Big Government giveaway program. The problem with that is that he’s giving away the money taken from people who do have jobs.


My concern is that, on an extended vacation, he might begin to obsess about “climate change”, but then I realized that, for him, that only applies if his golf game gets rained out.

Who could take over while he's on the links? Certainly not Joe Biden. Or John Kerry.  Maybe George W. Bush would lend a hand?


So think about it, Mr. President. You’re taking off two weeks in August. Why not make it two years?