Liberated Women and the Traditional Family 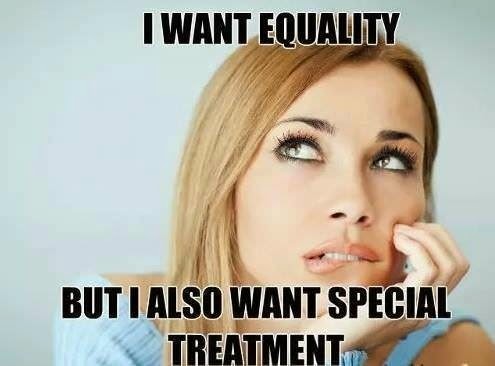 
My generation, born in the late 1930s and the 1940s, has witnessed a dramatic change in the role and the rights of women in America. A significant result of the women’s liberation movement is a change in the role of traditional marriage that was reported in early September.


“If you count a generation as spanning 20 years,” wrote Terence P. Jeffery, an editor of CNSnews.com, “then approximately 36 percent of the American generation born from 1993 through 2012—which has begun turning 21 this year and will continue turning 21 through 2033—were born to unmarried mothers.”


By comparison, Jeffrey noted that “Back in 1940, only 3.8 percent of American babies were born to unmarried mothers. By 1960, it was still only 5.3 percent.” There was a time when being a single mother was regarded as a reflection of the woman’s moral values. How a society deals with issues affecting the family as its single most important factor reflects its attitudes regarding marriage.


“It is a statistical fact that the institution of the family,” wrote Jeffrey, “has been collapsing in American over the past 45 years.”


Another statistic has significance as well. Today 51% of the U.S. population is single. A new generation of Americans, men and women, have decided that a committed relationship holds little allure.


The call for women’s rights has a long history. In 1794, Mary Wollstonecraft wrote “A Vindication of the Rights of Women.” She would have felt at home in today’s society. After affairs with two men, giving birth to a daughter by one of them, she married William Godwin, one of the forefathers of the anarchist movement. She died ten days after giving birth to a daughter, Mary Shelley, who grew up to be the author of “Frankenstein.”


Militant political action in Britain began with the formation of the Woman’s Social and Political Union in 1903. Following World War I when women participated in the war industries and support services, they were granted the right to vote in 1918, but it would take until 1928 for the age to be lowered to 21. In the United States in 1848 Elizabeth Cady Stanton led a Women’s Rights Convention followed in 1863 of the Women’s National Loyal League by Susan B. Anthony who wrote and submitted a proposed right-to-vote amendment in 1878. It would take until 1920 for it to be ratified as the 19th Amendment.


The women’s rights movement as we know it gained momentum in the 1960s. It was led by a feminist, fellow writer and friend, Betty Friedan, who was also a committed Leftist and, in 1966, she would help create the National Organization for Women (NOW). In 1971, the National Women’s Political Caucus emerged, led by Bella Abzug, Shirley Chisholm, and Gloria Steinem. Other groups were created as well. The effort to secure an Equal Rights Amendment, however, failed.


Aside from political rights, the issue that most concerned feminists was reproductive rights with the repeal of laws against abortion being the priority. The issue was decided, not by Congress or the states, but by a 1973 decision of the Supreme Court, Roe v. Wade, that ruled 7-2 that the 14th Amendment extended a right of privacy and by extension the right of a woman to opt for an abortion.


That decision freed women both within and outside of marriage to abort an unwanted child. Unforeseen by the Court, was the rise of single-parent families led primarily by women. 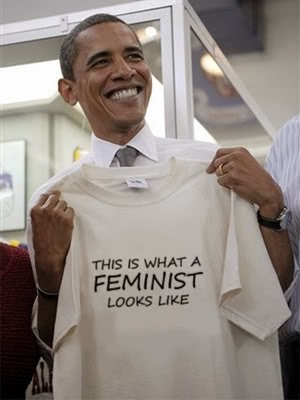 As Jeffery noted “In the latest annual report to Congress on “Welfare Indicators and High Risk Factors,” the Department of health and Human Services pointed to the high rate of births to unmarried mothers, saying ‘data on non-marital births are important since historically a high proportion of welfare recipients first became parents outside of marriage.’”


We have reached a point in just over a few decades in which the government, through bad economic policies and a myriad number of programs, Medicaid, food stamps, public housing, and others, has produced 109,631,000 people receiving benefits. They represent 35.4 percent of the overall population.


That’s a long way from the traditional family and it means that half of the working population is providing the funds for those who are unemployed or have stopped looking for work thanks to a stagnate economy.


The single-parent family led by women has denied generations of the young men they are raising the male role models they need to understand that being a father is as great a responsibility as being a mother.


Men have become dispensable except as sperm donors.


Male values of courage, comradeship, and leadership have to be learned from sources outside the single-mother unit.


Then, too, the feminist goal of being in the workplace also frequently means that pre-school children’s early formative years are handed over to strangers in childcare centers whether they come from one or two-parent families. The economy has required that both parents have to work—if work can be found in a society where more than 92 million Americans are unemployed or have, as noted above, ceased looking for a job.


This is not a screed against women’s rights. It is a look at the consequences of the goals feminists have fought to achieve over the past decades.

It’s not about their right to vote or to secure an education to achieve success in the business sector.

It’s about generations of young men and women growing up in a society where a “father” is not an integral part of the “family” and the price our society pays for that.