U.S. No Longer has Influence in the Middle East 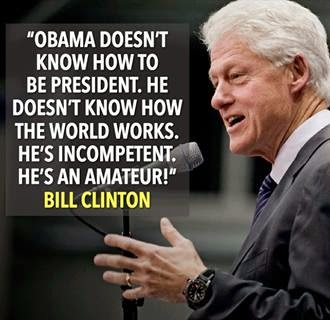 
The rise of the Sunni Islamic State (ISIS) and its barbarity may be news to the West, but it is a very old story in the Middle East.


Briefly stated, the Arabs have been at war with one another for some 1,400 years before and since the emergence of Islam and the schism that occurred between its Sunni and Shiite components.


Dr, Daniel Pipes, a noted Middle East scholar, writing in an August 24 Turkish newspaper regarding the announcement of the Islamic State caliphate noted that “The classic concept of the caliphate—of a single successor to Muhammad ruling a unified Muslim state—lasted just over a century and expired with the emergence of two caliphs in 750 CE. The power of the caliphate collapsed in about the year 940 CE.”  Arabs could not unite following the death of Muhammad, resulting in the two caliphs who claimed his mantle.


Apparently anyone can declare themselves a caliph as did ISIS’s Abu Bakr al-Baghdadi on June 29, 2014. There is some question, for example, whether Abubakar Shakau, the leader of Boko Haram, has acknowledged al-Baghdadi or whether he was declaring his own separate caliphate in Nigeria where his group controls a large swath of the northern part of that nation.


Dr. Pipes predicts that the Islamic State in Iraq and Syria will not survive due to “the hostility both from neighbors and its subject population, it will not last long.” As demonstrated in Nigeria, “other ambitious Islamists will act more boldly by declaring themselves caliph” and this could occur “from Nigeria to Somalia to Afghanistan to Indonesia, and beyond.”


When not fighting with each other as Sunnis and Shiites, Arabs and other Muslim nationalities have been united by their disdain of the West which resisted Islam and which manifested its power via the colonization that occurred as the West reached out with its naval capabilities and military superiority wherever it could gain control. 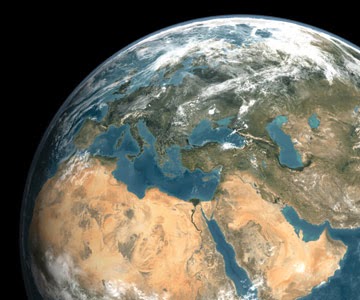 When the Middle East’s decaying Ottoman Empire sided with Germany in World War I, it was dissected by France and Great Britain whose diplomats literally created new “nations” such as Iraq, Syria, Lebanon, and Trans-Jordan by drawing lines on a map. Using local sheiks as their flunkies, they governed through them. In time, military coups by local despots replaced them.


The Islamic State is only the latest manifestation of the ancient desire to not only control the whole of the Middle East, but to reach out and through terror to exert domination over the entire world in the name of Islam. Anyone familiar with the Koran knows this is a demand that is to be fulfilled with jihad or holy war.


In the real world, however, nations deal with threats to their sovereignty and economic interests. When Saddam Hussein invaded Kuwait, Bush41 put together a coalition to drive him back into Iraq. The U.S. did nothing, however, when he had previously waged war with Iran for eight years after Iran had taken diplomats as hostages in 1979, releasing them in 1981. When al Qaeda attacked the U.S. on September 11, 2001, Bush43 launched an attack on al Qaeda’s stronghold in Afghanistan, driving them into Pakistan. Saddam Hussein continued to be a threat to the stability of the region and, in particular the Saudis, so Iraq was invaded to depose him.


In both Afghanistan and Iraq, the U.S. discovered there was literally nothing resembling a functional government and so remained on to do some “nation building” at the cost of military lives and deployment. The ancient divide between Sunnis and Shiites has continued to make it impossible to modernize, i.e. westernize, the governance of either nation.


Since it took power in 2009 the policies of the Obama administration have proven to be a disaster, leaving the U.S. with no influence and no Arab  allies in the Middle East. Even Israel has been rudely treated.


On August 19, as reported in the Daily Caller, “The highest religious authority in Saudi Arabia condemned the Islamic State and al-Qaeda.” The Grand Mufti Sheikh Abdul-Aziz Al al-Sheikh was quoted saying “Extremist and militant ideas and terrorism, which spread decay on Earth, destroying human civilization, are not in any way part of Islam, but are the enemy number one of Islam. And Muslims are their first victims.”


When a Saudi cleric worries about “human civilization” at the same time he lives in a nation that routinely punishes its criminals with beheading and amputations, as well as limiting the rights of women, and forbidding any other religion to exist there, one has to also keep in mind the millions of dollars that members of the royal family and other Saudis have given to those advancing the Sunni brand of Islam. It has come back to bite them.  Will they muster the courage to join in any military coalition using their air force and other military to defeat ISIS?


The Islamic State, however, has other enemies as well. As IDF Lt. Col. (ret) Michael Segall, a senior analyst at the Jerusalem Center for Public Affairs, has written, Sunni jihadists “now constitute a real threat to Iran’s strategic assets in Syria and Lebanon, and especially its aspiration to restore Shiite supremacy.”


“The United States, says Lt. Col. Segall, “has lost almost all its cards and traditional allies in the region. One open question is whether it will also give up the Iranian nuclear card for a hollow promise from Tehran to help stabilize Iraq.”


Welcome, once again, to the Sunni-Shiite rivalry and animosity. The Islamic State is a challenge to what has been called the Shiite Crescent stretching from Iran to Syria.


Islam has been posing a threat to the West for a very long time now. It didn’t begin with the attack on the World Trade Center towers in 2001. It has its roots in the nation’s earliest years, dating back to when Thomas Jefferson was President, but in more recent times Al Qaeda attacked U.S. embassies in the 1980s.


Israel has been the only focus for unity among Arab nations, having been attacked unsuccessfully several times since 1948 when it declared its sovereignty. The creation of “Palestinians” permitted the wars to continue in other forms. It is currently engaged in a war with Hamas, a terrorist group whose goals mirror those of the Islamic State. The hidden hand of Iran can be found in attacks directed against Israel insofar as Hamas and Hezbollah are Iranian proxies.


For the next two years America’s options to change the course of events in the Middle East will be determined by a President who was elected to get the U.S. out of Iraq and intends to do the same thing in Afghanistan. He is a President who released five Taliban leaders while the nation still has troops in Afghanistan and he did so without consulting Congress. He drew back from taking any action in Syria a year ago.


President Obama has said he wants no “boots on the ground” but even his Secretary of Defense and the Chairman of the Joint Chiefs of Staff have made it clear that is the only realistic option if the Islamic State is to be destroyed. Military experts say it could be eliminated in months if we used our power to do so.


As always, however, when it comes to the Middle East, Obama arrives late, lacking an understanding of its true dynamics, and lingers too long to make a decision.


At this point in time, the U.S. can settle for nothing less than the destruction of the Islamic State, but it is unlikely to get much support from either European allies or action from the Arab states.