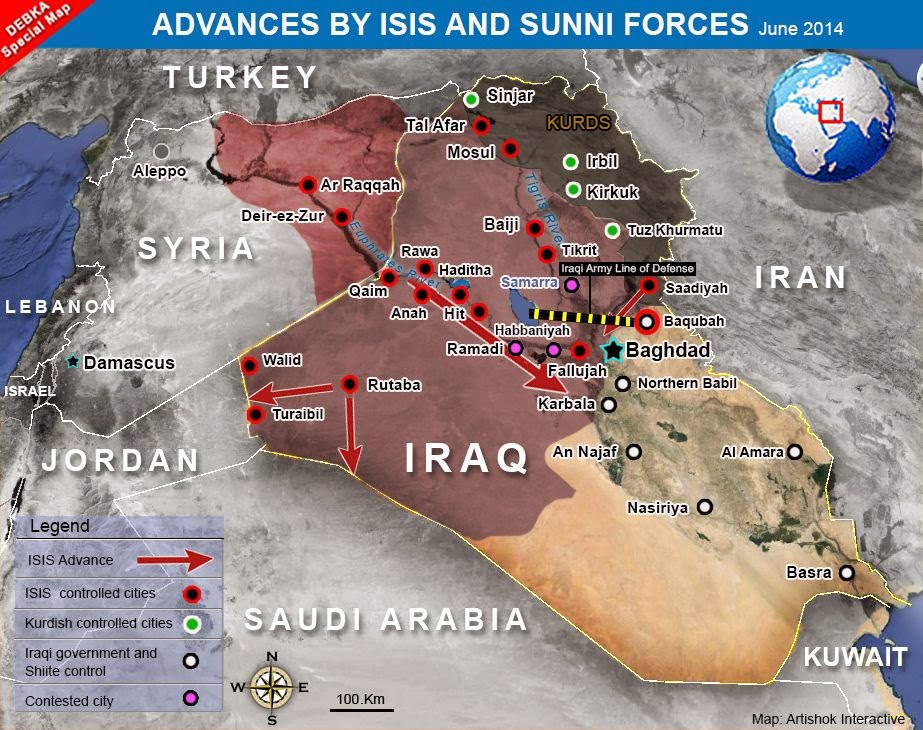 
Given all the mutations that the Middle East has gone through thanks to the emergence of al Qaeda during the resistance to the Soviet takeover of Afghanistan, watching what is occurring now with an even more fanatical group calling itself the Islamic State (ISIS) and proclaiming itself the new caliphate has proven even more lethal and more feared.


The closest thing to a caliphate has been the assertion of al Saud, the royal family that runs Saudi Arabia who has long claimed to be the protector of Islam’s two most holy sites, Mecca and Medina, and of the true form of its expression, the strict Wahhabi interpretation. Were it not for its oil, the royals would have had to live off the earnings from the hajj, the visit to Mecca that all Muslims are required to make at least once in their lifetime. ﻿﻿﻿
﻿﻿

The Saudis, despite having at least 250 U.S. and British advanced fighter aircraft, have typically avoided engaging in combat; the type that will be required to destroy ISIS. Instead, it gave $100 million to the United Nations Counter-Terrorism Center, but the latest news is that al Qaeda linked Syrian rebels from the Nusra Front battled U.N. military peacekeepers encamped on the Golan Heights on August 30, forcing some to escape to Israel. The UN’s peacekeeping role and its ability to deter wars are hardly notable.


Oil made the Middle East’s despots and monarchs wealthy, but former despots have been removed in Egypt, Libya, and Tunisia, while Syria’s has been engaged in what started as a civil war and became a magnet for the group that broke away from al Qaeda, espousing an even more fanatical interpretation of Islam.


Now Middle Eastern nations that have been enemies, like Saudi Arabia and Iran—one Arab, the other Persian, one Sunni, the other Shiite—have found themselves equally threatened.


This common enemy has caused other relationships to alter. Turkey which has been in conflict with the Kurds remained silent when Syrian Kurdish militias helped rescue the Yazidis who were driven from their homes by ISIS. Al Qaeda’s Syrian component, the Nustra Front, now finds itself at war with ISIS.


Even the Egyptians found themselves on the same side of the Israeli battle with Hamas, destroying many of the tunnels built from their nation into Gaza. They now both share a distrust of the United States.


Indeed, the United States is virtually without any friends left in the Middle East, at least at the level that previously existed. This is entirely the result of Barack Obama’s astonishing talent for picking the wrong side in events there.


His criticism of Israel defending itself against thousands of rockets from Hamas in Gaza has eroded what friendship existed after his criticism of its settlements and rude treatment of its Prime Minister. The Egyptians were offended by his support for the Muslim Brotherhood that took over after Mubarak was deposed. The Brotherhood was so dictatorial and so awful a military coup was required to remove its leader and it is now banned in Egypt.


Iraq is responsible for its own problems, having put a Shiite fanatic in charge as its prime minister along with its refusal to permit a contingent of American troops to remain. Now, unless the new prime minister—the choice of both Saudi Arabia and Iran—can unify what’s left of its government and work with the U.S. to destroy the Islamic State, Iraq could cease to exist along with Syria.


Other players in the region include the Gulf States of Qatar, a supporter of ISIS; Bahrain, and the United Arab Emirates, Kuwait, and Oman. The UAE recently joined with Egypt to conduct air strikes in Libya on armed Islamic terrorist groups there. Reports of the attacks were sketchy at best. Libya has been in turmoil since Muammar Gadhafi, its former dictator, was deposed in 2011.


The Islamic State has been able to do what no previous entity ever had. It has united the many different nations in the Middle East, each of which is responding in what it deems its own best interest while studiously trying to avoid direct military engagement.


Persian Iran, however, has put troops into Iraq to fight it.  At some point other Arab states will have to, but Saudi Arabia and all the others, Europe included, continue to wait for the United States to lead.


Barack Obama is the most confrontation-adverse President to have ever held the office and the only one who has ever had warm feelings for Islam. It took him eight days and three tries to actually say he wanted to “destroy” ISIS.


Obama must surely be under intense pressure because he has been increasing the bombings and the number of troops on the ground in Iraq.


What Obama tells the nation regarding plans to destroy the Islamic State is likely to fall far short of anything that will achieve that goal. This is why he is already talking about how long it will take. This is a job he wants to leave to the next President.