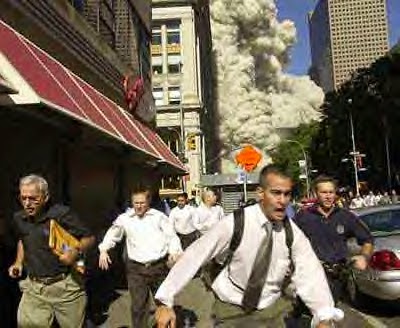 
As we close in on the 13th anniversary of the infamous 9/11 attack on the Twin Towers and the Pentagon, the media is full of predictions about attacks that will occur.


A September 2nd Debka File, an Israeli news agency, reported “Credible information has reached Saudi, British and Australian agencies that two al Qaeda branches—ISIS in Iraq and Syria and AQAP at its base in Yemen—have wrapped up plans to roll out coordinated terrorist spectaculars around the 13th anniversary of the September 11, 2001 attacks on New York and Washington. According to Debka File’s counterterrorism sources, they are preparing to strike simultaneously in the Middle East and a West European city. Next, they will go for U.S. targets in the Middle East and Europe.”


This report and other factors incline me to believe there will not be a major attack somewhere in the U.S. on what is now officially called “Patriot Day.”  There could be a lone wolf attack along the lines of Major Hassan’s 2009 “workplace violence” at Fort Hood or the Boston Marathon bombing, but the threats being made by the Islamic State and other elements of al Qaeda, while intended to raise fears in America, are likely to be manifested in the Middle East. American outlets there will be on full alert for sure.


The Islamic State, while now wealthy, well equipped militarily, and attracting every lunatic Islamist and wannabe terrorist, is facing an increasingly united group of Middle East nations that have put old enemies like Iran and Saudi Arabia on the same page together. Iran has dispatched troops to Iraq to support the Kurds. When other Middle Eastern nations finally screw up enough courage to actually do something they will wage a war on ISIS in the interest of self-defense, a powerful motive.


As for al Qaeda’s war on America, it was declared in 1996 by the late, unlamented Osama bin Laden and, other than 9/11, it has done little to follow up on that dramatic sneak attack except for a few failed efforts. The U.S. responded by bombing the hell out of Afghanistan and our troops there have been attacking the Taliban ever since. Obama says he will pull them out in 2015. Given events in Iraq, that is a very bad idea. 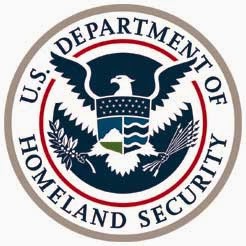 The Department of Homeland Security has been on alert ever since it was created shortly after 9/11. This is not to say that the U.S. doesn’t need more on-the-ground intelligence penetration of al Qaeda and its affiliates. Indeed, DHS and other government agencies don’t know the whereabouts of several thousand foreign students who are supposed to be at our colleges and universities. They likely do not know who else among those with easy access to the nation is a potential terrorist.


So, yes, that could mean I am very wrong and that 9/11 would be a day for a whole series of attacks for much the same reason our consulate in Libya was attacked that day in 2012. The Benghazi cover-up has been falling apart ever since. The lie that it was caused by a video grows more absurd and obscene very day.


The Israelis have made a far greater and more successful effort than us to infiltrate their enemy’s organizations. Hamas was so rattled by the effectiveness of the Israeli bombing of sites where its rockets were stored and fired from, as well as the killing of a number of its leaders, that they made a public display of executing a number of people they accused of being Israeli spies, whether they were or not. The likelihood was that they were Gazans who had spoken out against Hamas.


After breaking a number of ceasefires, Hamas, running out of any support, accepted the most recent one and Israel thereafter announced the annexation of more West Bank territory for its settlements and, no doubt, for militarization to protect against further attacks. The Israelis know how to deal with their enemies, to prepare, and to take action rather than issue empty threats.


There have even been a number of small events by American Muslims speaking out against barbarity of the Islamic State and the threats leveled at the U.S. That is a hopeful sign, but it needs to increase in numbers and volume. The vast silence of the 1.3 billion Muslims in the world is an offense to humanity.


The Arabs of the Middle East are forever making dramatic threats, but they have a record of doing little. When Saddam Hussein controlled Iraq, he waged a war against Iran that ended inconclusively and then invaded Kuwait and was defeated by a U.S. coalition. When he continued to make threats the U.S. invaded again and deposed him.


What followed was an effort in several Middle Eastern nations to rid themselves of their despots. This occurred in Tunisia, Libya, and Egypt. Only Egypt, after a brief encounter with a Muslim Brotherhood government, rallied again with a military coup that led to the election of a new military leader. The Brotherhood has been banned! Libya is a failed state that has been taken over by Islamic militants. Tunisia has a new constitution as of January and numerous political parties. Its government is battling local militias.


Iraq is in near failure as it tries to unite its Shiite and Sunni factions in a functioning government. Much of the nation has been taken over by the Islamic State in the same fashion as northern Syria whose civil war has killed 190,000 and driven over a million out as refugees in Lebanon, Jordan and anywhere else they could flee. Who has put troops into Iraq to resist the Islamic State? The Iranians!


One threat the President of the United States does not appear to have taken seriously is an Iran with a nuclear weapon and the intercontinental missiles to deliver it. Both Israel and Saudi Arabia are far more aware of the danger this poses and in all likelihood Israel will conclude it must destroy Iran’s nuclear facilities and military installations.


The United States has lost virtually all the influence it once had in the Middle East, even if it came from the barrel of a gun. Our Secretary of State, John Kerry, is held in low regard by both the Israelis and Arabs. The President, Kerry, and Hillary Clinton keep insisting that “climate change” is the greatest threat to mankind.


If President Obama does not engage in the destruction—not “containment”—of the Islamic State, its oil wealth will enable it to become a major threat in the Middle East and beyond, including us. They have demonstrated no restraint on their use of violence and pose a threat comparable or even greater than the Nazi regime of the last century.