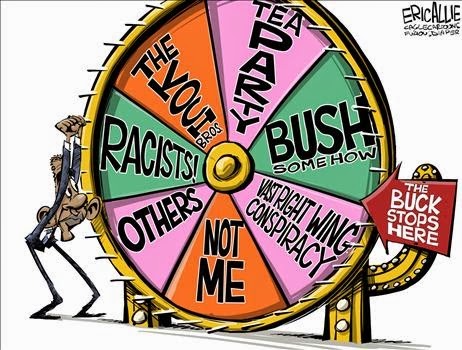 
When we elect someone—anyone—to the office of President, it is only natural that we attribute great political skills, intellect, and judgment to that man. We want to believe we have selected someone with the ability to do what must be done in a dangerous and very complex world.


This may explain why Presidents who have presided in times of war are more highly regarded than those that have not. Washington brought the nation into being by patiently pursuing a war with Great Britain, Lincoln saw the Civil War to a successful conclusion, preserving the Union

The last century offered two world wars and several lesser ones, Korea and Vietnam. Voters put Franklin D. Roosevelt in office in 1933 and then kept him there until his death in 1945 just before the conclusion of World War Two. They had no wish to disrupt his conduct of the war with anyone else. It fell to Harry Truman to wrap up World War Two and to pursue the Korean War to repulse communist North Korea’s invasion.


The Vietnam War had its genesis in the JFK years, but it was Lyndon Johnson who committed to it with a massive influx of infantry and massive bombing, neither of which was able to deter the North Vietnamese from uniting the nation. Having lied the nation into the war LBJ concluded at the end of his first term which he had won in a landslide that he should not run again given the vast level of unhappiness with the conflict.


The failure to respond in a strong way to the Iranians who took U.S. diplomats hostage left Jimmy Carter with a single failed term in office. Neither domestically, nor in the area of foreign affairs did he demonstrate strength or much understanding.

After 9/11 George W. Bush used U.S. military strength to send a message to the world in general and al Qaeda in particular. By the end of his second term, a completely unknown young Democrat emerged as the Democratic Party candidate for President by campaigning on a promise to get out of Iraq and offering “hope and change.” 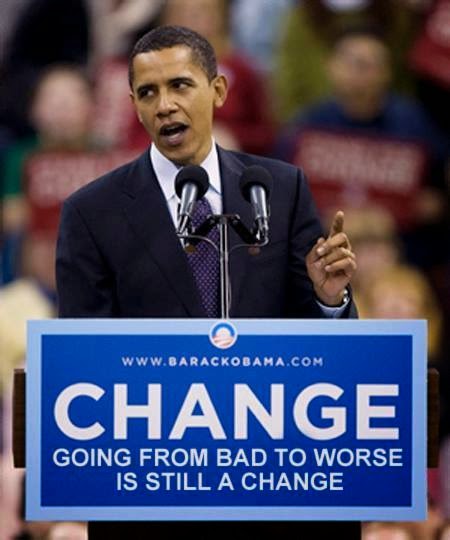 Barack Hussein Obama captured the imagination of the voters. He was black and many Americans wanted to demonstrate that an African-American could be elected President. He was relatively young, regarded as eloquent, and seemed to project a cool, self-composed approach throughout his campaign.


The only problem was that he lacked a resume beyond having been a “community organizer.” He had graduated from Harvard Law School, but all of his academic and other public records had been put under seal so they could not be examined. Twice he ran against relatively lackluster, older men who did not possess much charisma, if any.


In his first term, his “stimulus” to lift the economy out of recession was a trillion-dollar failure. By his second term, however, the singular first term “achievement” was the passage of the Affordable Patient Care Act—Obamacare. When finally ready to enroll people it instantly demonstrated technical and policy problems. Obama began to unilaterally make changes to the law even though he lacked the legal power to do so.


The war in Iraq whose conclusion he had ridden to victory in 2008 and 2012 came unraveled and the Syrian civil war in which he had resisted any involvement metastasized into a barbaric Islamic State that seized parts of Iraq and northern Syria.


Halfway through his second term, it was increasingly evident that Obama did not want to fulfill the role of the Presidency to provide leadership in times of foreign and domestic crisis.

On August 28 Gallup reported “Americans are more than twice as likely to say they "strongly disapprove" (39%) of President Barack Obama's job performance as they are to say they "strongly approve" (17%). The percentage of Americans who strongly disapprove of Obama has increased over time, while the percentage who strongly approve has dropped by almost half.”


His passion for golf became noticeable in ways that went beyond just a bit of vacation time. The time he spent fund raising seemed to be more of a priority than dealing with Congress. Not only did he fail to develop strong political working relations with members of his own party, his churlish talk about the Republican Party began to grate on everyone.


Though no President cares much for the demands of the press, they play an essential role in a democracy. His administration went to extremes to close off access to its members and by striking out at the press in ways that turned it from one that had gone out of its way to support him in the first term to one that actively, if not openly, disliked him in the second.


One characteristic about Obama had become glaringly obvious. He lies all the time. He lies in obvious and casual ways. In politics where one’s word must be one’s bond, this is a lethal personality trait. He dismissed the many scandals of his administration as "phony."


Given the vast implications of what is occurring in the Middle East, in Ukraine, and elsewhere around the world his response was to interrupt his golf game to give a short speech and then return to the greens. In a recent press conference he said he has “no strategy” to address the threat that ISIS represents.


What Americans have discovered is that they have twice either voted for (or against) someone with fewer skills and even less desire to do the job for which he campaigned. This laziness combined with his radical liberal politics have finally become obvious even to his former supporters.

His statement that he had no strategy to deal with the threat of the Islamic State and that it was perhaps too soon to expect one to have been formulated has led to the conclusion that he was far less intellectually equipped to be President than many had thought.


Now he must be endured and survived.