War as a Fact of Life 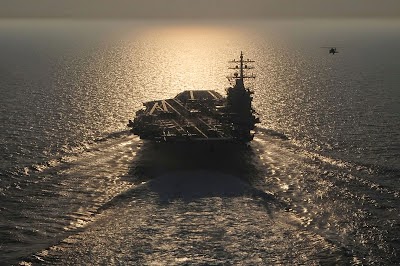 
Younger generations can be forgiven if all they know of war is what they have learned in school or seen dramatized on film and television. For most Americans, the Civil War, the two World Wars, and the conflicts in Korea and Vietnam are events that occurred “a long time ago.” For my generation, born just prior to or during World War Two, wars have been a constant element of our lives.


Anyone with an interest in U.S. history knows that America was born out of a long war (1775-1783) with Great Britain which eventually led to the writing of the Constitution in 1787 whose ratification became official in June 1788. A year later George Washington, the wartime general, became the first President and, thereafter, nearly every President has had to dispatch U.S. naval, land and air forces in combat. This is why the Founders concluded that the President also had to be Commander-in-Chief in order to respond to threats to the nation whether near or far.


Not all Americans were eager to engage in various conflicts and most of the larger ones have had to address a fair measure of opposition. Even the Revolution was resisted by those who felt being a colony was a wiser choice than being independent.

In the greater world, wars have been constant somewhere, a shaper of history, and, according to Benjamin Ginsberg, a prolific historian and director of the Center for Advanced Governmental Studies at Johns Hopkins University, it has some beneficial aspects. His latest book, “The Worth of War”, explores this aspect of history.


“Organized warfare is among the most common and persistent of human activities,” says Prof. Ginsberg. “As terrible as it is, war and the possibility of war exert considerable pressure upon societies to think and plan logistically in order to protect their security interests and, sometimes, their very existence.”


“In the decades since World War II, of course, the United States has been at war on a continual basis. The nation has fought large engagements in Korea, Indo-China, and the Middle East, as well as numerous smaller conflicts throughout the world.” Americans are now debating having to return to the Middle East a third time since the Persian Gulf War 1990-1991 to undertake the vital mission of destroying the newly declared Islamic State that threatens the region and, should it grow more powerful, the West.


It may strike the reader as odd to think of war as a good thing, but Prof. Ginsberg points out that “Bureaucracies developed from war. Once built, they expanded the scope of their operations to handle purely civilian tasks as well. War also required societies to learn the rudiments of fiscal policy” because “armies and war are expensive.”


Much of the technology we take for granted emerged from the need to succeed in warfare. “Europe’s lead in military technology widened sharply with the European industrial revolution of the eighteenth and early nineteenth centuries (and) with their weapons, their ships, and their tactics, European armies conquered the Americans, Africa, portions of Asia, and the Indian subcontinent.” In the process, the Europeans exported their technological advances to those they conquered, spreading knowledge.


The concept of being a “citizen soldier” developed out of war. “During the medieval and early modern eras, wars were fought by small feudal levies and professional or mercenary armies” but “beginning with the French revolution and Napoleonic eras, the size of national military forces began to increase substantially.” Not only did war become very expensive, a nation’s people had to be given a reason to feel they were defending or expanding the interests of the nation, having loyalty to the state. They had to be paid; funding had to be raised via taxes and bonds and, beyond conscription, others had to feel inspired to participate in making the instruments of war.


“In the modern world, military success requires a strong economic base to support the armies, weapons, training, and logistics need to prevail in serious or protracted combat.” Indeed, “the level of economic development is the single most important variable explaining military outcomes over the past century or so.”


The United States has enjoyed the greatest, thriving economy since the end of World War II, but public opinion has played a significant role, via Congress, elections, and public displays of support or resistance to whether the U.S. has entered a war or relinquished combat. The role of the President to encourage participation or resist combat is the other significant factor.


President Obama, who was elected twice on the promise to withdraw U.S. troops from Iraq and Afghanistan, now faces the decision whether to employ military power to attack the Islamic State. Failing to retain our troops in Iraq or to engage jihadists in Syria is credited with its emergence and its threat.


The images of Islamic State barbarity, as well as its deliberate slaughter of Christians in the Middle East, is tending public opinion to the need to destroy it before it exports its violence to the U.S.


As Prof. Ginsberg points out, “Tolerant, politically liberal individuals shrink from using violence under almost any circumstance” but “in the international realm, by opposing war and violence they are effectively condemning many peoples to live under tyranny.”


At home, “America is a country whose citizens are connected to one another and to their government less by the blood in their veins than the blood they have shed—their own and that of others.” We honor our veterans. We have national holidays to celebrate our past victories.


We need a victory in the Middle East. We had one in Iraq until President Obama militarily abandoned it. We have troops in Afghanistan that are the only thing between its modernization or a return to the oppression of the jihad.


One way or the other, whether we respond to the current threat or not, wars will be fought, won or lost.