Killing Confidence in Our Government 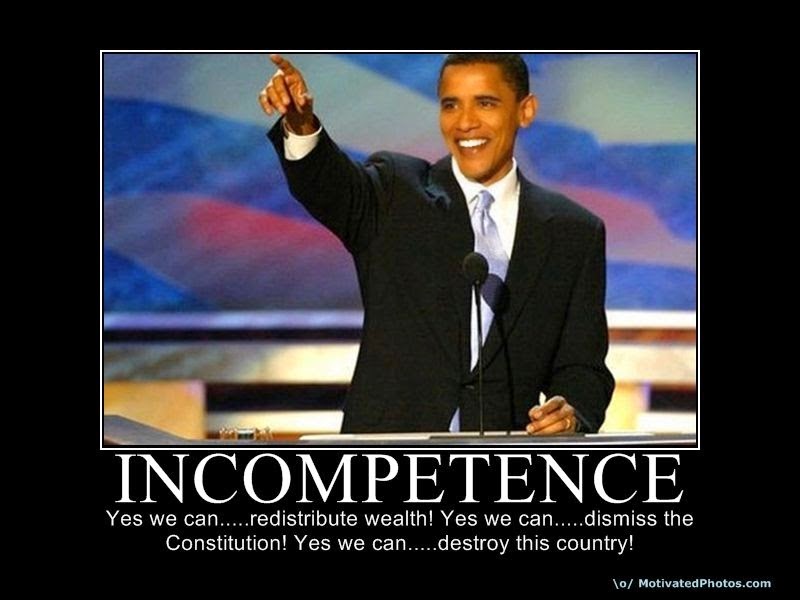 
What has been the over-riding theme of life in America since Barack Obama became President in 2008?


It has been the continued loss of confidence Americans have regarding various elements of the federal government. From the Centers for Disease Control, the Veterans Administration, the Secret Service, to the Department of Justice and the Internal Revenue Service, these and other agencies have been tainted in ways that have turned his two terms into a litany of scandals and failures.


Obama is a President for whom politics is the sole reason against which every decision is made.

The latest example was the naming of an Ebola Czar. “Sources confirm to Fox News that President Obama plans to name Ron Klain, a longtime political hand with no apparent medical or health background.” In the past, Klain has served as chief of staff to Al Gore and Joe Biden. Does this make you feel any better about the Ebola threat?


I think that most Americans—not the “low information” ignorant ones—are experiencing a generalized depression about the nation these days. It’s a sense of weariness because our paychecks don’t stretch enough in the supermarket where the cost of food, particularly meat and fish, is soaring.


We wonder about the quality of education our children or grandchildren are receiving. It’s poor when compared to other nations and it undermines a belief in America's exceptionalism.


In growing numbers younger Americans are choosing not to marry because of the costs involved and because we live in a society that no longer frowns on a couple living together; nearly half of marriages end in divorce. And then there’s same-sex marriage, a concept that was unthinkable not that long ago and for centuries in all societies.


We’re now six years into the Great Recession thanks to a White House that thought that, if the government spent $834 billion on top of the national debt, it would somehow “stimulate” the economy but government spending did not relieve Americans during the Great Depression, generate new jobs or achieve anything else that this tried-and-failed liberal theory was said to do. Who was in charge of Obama’s “stimulus” program? Ron Klain, the new Ebola Czar.


Cutting taxes, slowing and reducing regulations, and generally getting out of the way to allow people to start or expand their businesses works, but the White House went the other direction.

As an October 16 Wall Street Journal editorial noted, “Millions of American families haven’t had a raise in after-inflation incomes in years, but in Washington times are flush…the U.S. federal government rolled up record revenues of $3.013 trillion.” Individual income tax receipts rose by 5.9%, along with payroll taxes and corporate income taxes—very nearly the highest in the world—increased 16% to $321 billion.


Only the naïve or ignorant believe that the government knows how to spend our money better than we do, but liberals—Democrats—do. Their answer to every problem government encounters is more money, but not to repair and expand the infrastructure, roads and bridges, on which the nation depends and not for a military that is currently at low pre-World War Two levels of personnel and old equipment of every description.


Our current Secretary of State, John Kerry, is going around echoing the President, telling people that mankind is doomed because “climate change” is coming and will destroy all life unless billions or trillions are spent in ways that will avoid it. Only no one can avoid climate change because that’s what climate does; it changes with well-known and predictable cycles tied to the Sun’s cycles.


Our military’s mission is now being redirected to addressing “climate change” at a time when, having been withdrawn from Iraq, a new, larger and far more dangerous entity, the Islamic State, has emerged, stretching into Syria as well.


The President recently gave an interview to France’s Canel+ TV Channel and said that the American people need to be better educated about Islam, claiming that the U.S. should be regarded as a Muslim country because of the number of Muslims living here. The truth is that the U.S. has one of the smallest percentages of Muslims of any Western nation, about 1.5% of the population. Americans know everything they need to about Islam. They recently watched two of their countrymen beheaded by the Islamic State.


The President appears to prefer unapologetic liars as his advisors. Consider Susan Rice who came to fame by lying on five Sunday television shows that the Benghazi attack in 2012 was the result of a video no one had seen and more recently said that Turkey had agreed to permit the U.S. to undertake military flights to attack ISIS only to have Turkey deny that within hours. She is Obama’s national security advisor and that is cause enough for concern, but guess to whom the new Ebola Czar, Ron Klain, will be reporting? Susan Rice.


While Obama has been in office the population has been growing by virtue of the millions of illegal aliens that have been entering. This year there was a dramatic virtual invasion of children and others from Guatemala and San Salvador at the invitation of the President. They were quickly dispersed throughout the U.S. and just as quickly schools around the nation began to report outbreaks of the diseases they brought. At the same time, deportations have declined this year.


The President has sent more than 4,000 of our military to Africa’s Ebola hot zone and he did so rapidly as what will be described as a humanitarian gesture, but he has never seen any necessity to dispatch our military to our southern border to stem illegal entry. Indeed, his administration has taken Arizona to court when it passed legislation to address the problem. In the meantime, we are left to wonder what will happen if our soldiers become ill with Ebola?


Indeed, his signature legislation, ObamaCare, is destroying our healthcare system and is a testament to the lies he repeatedly told before the Democrats in Congress passed it in 2009. No Republican voted for it. After the midterm elections, hundreds of thousands will learn that their employers will no longer provide them with healthcare insurance.


Americans are left to wonder how the nation can survive a President who has steadily engaged in programs that have harmed America’s economy—he is the first to have had our national credit rating reduced.


In the process he has ignored the limits imposed on his office by the Constitution. The courts have repeatedly rebuked this.


On November 4th voters will have an opportunity to go to the polls and vote out as many of his supporters, incumbent Democrats and candidates for Congress, as possible.

Our confidence in our government must be restored with new leadership.