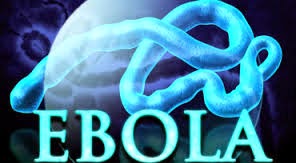 
What does it tell you when Britain and France have stopped flights to and from the nations in Africa where Ebola has become a threat and the United States has not taken a similar measure?


What does it tell you when the President sends 3,000 U.S. troops on a “humanitarian” mission to West Africa? It tells me he has put the U.S. at risk if any or a portion of these troops return after having been infected.


As always history has lessons that cannot be ignored. In 1918 and 1919, there was a pandemic of the Spanish influenza that caught nations by surprise, infecting an estimated 500 million people and killing between 50 and a 100 million of them in three waves. It began in the U.S. in March 1918 at a crowded army camp, Fort Riley, Kansas.


As these troops, living in close proximity to one another, were transported between camps, the disease spread quickly even before they were assembled on East Coast ports on route to France. They in turn brought it to the trenches of war in Europe.


The second wave struck in 1918 at a naval facility in Boston and at the Camp Devens military base in Massachusetts. October 1918 was the most deadly month in which 195,000 Americans died. The Harvard University Open Library notes that the supply of health care workers, morticians, and grave diggers dwindled and mass graves were often dug to bury the dead. There were subsequent outbreaks in 1957 and 1968.


And, at some point, 3,000 U.S. troops will be returning from West Africa to military facilities here at home.


Thus far we have been fortunate to have identified the case of the Ebola victim who had entered the nation from Liberia, but there are few guarantees that more will not be found or deterred. The Oct 4 Washington Post reports that “Since July, hospitals around the country have reported more than 100 cases involving Ebola-like symptoms to the federal Centers for Disease Control and Prevention.”


Largely unknown is that 90,000 Americans die annually from preventable infections they acquire while in hospitals!


The concern about illnesses entering the U.S. is particularly true of our southern border which remains porous. Thank goodness Texas has taken measures to tighten its border security, but I am reminded that the Obama administration sued Arizona when it attempted to increase its security against the influx of illegal aliens. 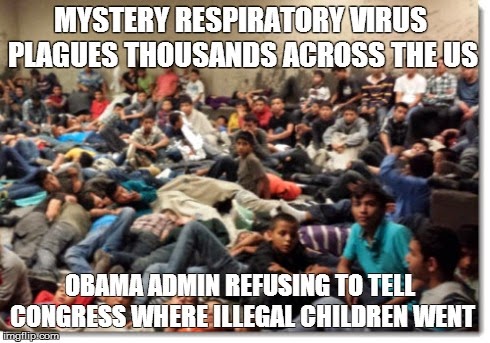 Obama is the President who engineered an invasion of thousands of children and others from Latin America and then distributed them to various states without informing their governors or other authorities of who and where they were. Not surprisingly, in recent months cases of an enterovirus respiratory disease affecting school-age children have been reported around the nation.


Obama has no regard for the sovereignty of the nation or its immigration laws.


This is the same President who has made it clear that he intends to extend amnesty by executive order to an estimated eleven million illegal aliens, but not until after the midterm elections in November. I doubt that he has the constitutional power to do this. I hope the U.S. Congress has the means and the will to negate this.


The U.S. has a healthcare system that is the envy of the world, but the introduction of ObamaCare is already having negative effects on its administration and the former system of privately purchased healthcare insurance. Hundreds of thousands of Americans who had such insurance have lost it and those who signed up for ObamaCare are discovering it is far more expensive.


Perhaps the most under-reported story thus far regarding Ebola is the fact that in 2010, according to The Daily Caller, “the administration of President Barack Obama moved with virtually no fanfare to abandon a comprehensive set of regulations which the Centers for Disease Control and Prevention (CDC) had called essential to preventing international travelers from spreading deadly diseases inside the United States.” Among the viral diseases of concern was Ebola.


I want to have confidence in the Centers for Disease Control, but after witnessing the failures of one government agency after another including the Secret Service, I wish I felt better about them.

I have no doubt its staff are seriously concerned and doing what they can to respond to the threat, but I also think they and the rest of us are at risk from a regime led by a man whose incompetence has written a new chapter in the history of the presidency.


I wish that I felt confident that the Obama administration will take such steps as are necessary to keep the Ebola threat from harming the health of the nation such as not issuing visas to those from the affected nations in Africa, but the record to date limits that confidence.