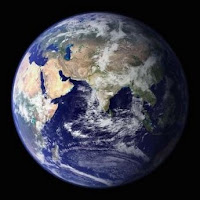 It is the height of vanity to think the Earth will come to an end shortly after one’s mortal life ends. Some people think that, without them, the Earth cannot survive and we call these idiots environmentalists and, sometimes, megalomaniacs.

A perfect example of this is James Lovelock, the man credited with coming up with the Gaia Theory that says the Earth is a living creature and, of course, that humans are some kind of horrid cockroach infestation that is destroying it.

Now in his 90s, Lovelock has written “The Vanishing Face of Gaia: A Final Warming.” This book is an extension of all the other astonishingly bad “science” that has brought fame and fortune to Lovelock as he and other alleged scientists began warning that “global heating may all but eliminate people from the Earth.”

Like Al Gore and James Hansen, two other prominent “global warming” charlatans, Lovelock continues to say that the Earth is warming while, for the past ten years, the meteorological satellites and other measurement instruments have reported a distinct cooling trend. At the same time, the Sun which is the primary instrument of the Earth’s climate cycles, has gone “quiet.” It is currently into one of its well known cycles of low to no sunspot activity.

At the heart of all environmentalist propaganda is the view that humans are causing “global warming” and destroying the Earth by doing things like raising crops and animal stocks to eat, using the abundant oil, natural gas, and coal sources as energy for transportation and the maintenance of our lives and industries, and generally fouling everything we touch from our rivers, oceans, land areas, and other species.

“Simply cutting back fossil-fuel burning, energy use, and the destruction of natural forests will not be a sufficient answer to global heating,” says Lovelock, oblivious to the reality of a cooling planet; one that is on the cusp of a predictable ice age since we are now about 11,500 years into an interglacial period since the last one.

Why anyone credits Lovelock with having any special knowledge or insight is beyond my understanding. He made his early reputation for his discoveries in the transfer of infectious disease and advances in the measurement of trace gases in the Earth’s atmosphere. The man is not a climatologist or meteorologist.

Lovelock and others keep telling people that carbon dioxide will be the death of all of us, claiming erroneously that it is critical to the amount of heat that exists in the Earth’s atmosphere, but CO2 is barely 0.038 percent of the atmosphere, a very minor player that shows up in increased amounts 800 or more years after any major climate change.

Moreover, there have been periods in the Earth’s past when there was a lot more CO2 and, not surprisingly, forests, jungles, and all manner of vegetation were even more abundant than now. Dinosaurs grew to huge sizes thanks to the rich diet available or by dining off of the herbivores. And then they went extinct. No one suggests they died from an excess of CO2 in the environment.

The essential problem with Lovelock’s theories about carbon dioxide and global warming is that they lack any scientific merit. The other problem is that environmentalists and politicians worldwide have latched onto them as a means to exert total control over the lives of everyone on Earth.

If Lovelock were just an obscure scientist raving about the end of the world in some English pub, we could happily ignore him, but he is one of the founders of the movement that has been taken up by the United Nations and implemented in various ways by nations that have wasted billions on so-called “clean energy” such as wind and solar energy, biofuels like ethanol, and the set-aside of vast areas of America to ensure that millions of tons of coal cannot be mined, nor billions of barrels of oil and cubic feet of natural gas tapped for our use.

Always, at the heart of Lovelock’s and environmentalist programs is the view that humans are to blame for the Earth’s extraordinary, chaotic, and uncontrollable climate systems.

Lovelock despairs that “No voluntary human act can reduce our numbers fast enough even to slow climate change. Merely by existing, people and their dependent animals are responsible for more than ten times the greenhouse gas emissions of all the airline travel in the world.”

Lovelock thinks it was “brave” for ten thousand people to make the long journey to Bali, the site of the last United Nations climate control conference, but says that “As we hold our meetings and talk of stewardship, Gaia still moves step by step toward the hot state…” No, Jim, Gaia—Earth—is cooling, not heating. That invalidates all the rest of the gibberish in his latest book and the lies President Obama and others keep telling about global warming.

When it comes to the Earth, Lovelock says that it has “not evolved solely for our benefit, and any changes we make to it are at our own risk. That way of thinking makes clear that we have no special human rights; we are merely one of the partner species in the great enterprise of Gaia. We are creatures of Darwinian evolution, a transient species with a limited lifespan, as were all our numerous distant ancestors.”

Unlike other “transient species”, however, the human one has organized itself into complex societies that permit it to use energy sources to build vast cities, developed transportation that move millions around the globe every day, have communications systems that allow people to address all manner of needs and problems, created agricultural systems that feed six billion people every day, discovered how to eliminate or cure diseases that threaten our lives, and also found time to create music, drama, and literature that enhances our lives.

All this has occurred in the very brief period of about ten thousand years from the days the first humans stood upright, banded together in families, tribes, and nations, and about five thousand years ago began to devote most of our time to looting, pillaging and killing one another with greater efficiency.

Lovelock is now closing in on his own mortality and the odds are that he will join the many other prophets of doom who despise their own species while worshipping an Earth that constantly reminds us all with earthquakes, tsunamis, volcanoes, floods, droughts, ice ages, and other natural calamities that we are not in charge of anything.
Posted by Alan Caruba at 12:33 PM

“Isn’t the only hope for the planet that the industrialized civilizations collapse? Isn’t it our responsiblity to bring that about?” - Maurice Strong, founder of the UN Environment Programme...

The above quote almost needs no further comment, only to say that it should be plastered on billboards around the world so that people can judge the motives of the doomsayers.

The hardcore Greens regard humans as a cancer on the Earth, an infestation. They are contemptable.

Total agreement, Alan. These evil people have inveigled the world's ruling Panjandrums, the hoi poloi, and its religions, of which environmentalism is the new kid on the block.
We have a perfect right to be here, to use earth's resources, and every right to be proud we have slithered from our muddy origins to be top dog, today.
We do not know where evolution will take us - perhaps back to the bog, perhaps to even more wonderous achievements. One thing is sure, as the only species able to do so, we must utilise our earth - with due respect to our home - to advance our civilization and progress ceaselessly.
Unfortunately, along the way, we meet with the Gore's, Hansen's, Lovelock's, Strong's and the rest of the hateful oxygen thieves that want to destroy us. Time is the great equaliser and the clock is ticking for these hoods.
We have some 4billion years before the sun gobbles us all up in a supernova, goodness knows what natural regime will be ruling, then, but let us hope we have overcome these supercilious buffoons to enable us a way out - but don't hold your breath until then.

You know, maybe it doesn't matter if we cause the death of the earth(I know we aren't- but to think lke these nuts) if the earth warms to where we all die- that would be a good thing for the earth, because then when we're all gone, the the earth could get better.
Oh it hurts my head to think like a crazy person.
God Bless Mr. Caruba!

Thank you, Carolyn. Want to see what the Earth would look like if it got a lot warmer? Take a look at Mars.

I agree wholeheartedly with your very well written article. It's a totally liberal fascist, hatefully eugenic idea come to near-fruition that seems to have gained the upper hand to denounce the human specie on this far-from-dead planet. But of course, people such as you mention: Lovelock, Gore, et al. know better. What diabolical fool they be, the truth be known.

The interesting thing about Lovelock is where he differs from the standard Green.

The latter completely rejects modernity. That's why they demand non-solutions like windmills and wave power. Even Greens of the meanest intelligence understand that they cannot reduce our CO2 output by the 80% demanded unless we massively reduce our electricity consumption. Without that reduction, they and their back up power supplies probably exceed the current CO2 output.

Now Lovelock believes in the same apocalyptic future as the Greens but he is demanding the only logical solution - a massive switch to nuclear power. The fact that the Greens reject this out of hand shows their true modus operandi.

Lovelock is 92 or so, his fellow extremer-than-extremist Paul Ehrlich is 76 years old; modern civilization, medicine, clean water, etc have given them both longevity -

but nothing in Heaven or Earth ever gave either one of them a lick of sense.

A tragedy, really. Old age is expected to bring wisdom and neither one of them gained any more wisdom than a befuddled adolescent in all those years.