On Not Understanding Capitalism or Liberalism 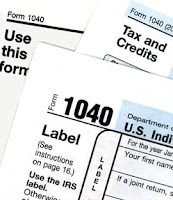 Not long ago, Rasmussen Reports conducted a national telephone survey and asked “American adults” if they believe capitalism is “better” than socialism. I found it disturbing that only 53% responded that they did.

That is a very bare majority of Americans who think capitalism is a better economic system than one essentially controlled by unelected bureaucrats, no matter where it’s found.

Fully 20% thought socialism is better and 27% weren’t sure.

It turns out that age has a lot to do with your attitude about capitalism. Adults under 30 were evenly divided. “Thirty-somethings,” Rasmussen reported, “are a bit more supportive of the free-enterprise approach with 49% for capitalism and 26% for socialism. Adults over 40 strongly favor capitalism, and just 13% of those older Americans believe socialism is better.”

I have no proof of this, but I suspect that most Americans would have some measure of difficulty defining the differences between capitalism and socialism. One of my favorite definitions is by Winston Churchill who said that “Socialism is a philosophy of failure, the creed of ignorance, and the gospel of envy; its inherent virtue is the equal sharing of misery.”

Back in the 1940s, Norman Thomas, a U.S. Socialist Party candidate for President, said, “The American people will never knowingly adopt Socialism. But, under the name of ‘liberalism’, they will adopt every fragment of the Socialist program, until one day America will be a socialist nation, without ever knowing how it happened.”

If Thomas were alive today, he would no doubt take a great deal of pleasure in Social Security, Medicare, and other “entitlement” programs that constitute a third or more of the nation’s annual budget. They are not voluntary.

The problem all such programs are encountering is that they are going broke. As the demographics of the nation change, we are running out of a younger, working population for the support of older ones. Europe has long since arrived at this point.

The irony is, of course, that capitalism is the only system that has a built-in motivation (called risk) for people to start new businesses, employ others, and strive to grow and succeed. America is one long story of such entrepreneurship, of venture capital looking for the next new idea, new product, or new service.

Capitalism also caters to the most inherent attribute of humans; greed. What is always overlooked, however, is the way wealth, once acquired, finds expression in philanthropy. Countless worthy causes in the arts, health, scholarships, aid to the less fortunate, et cetera, flourish because of private giving. And there is much to be said for inheritance; the right to pass on one’s wealth and property to one’s family.

Thus socialism is counter-intuitive to how humans organize themselves, their lives, and their societies.

As former President Ronald Reagan put it, “The Founding Fathers knew a government can’t control the economy without controlling people. And they knew when a government sets out to do that it must use force and coercion to achieve its purpose.”

As we close in on April 15, the date your income tax payment is due, the power of governmental coercion becomes quite evident. It is also the day this year that nearly two thousand “Tea parties” will be held around the nation to protest the tripling of the nation’s deficit, the proposed increases in taxation, along with the wastefulness of so much of what passes for government spending.

The Unconstitutionality of “Bailouts”

There needs to be another item on the Tea Party agenda. It is the fact that the “bailout” monies disbursed to General Motors and to a variety of banking, investment, and the huge AIG insurance company are totally in violation of the U.S. Constitution that forbids government choosing what enterprises will be allowed to continue or fail.

Judge Andrew P. Napolitano warns against this in his most recent book, “The Revenge of Dred Scott.”

Now consider this: This year’s bailout, stimulus, and other spending binges have obligated future generations of Americans to $12.8 TRILLION in debt, according to a recent Bloomberg study. Meanwhile, Congress and the Obama administration are poised to impose a bogus “climate change” program that could cost $3 trillion and regulate every aspect of our lives.

America is at a critical turning point and it must, if it is to have any future whatever, turn away from this profligate and very liberal use of the public treasury, combined with the baseless “cap-and-trade” program of carbon credits that will cripple what economy is left.

Socialism aka liberalism, as it is currently being put into effect by the Congress and the White House, prevents the failures that are necessary for the correction of bad management and bad judgment.
Posted by Alan Caruba at 12:42 PM

Are American's becoming socialists? I don't believe so.

I do believe that a growing number of Americans have no idea what real socialism is. Browsing around - I've seen hundreds of definitions for it, few of them accurate.

"spreading the wealth around" is not socialism. That's simply screwed up taxation.

Socialism is when government takes ownership completely away from a business owner and then decides what everyone in the company should make.

And we are indeed headed that way.

When government officials - like Obama or his underlings - presume to fire a CEO and hire someone in it's place...... an act that has no basis in law..... you are well on your way to socialism.

When banks beg to give bailout money back - but the government tells them they cant.... That is socialism.

When the government begins deciding what executives in a company can make... that's socialism.

All of which have transpired in the past few months.

So the American people are going to have to decide if they are truly ready to become a slave to the state.... To be controlled, owned and rationed by the state.

How is that freedom?

Would you rather fail as a free person..... or just get by as an owned person.

That choice is here.

You make some good points, Danny...and your website is quite unique, highlighting the low lifes amidst us.

The bottom line is this ... Capitalism has been labeled a "bad word" by our media and our left-wing educational system. Profit and success are now something to be ashamed of. As long as we continue to allow our youth to be indoctrinated with these ideas, the number of people who support capitalism has no way to go but down .... and so will our way of life.