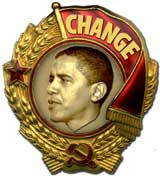 Growing up as the son of a Certified Public Accountant and, later, as the brother of a CPA, the talk around the dinner table was frequently about taxes and the Internal Revenue Service. Being quite young at the time, the minutia of the discussion escaped me, but I came away with a strong sense of how the IRS could wreak havoc in the lives and enterprises of clients who had run afoul of its impenetrable regulations.

These days the Tax Code of the United States is so huge and being added to on a daily basis that it is impossible for anyone to understand, but one need only understand that those like the current Secretary of the Treasury and other appointees of the Obama administration understood the need to avoid paying the full amount of what was due until or unless they were caught.

Cheating on one’s taxes has achieved a perverse patriotic status given the way the federal government redistributes the revenue via a Congress that exists only to pass multi-billion dollar spending bills with thousands of “earmarks” that are intended to ensure their reelection in their districts or states.

Moreover, the federal government has completely ignored the U.S. Constitution that forbids “bailouts” that disburse funds from the public treasury to private enterprises.

James Dale Davidson of the National Taxpayers Union and the author of several books on the way the government both collects and disburses tax revenue said “The politicians don’t just want your money. They want your soul. They want you to be worn down by taxes until you are dependent and helpless. When you subsidize poverty and failure, you get more of both.”

The present financial crisis is based entirely on government mandates that required banks and mortgage firms to make bad home loans to people who would, in a previous era, never have qualified to receive them and then used government sponsored enterprises, Fannie Mae and Freddie Mac, to purchase those bad loans.

They, in turn, “securitized” them and sold them to insurance, banking and investment houses that fell victim to what is arguably an insane policy based entirely on the liberal belief that everyone has “a right” to live in their own home even if they could not afford it.

Americans gathered in the hundreds of thousands from coast to coast on April 15, the day taxes are due, to protest not just the manner in which the financial crisis was brought about, but to protest the present plans of the Obama administration to carry out the warning Davidson issued.

“Tea Parties” are named for the best known tax protest in pre-Revolutionary, colonial America against those imposed by England, demanding “No taxation without representation.”

The harsh reality of our present times is that Americans have no representation in either Congress or the White House.

The will of the people is being trampled upon by extreme left-wing ideologues that ginned up and then used the fatigue and disapproval of enough Americans for the previous Bush administration to acquire power.

Forgotten amidst this is the fact that many conservatives protested the Bush initiatives ranging from No Child Left Behind to a proposed amnesty for illegal aliens, to the failure of the former President to veto any spending bill for six of the eight years he held the office.

We have arrived at a point where citizens must organize and gather in meetings around the nation to demand to be heard. My fear, however, is that the Democrat controlled Congress and, most certainly, President Obama has no intention to listen or respond to the will of the people.

Driven by the belief that the federal government alone knows best and aided by the way the individual, sovereign powers of the states has been steadily eroded by federal programs that can threaten to withhold funding vital to their needs, the liberals in charge know they must impoverish Americans in order to make them entirely dependent on the central government.

It is no accident, as commentator Paul Driessen points out, that that the current indebtedness imposed on Americans through spending and taxation “is more accrued debt than 43 previous administrations combined, and it doesn’t include the cost of servicing this debt or the U.S. share of the $1.1 trillion ‘global stimulus’ devised by the Group of 20, to be administered by professional spenders at the International Monetary Fund.”

Looming in the near future is a “climate change” bill that would impose a “cap and trade” government auction of “carbon credits” that U.S. industries and businesses would be required to purchase. Every business enterprise would have to spend millions to acquire these credits in order to use energy to produce the goods that constitute the wealth they generate for investors, employees, and the economy in general. The cost of these credits would be passed onto consumers.

There is no “climate change” crisis that can or should be addressed by the U.S. government. The Earth is not warming. It has, for a decade, been cooling. This is due in part from reduced solar activity in the form of cyclical reductions in magnetic storms known as sunspots.

The alleged “global warming” has been exposed as a huge hoax perpetrated on an international basis to enrich the United Nations while positioning it to become a global government.

The Obama administration is engaged in a vast effort to deny the expansion and development of the energy sources America needs as its population increases and it is doing so under the false flag of “climate change.”

No amount of “clean energy”, solar and wind, will ever substitute for oil, natural gas, and coal. Vast reserves of these energy sources exist and it is the U.S. government that refuses to permit access to them. So-called clean energy constitutes barely one percent of the energy used by the nation.

The lies being told daily by President Obama and the collusion of Democrats controlling the Congress are the single greatest danger facing the nation.

One can only hope that the Tea Parties held on Tax Day mark a massive push-back against a plot to impose an unconstitutional and un-American effort to render Americans too poor, too dependent, too weary to fight back.

The future of the United States of America literally hangs in the balance.
Posted by Alan Caruba at 9:16 AM

Alan I went this morning to a Tea party in Syracuse. Here's the site info.Nice day. A little on the cool side. I wore a flannel shirt with a sweatshirt under that.The temp was in the 50's. Still cool.

I also took 24 pictures and posted them on my blog.
http://miketrani.com/gallery/Syracuse-Tea-Party

Thanks for sharing your day with us. The photos are ample proof that a good crowd turned out. This seems to be the case nationwide.

The real test is yet to come and that will require a huge turnout in Washington, D.C. Congress and the WH have to be confronted in ways they cannot ignore.

After that, we have to wait until the 2010 elections to turn out any incombent who voted for the bailouts, taxes, and stimulus.

I was so wanting to make it to a tea party today! There are so many reasons why I am frustrated, as so many people of all political parties are. Now, eventhough I couldn't make it, the fact that I am in total agreement with the people finally speaking up, I, along with you and every other Constitution loving, small government wanting, Bible clingin',conservative who is against illegal "immigrants", is now considered a homeland security risk. Go figure~
God Bless you Mr. Caruba

I went to my local tea party, and since I was dressed in clothing that many would consider to be a little unusual (camoflage shirt and matching hat), I was interviewed by one of our loal TV stations. I'm guessing that they were hoping for some sort of right-wing extremist rant, which they could then broadcast on the nightly news to show how crazy we all were. I'm happy to say that I think I surprised them. I stayed on topic, and told them exactly what the issue is ... government spending out of control, and the total trampling of our Constitution. Funny, they didn't use my interview .... in fact, the few they did use pretty much mimicked mine. They looked so disappointed ...