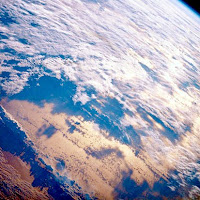 Below is a recent post by the U.S. Weather Service. I have added some boldface to elements of the text.
· Due to the unusually cool and wet conditions in June…here are some interesting facts to note:
· This June is tied for the 8th coolest on record. The average temperature was 67.5. (That’s) 3.7 degrees below normal…which also occurred in 1897.
· This was the coolest June since 1958…when the average temperature as 67.2 degrees.
· Below average temperatures occurred on 23 out of 30 days this June…or 75 percent of the month
· Central Park has not hit 90 degrees in the month of June this year. The last time this occurred was back in 1996.
· Central Park has not hit 85 degrees in the month of June this year. The last time this occurred was back in 1916. This has only occurred two other times…1903 and 1886.
· The low temperature dipped below 60 degrees eleven times in the month of June. The last time this occurred was in 2003 when it occurred seventeen times.
· It was the second wettest June on record with 10.06 inches of rain. The wettest June on record is 2003 with 10.27 inches.
· There were 19 days this June where there was at least 0.01 inches of rainfall. This has never occurred in Central Park.
One month does not a climate cycle make, but when one considers that the Earth has been cooling since 1998, it is a snapshot of things to come. Given the recent effort by the Environmental Protection Agency to silence one of its analysts whose report debunked the entire rational for the “Cap-and-Trade” bill passed by the House, it is amazing that the U.S. Weather Service is being permitted by the Stalinist Obama administration to actually report some “interesting facts” that demonstrate that the weather for the U.S. is cooling, not warming.
Now let it be said there is a difference between “weather” and “climate.” The weather, no matter where you are on planet Earth is what is happening in a particular place at a particular time.
The climate is measured in decades and in centuries. Clear trends emerge and they are given names like “ice ages” and the past is broken down in a variety of ages from the Paleozoic era to the Cenozoic, to the Mesozoic, the latter including Cretaceous, Jurassic, Triassic, Permian, Pennsylvanian, and Mississippian. We are currently in the Holocene era, dating from about 10,000 years ago.
Human civilization such as we know it---cities, agriculture, trade---didn’t show up until 5,000 years ago. Suffice it to say this was long before the Industrial Revolution which the Greens blame for a warming that is not happening.
The cooling being seen now reflects the way that, from around 1300 to 1850, much of Europe and North America suffered through a mini-ice age.
Simple logic and common sense suggests, given the very low sunspot activity of late, that we are headed into a similar climate cycle and the low temperatures in June, not seen since as far back as 1867 and 1903 appear to confirm this.
This is why a Cap-and-Trade bill whose alleged purpose is to reduce carbon dioxide emissions, blamed for “global warming”, is a complete and total fraud.
Any Congress that passes this law and any President who signs it is engaged is treasonous behavior because it is a massive tax on the use of energy, the single most essential factor for the revival of our failing economy.
Posted by Alan Caruba at 2:46 PM

Pest control people are attuned to the weather because so much of what we do is impacted by the weather. Here in northern Ohio I have hardly used the air conditioning at all. I'm not even sure if we had a 90 degree day here yet. As for those hot humid nights…….we haven’t had those either. This is the coolest, wettest summer I have ever seen.

And to think that this cooling is occurring while the CO2 levels have been rising. Next year the Global Warning Scare will be that CO2 causes global cooling and we need to shut down everything; and right now, because the Earth is at the tipping point. I have lived through a lot of green tipping points in my life.

As for the latest from John Holdren, the "science" czar, he is calling for a comprehensive planetary regime to control development and distribution of all the world’s natural resources, and that includes human reproduction with an international police force to ensure the strategies were carried out. He believes that the government needs to start imposing abortions to save the world from population growth, and worse yet; he believes that U.S. Constitution allows for such authority. He was a collaborator “In 1977 with Paul R. Ehrlich, author of "The Population Bomb," and his wife, Anne, to pen "Ecoscience: Population, Resources, Environment."

Amazing! All of that Ehrlich claptrap has been exposed as junk science and now thirty seven years later he still clings to this stuff because of the of the global warming scam. Frightening; all of this potential slaughter in the name of the environment!

What is truly amazing is that there is ample evidence that every program the greenies promote here have caused nothing but dystopia everywhere else in the world, and somehow we believe that it will be different here. When the leaders of the environmental movement make misanthropic comments about humanity and that the Earth is better off without mankind; why do we believe them when they say that we should adopt their policies, “because it is for the children”?

There's a lot of "treasonous" behavior going on in this country right now. Here in Columbus, our city government is playing the same game the State of California is playing ... threatening us with cuts in ESSENTIAL services or higher taxes in order to balance the budget. Now, call me crazy, but wouldn't cutting ESSENTIAL services (police, fire, sanitation services)when there are all sorts of other NON-ESSENTIAL programs and services to cut fall under the category of gross malfeasance, dereliction of duty, or some other such term? It's time for the people to stand up to these criminals and call this what it is ... EXTORTION, and doesn't that fall under the category of treason when you're a government official? In my opinion, it's at least an impeachable offense. They're willfully ignoring their commitments to public health and safety in order to continue funneling money into their pet programs and political cronies and it has to stop. This is going on at every level, from the Federal government, all the way down to mayors, city councils, and school boards. THREATENING us, the taxpayers, with cuts in essential services when we've made it perfectly clear that we expect them to work out a budget with the funds we've provided them with is simply unacceptable. I, for one, am getting sick and tired of it....

If you haven't seen this yet, it will make your day. It starts...

"Imagine how wonderful the world would be if man-made global warming were just a figment of Al Gore’s imagination..."

Thanks, Alan, for another good read.

It's hard to believe that rational people believe all the dire predictions of global warming. I don't know about others, but I'm getting annoyed with their constant chattering.

My guess is that the global warming business is to keep our focus from the REAL disasters that are coming our way.

I agree with the first two guys that these "public service" people need to provide the public service they said they would when elected or appointed. Otherwise they should be fired, impeached, whatever will get them out of office.

Aah, but the logic is clear. The urgency for enacting the Cap-and-Trade bill the sooner they can take credit for the cooling that’s occurring.

I'm not sure if I got this link here or at Watt's up with That:

See below the list of press releases, there is one entitled "Letter to SEC Chairman Mary Schapiro."

I'd be interested in other links dealing with this problem, if anyone has any.

Thanks for another great article, Alan.

Alan, you have invoked "Simple logic and common sense....." Shame on you. That's not fair. The Left has no attachment to logic, common sense or reason. They also have no knowledge of such arcane philosophical rubbish. They have only an attachment to running everything in the world all the time. That's the true goal of all this tripe about AGW, melting ice caps ad nauseum. It's all devised to gain control the means of production. All means of production. That's nothing more than Facism. Of course, once they own the means of production then we have Socialism.
It seems odd that more Americans are not publicly vocal about all this. Maybe the Press is Government controlled? Nah, must be something else.

Rich K., here are the goods on Holdren. (there are others, but that's one of the best)

And if you want to go green, it's easy, just hire someone to dig a hole and lay some pipe, then kick back and enjoy ...the consequences.

Oops, sorry, but I forgot this one, which has a short but comprehensive overview of the problem.

Today's (Tuesday) blog post takes a look at Dr. Holdren, but the links provided are terrific and most welcome.