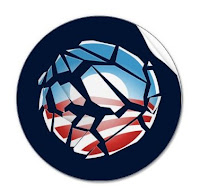 In July I wrote a commentary titled, “Electing a Moron” and cited a number of actions by President Obama that were already raising questions about his judgment.

You can read it here: http://factsnotfantasy.blogspot.com/2009/07/electing-moron.html

Since then nearly a million people showed up in Washington, D.C. on September 12 to let the President and Congress know they really, really hate Obamacare and the newly renamed “Cap-and-Trade” bill which now has an even more stupid title having something to do with “reducing pollution that contributes to global warming.”

Sen. Kerry said he didn’t understand what cap-and-trade was, but for his information it is about the sale of “carbon credits”, currently selling for about a dime each as the market for them has disappeared due to a decade of cooling temperatures on planet Earth. This moron once ran for president. The less said about his choice for the vice president slot, the better.

One might think that was a low point for the Democrat Party in its choice of candidates, but no, they selected a mystery man named Barack Hussein Obama who actually won the presidency in 2008. He promised “hope and change”, but was a tad vague about what we should be hoping for and what the change would be.

Americans were mostly hoping to get a quick end to a recession brought on by years of congressional meddling in the nation’s mortgage market; mostly by encouraging loans to people who could not afford them. Don’t blame Wall Street. They were just being the greedy bastards they have always been. What Americans got, however, was a huge bill filled with pork and passed off as a “stimulus” to the economy.

It is one thing for Americans to criticize their president, but you have to begin to really worry when the media and leaders of foreign countries begin to coalesce around the generally held view that he is an idiot.

We share a planet with these people and their opinions shape their decisions whether to throw their lot in with America or to play ball with others while protecting their own interests.

One of Great Britain’s most widely read columnists is Melanie Phillips who writes for The Spectator. In a recent column titled “Who does he think he’s kidding?” Ms. Phillips noted that “On Wednesday Barack Obama addressed the UN. If this was supposed to be a triumphal projection of the wonders of his foreign policy, his timing was singularly unfortunate. It was as if he had unveiled his shiny new bus after the wheels had come off and the engine had fallen out.”

Noting that Obama was elected primarily as the anti-Bush, she characterized his foreign policy as “Swords would be beaten into plowshares, genocidal lunatics would swap recipes and holiday snaps with their erstwhile victims and there would be peace on earth and the brotherhood of man. But we can see that everywhere Obama has applied this policy approach it has failed, humiliating America by revealing it to be weak, incompetent and naïve to the point of imbecility, and thus strengthening the enemies of America and the free world.”

A September 28 edition of The Pioneer, a New Delhi, India newspaper, lamented that “He may not relish the comparison, but it is now becoming increasingly obvious that Mr. Barack Obama is the most hostile American President for India since Richard Nixon.” It gets worse. “There has been a remarkable absence of clarity on Mr. Obama’s strategic goals. In the early months, it was easy to pretend he was making up his mind. Now, it would seem he has no mind.”

It is no secret that French president Nicolas Sarkozy regards President Obama as a lightweight when it comes to international affairs. No doubt the leaders of Russia have concluded that Obama can be rolled, given his withdrawal of a missile defense system from Poland and the Czech Republic. The Israelis, from the top down, regard him as the first U.S. president in history who is genuinely hostile to their defense and indifferent to the growing threat from Iran.

While western nations like Germany and, soon, Great Britain are abandoning the socialist model, President Stupid, aided by Nancy Pelosi and Harry Reid, is desperately trying to convert America into a socialist nation, transferring all power to the federal government.

I could take you on a world tour of media who all express the same misgivings about Obama. It is abundantly evident that the only newspapers that think Obama is the greatest thing since sliced bread and canned beer are those in America. And some of them are beginning to have doubts.

The car wreck called Obamacare has managed to divide his own political party and the renamed Cap-and-Trade bill will contribute further to that, along with the growing tsunami of fear among Americans that he is a dithering idiot.

As this is being written, Obama still has just over 1,200 days ahead in office. Just over a year from now when the midterm elections are held, the only hope for the nation is an electoral transition of power in Congress to the Republican Party.

Meanwhile, President Stupid will continue to lay waste to the national economy, stymie our need for more energy resources, encourage the nation’s enemies, and stimulate worldwide derision as he stumbles from one speech to another in a vain effort to make up his mind.
Posted by Alan Caruba at 12:59 PM

I would say the article covered Barry O pretty well. He's a serious dumbass and he is also an ideologue which makes him a dangerous dumbass.
MGC
http://mgc-theamericanfederalist.blogspot.com/

With The Big 'O' in office, who needs enemies? While the Republican Party may be seem an oasis in the current wasteland, Michael Steele does not imbue the greatest of confidence. Leave us not forget, though the Republicans do seem to have their heads on straight in terms of foreign policy, and defense, they have proven themselves eqaully feckless when it comes to spending our money. I just hope the GOP is not 'Democrat-lite' and the voters have finally figured out where they erred.
Frankly, I believe both parties are currently dysfunctional. It's just a matter of degree. I still prefer the heffalumps over the dumb asses.

I often think that Congress more generally resembles a school yard full of the usual bullies, morons, and other unsavory types than a serious deliberative body.

The lack of civility that has long prevailed is virtually gone and it is primarily a platform for lies on just about any subject.

It has long been said that nobody's life or property is safe while Congress is in session, but there is more than a measure of truth to that and it increases as Congress continues to jigger with the economy, invariably producing one recession/depression after another over its history.

The current bunch of Democrat loonies constitutes a threat to everyone's health and the cap-and-trade bill will impose a huge, economy-killing tax that will drive business and industry offshore.